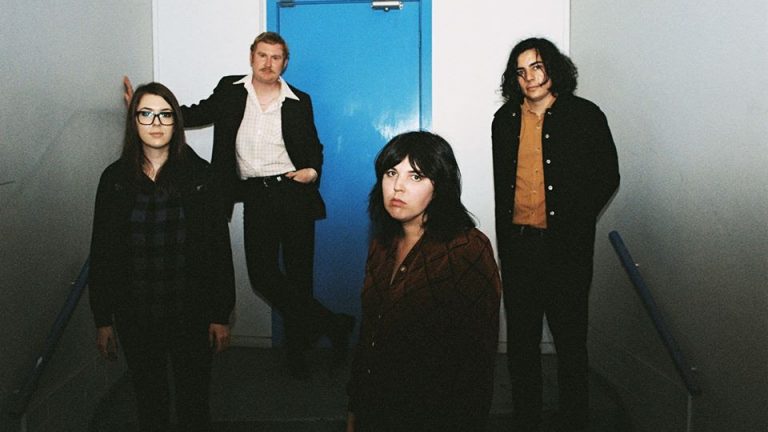 On ‘Feral’ RVG’s love for the jangle pop sound is clear. With influence coming from every corner of the genre. Ranging from the original brooding post-punk tinged 80s movement spearheaded by R.E.M in the States and The Smiths in the Kingdom. The more progressive and psychedelically tinged atmospheres of the Paisley Underground. The Aussie pub sounds of The Go-Betweens and the more downtempo vibes of New Zealand’s Dunedin Sound.

Teaming up with Berlin-based producer Victor Van Vugt (PJ Harvey, Nick Cave & The Bad Seeds), RVG were encouraged to record their instrumentals live to track, using minimal takes to establish a loose and natural feeling. This method and the polish and professionalism of the record present the band as incredibly confident in their own sound.

Sonically ‘Feral’ is cohesive throughout, varying in pacing but consistently tightly constructed and carried by soft jangly melodies, with gothic post-punk tinged riffs interspersed to create a unique atmosphere. Burying deep introspection within the records upbeat catchiness. Similarly to the muddled blend of light and dark, the record also includes a healthy amount of playful wordplay and references to keep an interesting balance. As such it’s lyrically that the album demands most attention and differentiates RVG from equally stellar contemporaries Rolling Blackouts and The Stroppies.

Vocalist Romy Vager’s powerful androgynous voice takes us on a non-linear journey through a persons obsession, love, heartache and passivity. Focusing on the timeless themes of love and change and how the two interact.

On ‘Christian Neurosurgeon’ Romy combines the conflicting thought groups of science and spirituality to highlight an absolute and omnipresent feeling. As well as the cognitive dissonance involved in blending the two. Relating back to finding a balance between blind love and critical judgement in a relationship. Its quirky title, choice of imagery, and juxtaposition of religion and science feel similar to an observation Stephen Malkmus may have penned.

Lead single ‘I Used to Love You’ is a beautiful and relatable investigation into the decay of love and the way people change, often in non-aligning directions. As well as a feeling of lack of feeling after the relationships end and questioning whether that represents emptiness or that the connection was never as strong as she thought.

The record culminates with the slow-burning and meditative ‘Photograph’. Reflecting on a rose tinted view of the past, by observing a troubled past relationship as not appearing as bad in a photograph. This seemingly liberating recognition is derailed, with the record ending with Romy asking if she can take ‘your’ photograph. Seemingly representing the inevitability of falling back into the same old mistakes.

The album chronicles a journey to freedom from the captivity of a problematic situation or relationship. Released into the wild, but not necessarily in a beautiful and liberated way. Free but troubled. Feral.