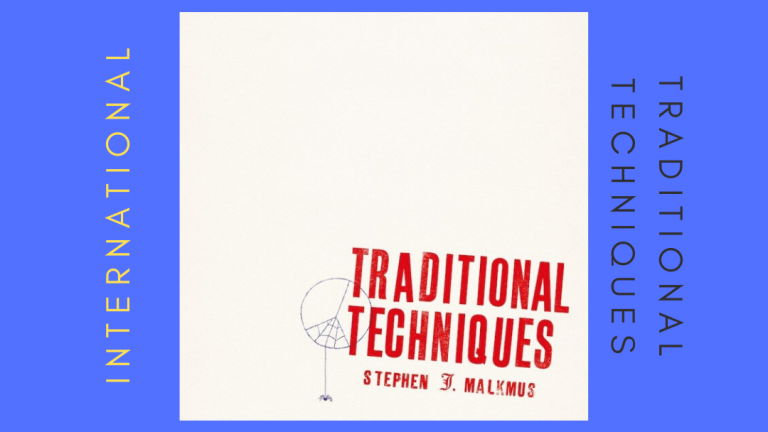 For almost three decades, Malkmus has been releasing acclaimed and influential records. From the pioneering slacker Lo-Fi indie of Pavement, to the more polished indie rock/pop of The Jick’s to the Silver Jews’ Americana to whatever the hell he feels like under his solo releases.

Malkmus has developed an idiosyncratic and playfully poetic songwriting style. This is what remains consistent, while the genres and sounds he explores shift with the tides of the music world. After last years detour into the world of synth pop with ‘Groove Denied’, where is he now?

The album opens with ‘ACC Kirtan’ which immediately foreshadows the album ahead. The track opens with both lush sitars and a flute that sounds like an episode of ‘The Last Airbender’ is beginning. This then combines with his typical folk rock strumming, sliding ‘old western’ guitars over a patient runtime, creating a moving and meditative harmony of East and West. Here, Malkmus presents the psychedelic, Americana tinged folk that underlines the album.

Throughout ‘Traditional Techniques’ these traditional eastern sounds resurface most prominently in ‘What Kind of Person’ and ‘Shadow Banned’.

‘Shadow Banned’ is a truly strange and playful song. With its heavy sitar presence one more, it feels like a George Harrison song that didn’t make the cut for ‘The White Album’.

This track, among others on the record, embraces Malkmus’ postmodern poetry. Through the tale of a user being banned from Reddit, it evokes the idea of rejection from society  It is these intriguing, and often humorous character stories, that reinforce his reputation as the Lou Reed of the suburbs. On ‘Xian Man’, a spiritual connection is embodied as Malkmus further leads into his experimental desires, displaying a noise sequence reminiscent of ‘White Light’ era Velvet Underground.

Outside of these more progressive and instrument dense tracks, the album also leaves time for quiet and minimal moments, and indie rocking more aligned with what could be predicted from a Malkmus record. This is apparent on tracks such as ‘The Greatest Own in Legal History’ and ‘Brainwashed’

Though the latter is a beautifully constructed and bittersweet song, there are times when these slower, more predictable moments leave you wishing for more. Particularly after the potential promised by the more expansive tracks.

While he could have committed more to the influences alluded to in the album title, this is no doubt a fantastic record. Malkmus no longer needs to prove himself as one of the greatest songwriters of ‘Indie Rock’, although this album does just that.