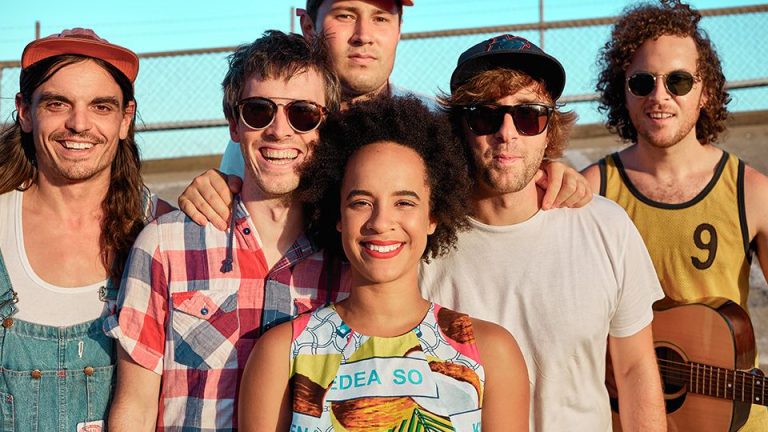 Need some extra tracks for the Hottest 100 vote? Here are some stirling Aussie songs you may have missed! Saskwatch, Hatchie and many others impress.

Simplicity is a virtue underrated in music. Quite often a short three or four chord song will worm its way into your mind easier than a seven minute odyssey. ‘Rats’, a catchy power-pop tune with a terrific, emotive vocal take by singer Joe Jackson, is no exception. Up-tempo throughout, with excellent drumming that increases in intensity over time, Jackson uses three chords (E, G#m and A) to great effect. The rhythm guitar sound is punchy; powerful enough without overcoming the rest of the song, whilst there is a subtle, swirling lead guitar that adds weight to each chorus. The fairground sounding keyboard that closes the song, is a nice touch. Whilst the song retains a verse/chorus/verse formula, there are enough dynamic shifts and guitar pedals being hit to hold the listeners interest. There is an art in arranging simple songs that sustain continued listens. A song about “low-life’s wanting to make something out of themselves”, ‘Rats’ is a tune well worth listening to again and again.

‘Everybody’s Hero’ is the lead single from the ‘HERoes Act 2’ EP released earlier this year. Born in Zambia, but based in Sydney for the last three years, Sampa The Great supported Kendrick Lamar on his Australian tour in 2016. It’s not hard to see why, as she is a quality artist who raps extremely well. ‘Everybody’s Hero’ is no exception. The song is relaxed yet intense at the same time, due to the contrast between vocals and instrumentation. Sampa The Great has an outstanding flow throughout the song, never sounding rushed or laboured, keeping a constant rhythm. This gives the song energy despite the sparse, downbeat mood of the backing track. Estelle’s vocal contribution here is ghostly, almost howling in the background of the song, giving it a desolate feel. Sampa raps about the journey in trying to live up to everyone’s lofty expectations, even though heroes have their flaws in search of perfection.

The Brisbane native Hatchie graces us with a tranquil piece of dream pop in ‘Try’. Complete with glistening, jangly guitars and syrupy synth lines, ‘Try’ has an infectious, summery vibe that makes you smile. The subtle vocal harmonies that Harriette Pilbeam sings in the verse are reminiscent of the Cocteau Twins. Pilbeam is very dismissive of her own playing abilities, however she creates a vast guitar sound here with reverb pedals that give the song its airy quality. The bridge that enters about two minutes into the song is a good change of pace; innocent and childlike, with its silly keyboard tones and cheeky croons and hums. A very enjoyable track.

‘Little White Lies’ is a slow-moving, delicate tune that dazzles in its ethereal nature. A melancholic track that showcases Tanya Batt’s strong voice, ‘Little White Lies’ moves from a basic guitar/bass/drum set-up to the clouds at its conclusion, with some gorgeous cosmic synths threatening to envelop the chorus. Fittingly, it doesn’t quite do so, returning to the guitar refrain, keeping faithful to the downtrodden feel of the song. Adding on a big triumphant ending would almost ruin that vibe, as cool as it may have sounded. Batt shows admirable restraint in her arrangement of this song, the simplicity lending great honesty to her tale. There is a tired beauty in this tune. Batt commented that the song was about the prevalence of lying in our lives, making excuses or covering up how we really feel.

A great collaboration between The Cactus Channel and Sam Cromack of Ball Park Music, ‘Sorry Hills’ is a song that begins in such a fashion that you expect it to be a dirgy ballad, containing a sustained synth and looped finger picking that persists for the entirety of the verse. They turn this feeling around cleverly though, the horns and bass indicating the chord progression without playing the root notes, giving the song a loose jazzy feel. The repetitive guitar creates an anxious atmosphere, but this huge glorious chorus arrives out of nowhere and eases the tension. The production on the vocals is clever, touching upon the neo-pyschedelic leanings that a lot of Australian bands excel in these days, giving it a trippy, seasick feel. After the second chorus, ‘Sorry Hills’ devolves into a breakdown which is strongly evocative of David Bowie’s ‘Blackstar‘, with its free jazzy, slightly shambolic feel. Like any good breakdown in pace, this gap only serves to strengthen the final chorus and make the progression seem fresh again. Wonderful song!

An energetic belter with a propulsive energy that was surely missing in a lot of this year’s music, ‘Not My Way’ is a cracking track that makes you want to mosh in a big crowd. The overdriven guitar sound, yelled vocals and pounding drums recreate the live experience that the Sydney four-piece wanted to foster when they were recording the album. There is no time to take a break here, Food Court waste no notes and almost suddenly the song is over. Like all the best rock songs, you are left wanting more.

One of many fantastic tracks off ‘Manual Override’, ‘Renoir’ is the stand-out due to its poignant melody that could come from any era. It has a really cool, retro vibe. A dispirited song seemingly about the breaking down of a relationship, Saskwatch create a very pretty atmosphere, with tinkling pianos and trebly, woodwind sounding synths backing Nkechi Anele’s wistful vocals. The band do well to give Anele enough space to exhibit her talents, and she really sells this song excellently, getting you invested in her story. The whole song sounds nostalgic and sentimental, especially when the harpsichord enters the fray midway through the first verse. The transition between the first verse and the bridge is ear-catching, a really fantastic chord change. Oddly enough, the bridge is the strongest part of the song, being quite possibly the most poignant piece of music from this year. It seems as if Anele is letting her guard down, sounding unapologetically sad when she sings “we turned love into an artform”. This vocal path continues to good effect in the chorus, lamenting the breakdown of the relationship and trying to figure out how it happened. The instruments in this song sound excellent; there are multiple layers of synth that create great depth; the drums snappy, the bass boomy. This song is so well structured and it shows in the excellence of the final product. 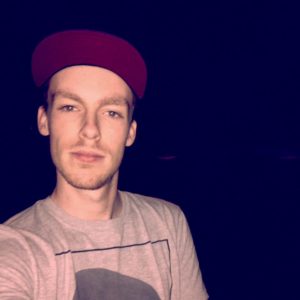 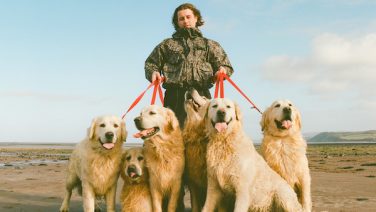