SYN and the Young Media Leaders to the CBAA Conference – Workshop! 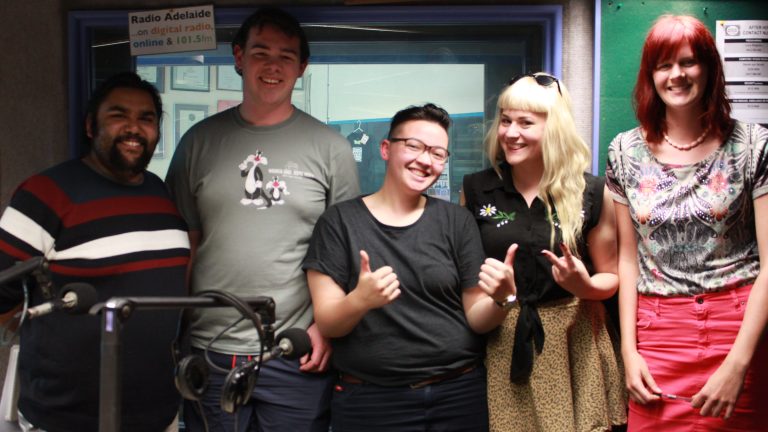 After many months of working hard and successfully getting their Media Hubs off the ground and broadcast to local and national audiences, the Young Media Leaders and a number of SYN Staff made the trip over to the rad place that is Adelaide to attend the CBAA Conference! This was a really great opportunity for Honni, Yen, Sam and Bianca (unfortunately Jack, the awesome YML from Byron Bay, was unable to attend) to get together and get an insight into the vast world of the community broadcasting sector – beyond their home towns and beyond SYN!

Hosted by the Community Broadcasting Association of Australia (CBAA), the conference featured an array of workshops about everything from governance for non-profits, community engagement through grants, audience development, strategic planning and, of course – youth engagement! But we’ll hear a little more about that in another post…

As part of the National Youth Media Project, we decided to kick off the CBAA Conference a day early with a workshop of our own. Bleary eyed but ready to go, the Young Media Leaders convened at the eerie (and most definitely haunted) Mercure Gosvenor Hotel with a bunch of former and current SYN staff to brainstorm, collaborate and learn about all things radio and media related.

Bec, SYN’s Content Development Coordinator, got the ball rolling early to discuss moulding content, igniting creativity among volunteers and the perks of planning ahead. Following robust discussion about the many ways in which one can avoid dry content on the radio, SYN’s Diversity Programming Coordinator Danae piped in to make the ‘boring, boring, boring’ topic of report writing and evaluation seem not so boring! We discussed the importance of jotting down thoughts as a project progresses, keeping track of timelines and milestones, setting deadlines and being clear about expectations when succession planning for a project. Key lesson: “The boring does not have to be boring”. Damn straight.

We also heard from the wonderful former SYN General Manager Tahlia Azaria about dealing with the press. Tahlia went through some ways the Young Media Leaders may be able to garner media attention on both a local and national level for their respective media hubs.  There was also some discussion about being able to identify a point of difference – that is, why should journalists care about what you’re trying to tell them? (Beyond the blatantly obvious, which is – they are great!)

Somehow, we managed to cram all of that in to the morning without any brains exploding. Following a tasty lunch at our newfound favourite local Adelaide café, we strolled down the balmy Adelaide streets to visit Radio Adelaide – the very first community radio broadcaster in Australia! A couple of wonderful volunteers kindly took us on a tour around the studios and the offices of the station which, as always, were vastly different to SYN and all of the other partner stations we’ve seen! What’s more, Honni, Yen and Sam even took part in a live hour-long interview on the program Conversations About Recognition and the rest of us sat back, had a listen and exchanged community broadcasting stories with some of the broadcasters and volunteers hanging out in the green room. You can listen to that interview here and here.

Following the studio tour, the Young Media Leaders and Project Coordinator (that’s me!) retreated to a quiet little soda bar to do a bit of a skill share session. Each Young Media Leader presented a mini-workshop showcasing some of the wonderful skills they each possess. Inspiring, creative and thought provoking, the workshops included intersectionality, diversity, public speaking, coordinating with musicians and managing volunteers.

It was a long day, but it was a wonderful way to lead in to the conference and to propel ideas and motivation for what the future holds for the Young Media Leaders, the media hubs, the project and for young people in community broadcasting in general. 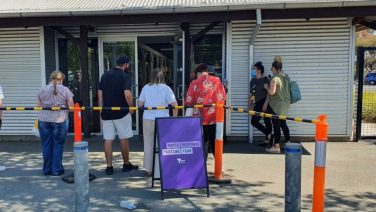 How the regional town of Shepparton defeated COVID-19 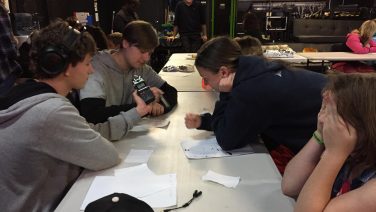