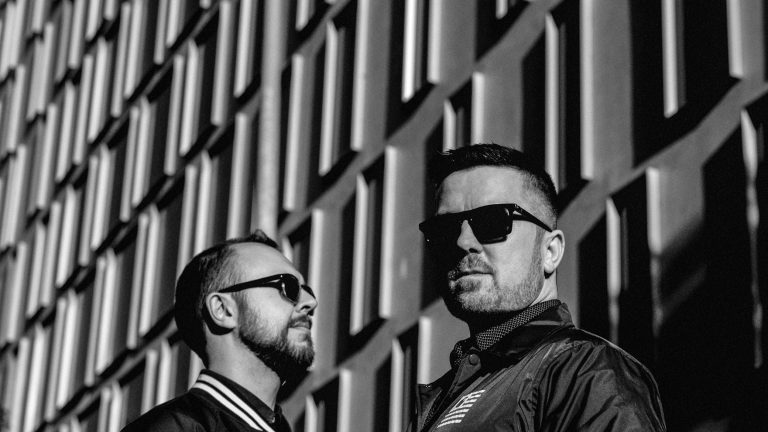 Wanna know what an ID tour is? If you’re a regular gig-goer, you’ll likely be familiar with the normal process where most artists release a new album then perform and/or tour around to hype it up.

Not Mikah Freeman and Vance Musgrove though ­–  no, the guys from Triple J’s electronic and dance staples, the Friday Night Shuffle, are picking up a four-year album hiatus by playing their new tracks on tour before the big release. Why? Well, what better way to test their mettle than to play them in front of receptive fans?

We haven’t even settled on the names of some of the tracks yet, which gave us the idea for the name of the tour — when fans are putting together a tracklist of a DJ’s set, unreleased tracks are usually called ‘IDs’.

It’s not like they don’t have the credentials to do such an experiment. A long career (especially in Australian dance music) has seen them perform at national and international events such as Splendour in the Grass and Tomorrowland. The last year kept them busy with the international gigs but it’s great to know the home turf has called them back. SYN was lucky to hang out with Mikah and Vance right before their first night of the tour in Melbourne at the classically-messy Yah Yahs.

A 1AM start, an intimate dance floor and plenty of wired punters. All the right ingredients for a DJ set of new and old classics. The Aston Shuffle began with Yah Yah’s tried and true tradition of playing straight-up floor-fillers – shout-out to the heavy club mix of ‘The Next Episode’ by Dr Dre.

Past the 2AM mark brought in the deeper and darker witching hour house tracks. The audience refined to the hydrated and excited. This murky hour also brought in the first easily-recognised Aston Shuffle track – a Nora En Pure remix of ‘Back & Forth’. Boy, is this song a party or what? Based on the night’s observations, there’s a thrashing group of people who agree with that.

Now, the trouble with going to a live set of brand-spankin’-new tracks is that it can get a little difficult knowing what to listen out for. The Aston Shuffle were hella sneaky in making the good stuff known. Here’s our hypothesis: the first unidentified track poured into the band room at around 2:30AM.

That’s a long wait, given the set was 75% complete. However, it was a dreamy, fast-paced number that heralded back to The Aston Shuffle’s 2014 pop-y album, Photographs. If it’s real (man, I hope it’s real and not just a failure on Shazaam’s part), then we’ve got a new dance floor anthem on our hands.

Speaking of, perhaps you would think that with a tour dedicated to unknown new music, The Aston Shuffle would avoid playing their (flogged, yet deserved) chart-toppers. Nope. The crowd received a fantastic Low Steppa remix of Tear It Down. Cue everyone getting up! A massive flood of people watched Vance bring it in and sing it back at them. Everywhere you looked, people were on the floor. Literally. Mikah was having a sit on the stage and one particular party animal was evoking an excellent upturned crab.

The night (well, morning) continued with renewed energy. There’s nothing like a second wind during an event, and 2:40am onwards was a full-on party. Both Mikah and Vance were back standing to herald the end of their set; the whole room was pumping. Definitely a few new songs thrown in the mix, including something reminiscent of mid 2000s club shakers.

But let’s not sit in the past – The Aston Shuffle have some obviously big plans for their work during and post-ID Tour. Could we see similar remix selections like there was for Photographs? Guess we’ll need to wait for the new album first.

Catch The Aston Shuffle at the following venues for their ID Tour: