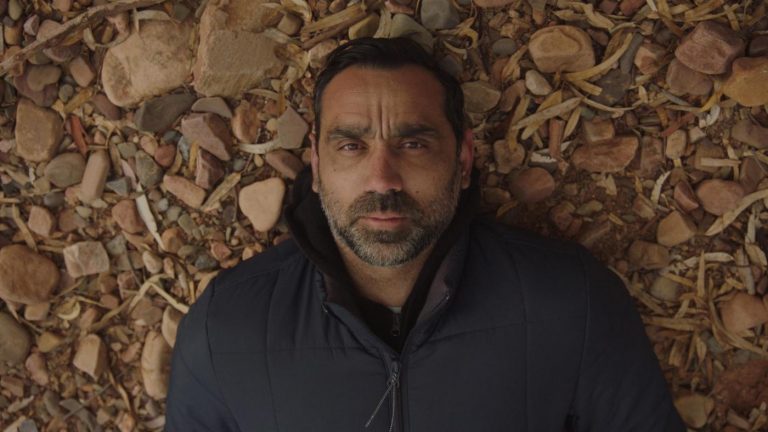 Phrases like “compelling” and “unmissable” are gratuitously utilised by film critics, often in a shameless attempt to gain publicity for their work. That being said, on rare occasions such hyperbole is necessary, for there is no other way of generating interest in a product that doesn’t just deserve to be seen, but needs to be seen, with this film being a prime example.

The Australian Dream is a feature-length documentary centring on Adam Goodes, one of the greatest Australian Rules footballers to ever have performed at the elite level. Yet in recent years, the former Sydney Swans player has come to be defined by his Indigenous identity, being an advocate for reconciliation and outspoken critic of racism. Goodes’ activism saw him morph from a footy legend to a controversial figure, leading him to walk away from the game he dearly loved.

The film’s narrative is guided by face-to-camera interviews with personalities central to Adam Goodes’ journey, including his younger brother Brett; Swans teammate Michael O’Loughlin; retired Indigenous footballers Gilbert McAdam and Nicky Winmar; and the two coaches who mentored Adam during his playing career, Paul Roos and John Longmire. All of these interviewees tell their stories with warmth and frankness, morphing to anger and despair as the story continues – the pain they feel for Goodes is all too evident. 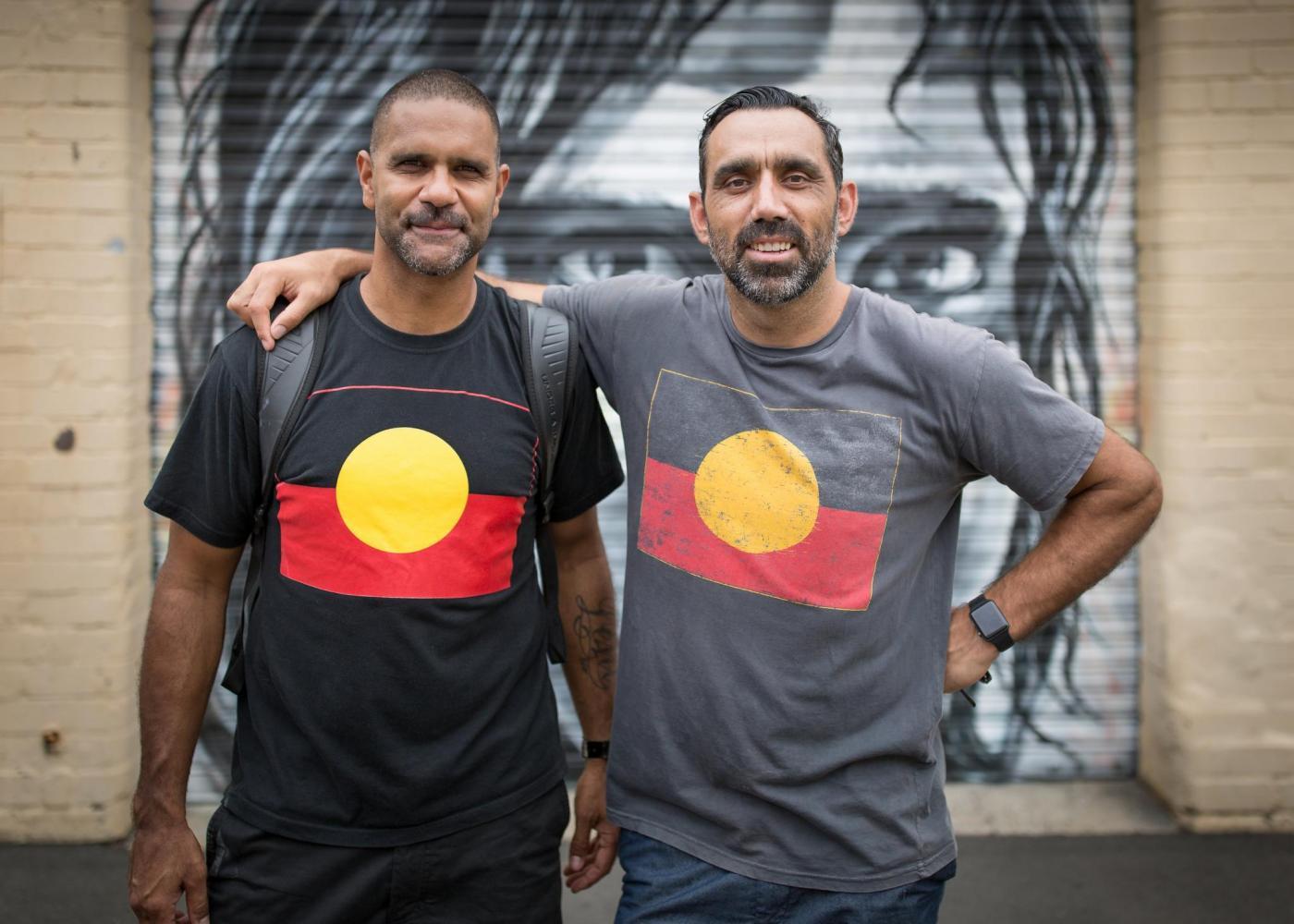 Also contributing to the narrative is journalist and broadcaster Stan Grant who, like Goodes, identifies as an Indigenous Australian. The former CNN and SBS correspondent has a healthy involvement with the picture, being credited as a writer and earning top-billing on the promotional material. Indeed, so immense is Grant’s contribution that by the second-half, The Australian Dream almost becomes his picture, providing insights and analysis with passion, directness, eloquence and, most importantly, civility.

The role of Stan Grant in The Australian Dream is not to speak for Adam Goodes, nor commandeer his story, but rather explain how the footballer’s life reflects the universal experience of Indigenous Australians. In the first act, Grant describes his childhood and Goodes’ as being of “mangy dogs and broken glass”, referencing their impoverished backgrounds; later, he likens the booing of Goodes at AFL games to a “howl of humiliation”, the sound of White Australia rejecting its First Peoples.

Admirably, the documentary allows not just Goodes and Grant to speak – time is also provided to those who oppose their ideals, chiefly broadcaster and commentator Andrew Bolt, one of the voices who led the backlash against Goodes. Like all of the interviewees, Bolt is allowed to speak freely and uninterrupted, his opinion helping to shape the narrative; the off-camera interviewer doesn’t interject or challenge him, and there are no rapid cutaways to another person admonishing Bolt. This is yet another example of the documentary being courteous – overly so, some might argue. 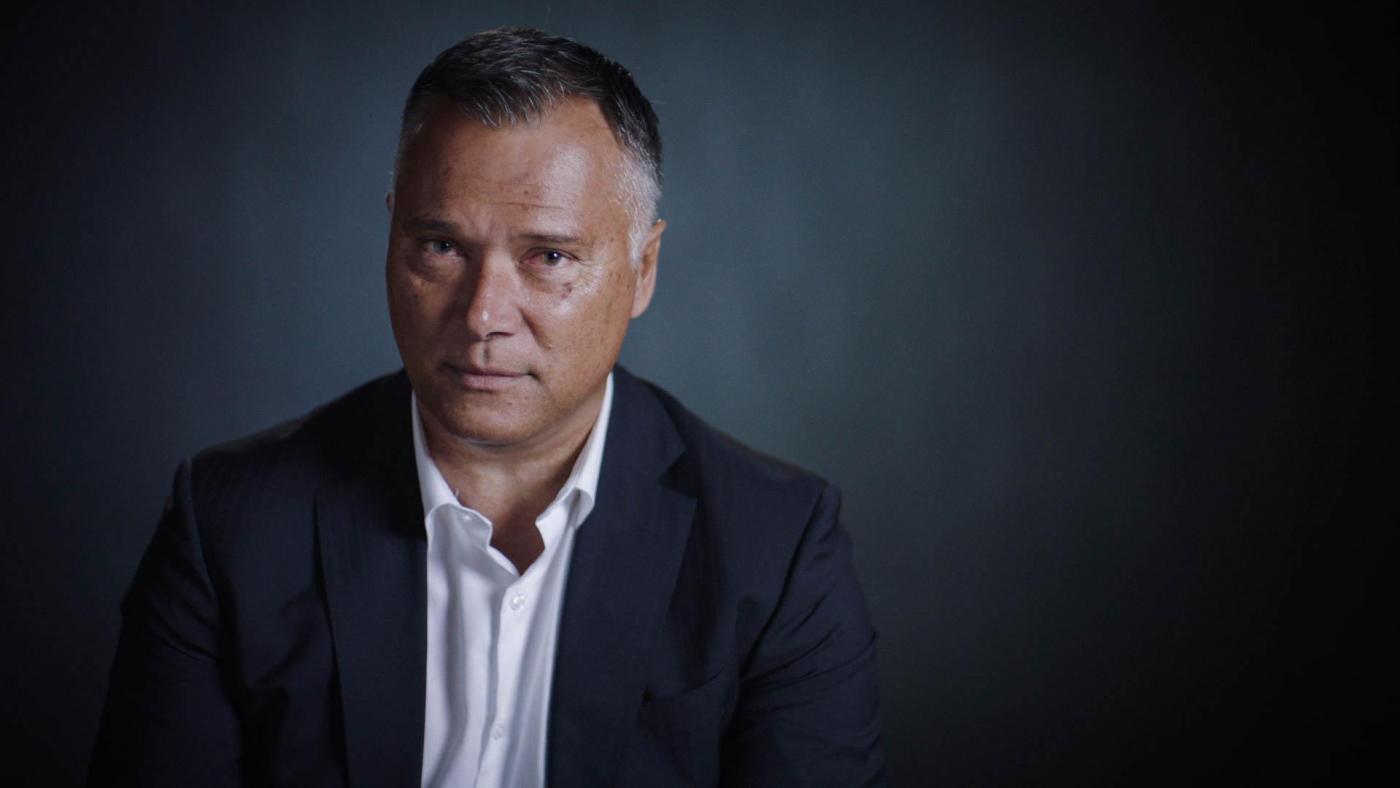 Stan Grant, one of the key figures in The Australian Dream

The Australian Dream also impresses from a technical perspective, with a quality that is well beyond the standard for documentaries. Editor Matt Wyllie is especially deserving of acknowledgement, having not only concocted a story without need for a narrator or text, but also paced the film perfectly; in the role of cinematographer, Dylan River is equally adept framing interviewees as he is capturing gorgeous shots of the Outback; and composer Cornel Wilczek has delivered a rousing score that wouldn’t sound out-of-place in an American blockbuster.

More than anything though, The Australian Dream deserves commendation for how inspiring it is. Witnessing Goodes’ sporting heroics in the first act fills the viewer with a sense of pride, as does seeing him reclaim and embrace his Indigenous heritage; yet it’s the final moments of the picture that prove most moving, with the reassurance that humanity is still a force for good, despite all evidence to the contrary. As the credits roll, one might even find that they have a greater sense of purpose, and need to be heard.

All at once, The Australian Dream is an emotional, empowering tale of Adam Goodes, Indigenous culture and modern Australia. It’s a portrait that will occasionally leave the viewer seething in frustration or reeling in misery, but ultimately filled with elation and compelled to be a better person. To call it the best documentary of 2019 would be an understatement – it’s nothing short of the best film of the year.

The Australian Dream is currently screening in cinemas, and will be airing on ABC TV later in the year.