SYN Reviews: ‘The Coming Back Out Ball Movie’ 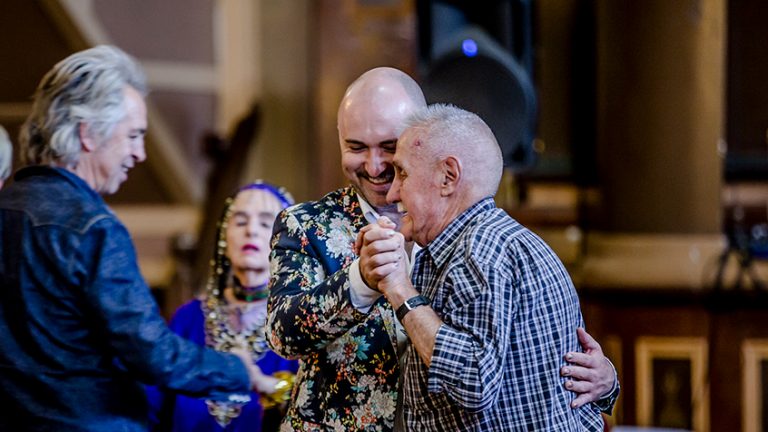 “For one thing we need to go to bed early now,” advises Ardy Tibby to event organiser Tristan Meecham in one of the first consultation sessions he will run to organise The Coming Back Out Ball – an event designed to celebrate the elderly LGBT community. Tibby is wearing her uniform of a grey beard and a top that reads ‘This is what an old lesbian looks like,’ as she advises Meecham that the start time for this event should be 5pm.

Initially planned to follow Meecham’s organising of the ball, director Sue Thompson soon focused her film, The Coming Back Out Ball Movie on where the heart of the story lay – with the attendees of this event. As Meecham reminds us, there is a history to this generation that stopped them from celebrating their sexuality. Until now.

Whilst there are some similarities to the lives of the characters – some abiding by the necessary heterosexual marriage conventions early, the personal impact of HIV on the community – each of Thompson’s subjects stands out fully in their own story.

Whether it’s Nance Peck, Pink Floyd fan, navigating a narrow street in a blue leather jacket and an orange brimmed fedora, large coffee in hand, or David Morrison who, on the other side of 80, reminds us “my performance is down but it’s not gone,” Thompson shows us the many shades of what it means to be an alphabet elder in Melbourne today. With mainstream pop culture and our historical references often geared to elsewhere, it can be easy to forget that things have happened here and to those around us. Thompson reminds us of just that.

In terms of the ball itself, we are privy to only a few of the logistical dramas and touch only moderately on the marriage equality postal survey that was taking place at the time. In this way, Thompson’s film is less about political context, and more about showing us that the complexities of being a member of the queer community doesn’t just fade away with the colour of your hair, and that our alphabet elders refuse to be relegated into anonymity.

The Coming Back Out Ball Movie is a sensitive, affecting look into what it means to be queer, what it means to age and what it looks like to be true to who you are. Worth it just to see the inspirational sheep-shearing scene that I didn’t know I needed.

The Coming Back Out Ball Movie opens in select cinemas on December 6th.