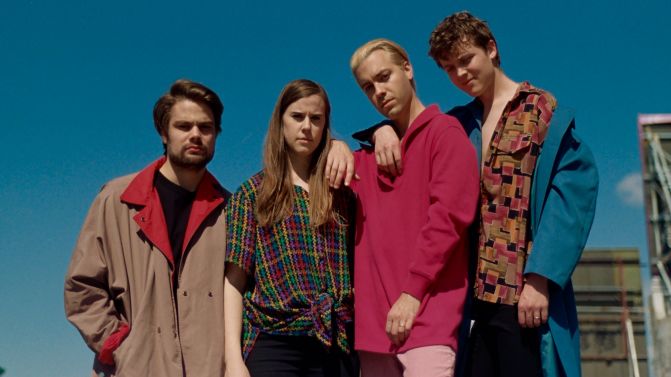 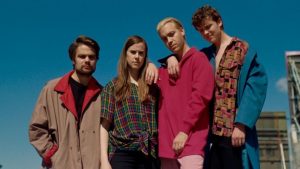 Being an underage music junkie can have some low points. The lowest of them being that most concerts are 18+, so when your favourite band announces an alcohol free underage show, it is one of the best feeling in the world. Majority of the crowd at The Corner Hotel on the 4th of March would agree this was the case. For most, it was their first time seeing the truly amazing pop group Cub Sport. An enormous amount of eager fans lined up for two or more hours before the show, with a queue curving around the side of The Corner Hotel. They were ready to see their favourite band in person, and to sing and dance until there was no energy left in them.

Support acts, Merk and Eves Karydas, set the perfect vibe for a perfect afternoon. Merk had his audience captivated by his amazing guitar skills and his mellowing voice whilst Eves Karydas had everyone dancing along to her stunning voice that just made your body follow the beat in whatever way felt suitable.

Five minutes before Cub Sport were due to come on, everyone began to shift the front.- the excitement was filling in the crowd.

All of our cravings were satisfied when Cub Sport walked on stage, the crowd were ecstatic; cheering and screaming like crazy. The band hit off their set well with their much loved song ‘O Lord’ from

The Brisbane 4-piece played songs from both their latest release and a few from the This Is Our Vice album (released march 2016). They also shared stories behind the songs with the audience. It was adorable when Tim got nervous when talking about the backstory of ‘Give It to Me (Like You Mean It)’, from the Bats album, as it drew on his newfound love with long-time friend and band member, Sam. Whether it was a slow song or an upbeat song everyone was letting their body be controlled by the beautiful music we were listening to. When one of Cub Sport’s most popular songs,  ‘Come On And Mess Me Up’ came on, everyone went wild. Not one person in the crowd was quiet with the whole audience singing beautiful lyrics. Each and every song performed by Cub Sport delivered such a sensational vibe. That was what truly connected us in the audience, to the angels on stage.

After an amazing set from Cub Sport it was sadly time for the show to be over, but of course being the demanding teenagers that we are, we tried for one more song and we were successful. Cub Sport came back on stage and performed their Triple J’s Like A Version, ‘Ultralight Beam’, originally by Kanye West. It was heavenly and it had everyone in the audience truly captivated. A perfect way to end such a beautiful performance.

If I was asked asked to sum up Cub Sports performance in one word, I would simply describe it as “angelic”. Cub Sport definitely know how to put on a performance and engagement their audience.

I can speak on behalf of the Cub Sport fans at that concert, and say that Cub Sport certainly did not disappoint, it was truly such a great afternoon, followed by some serious post concert blues.