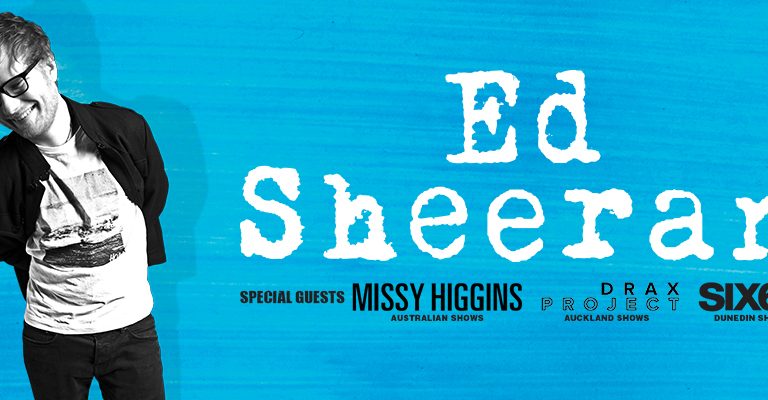 Ten months had elapsed since I purchased my Mum and I tickets to the Melbourne leg of Ed Sheeran’s Divide tour (a surprise gift for her I only managed to contain for two months). The first standout observation upon arrival at Etihad Stadium was the diversity of the crowd; parents with young kids, 40-something mum groups, young couples, jittery tweens, and even a snapback clad group of lads (it is worth noting this last group belted out heartfelt track ‘Perfect’ with the most passion).

Sheeran, great bloke that he is, promptly arrived at the advertised set time with scruffy hair and a flannelette shirt, sporting a t-shirt with the Indigenous flag.‘Castle on the hill’, ‘Eraser’ and ‘The A Team’ got the audience buzzing as did the down-to-earth crowd interaction when he paid homage to the dutiful boyfriends and “super dads” in the crowd.

It really was a one-man show. Sheeran recorded the backing instrumentals, and vocals when necessary, live on stage using a loop pedal. It certainly gave the impression we were witnessing an artist with raw musical talent. His signature low-key presentation in no way detracted from his remarkable stage presence.

In the middle of the show he performed his more mellow, heartfelt tracks. ‘Dive’, ‘Bloodstream’, ‘Happier’ and ‘Hearts Don’t Break Around Here’ cued some serious phone torch action in the crowd. It felt like the 60,000 people in the stadium were all swaying in unison. It actually got a bit hypnotic and I could feel myself starting to wind down.

Hit song ‘Galway Girl’ snapped the crowd back into action (I mean, who doesn’t feel like having a jig when that fiddle solo pops up?)Next, a sensual mash up of Nina Simone’s ‘Feeling Good’ with Sheeran’s ‘I See Fire’ put his vocal versatility on display.

Despite the large crowd, Ed’s personal anecdotes throughout the night gave the show an intimate feel. He cheekily noted that his disappointment on missing a Missy Higgins concert at the age of 14 has been amended “because now I get to see her every night for free” (Higgins and Bliss n Eso are support acts on the Australian leg of his tour).

There was some skepticism when ‘Sing’ was announced as the last song of the show. Notably absent was hit song ‘Shape of You’, and a hopeful chant erupted of “encore, encore, encore!” Of course he came back out (did anyone really expect that he wouldn’t?)

‘Shape of You’ and ‘You Need Me, I Don’t Need You’ respectively the final two songs of the night left the show on an energetic high; The only time Sheeran did away with his guitar was during the very last song.

As the crowd spilled out of the stadium there seemed to be a general consensus that we had all just witnessed an artist with passion, talent and longevity. This is supported by the fact that Ed Sheeran has hit songs not just in his own right, but has been integral to the success of other artists in recent times (notably he co-wrote Justin Bieber’s ‘Love Yourself’, and Major Lazer’s ‘Cold Water’).

You may steer clear of the musical category Ed Sheeran finds himself in, but the ability to perform all vocals and instrumentals live, keeping 60,000 people captivated for over two hours, and still have time for plenty of cheeky banter makes for an excellent live gig.