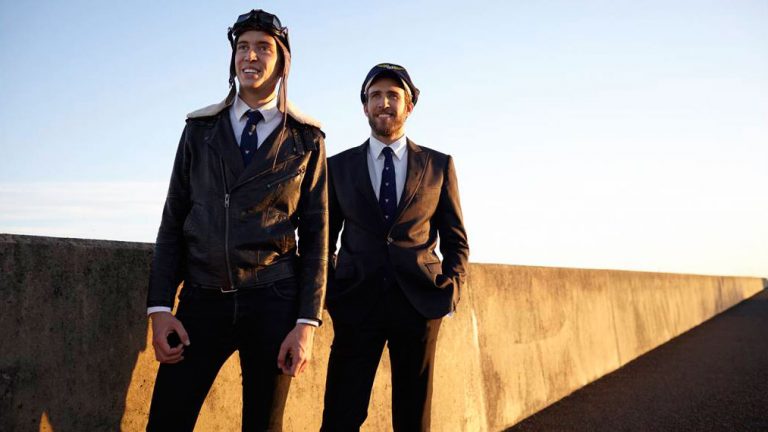 “Thank you for flying with us. Please enjoy your flight” rang out throughout the intimate club venue, 170 Russell, and the tightly packed crowd was ready. It was finally the return of Flight Facilities, one of the biggest Australian pop electronica acts, who had not graced Melbourne since their spellbinding collaboration performance with the Melbourne Symphony Orchestra in 2016. The intimate run of shows were structured to coincide with the Groovin the Moo festival, currently making its way around regional towns of the country.

The evening began with Alice Ivy, developing the party atmosphere with her unique electro-soul vibes. After uploading some of her music onto Triple J Unearthed, Ivy scored a place on the Listen Out 2016 bill, winning a place on the line up thanks to her tight funky tracks, and catapulting her sound onto our airwaves. Since then, Ivy has released her debut album, I’m Dreaming in February of this year and showcased her mixing and sampling talents with popular tracks ‘Be Friends’ and ‘Get Me A Drink’. Ivy’s energy on stage, even to a smaller crowd was infectious, and she had everyone bopping in the crowd, buzzing to see Flight Facilities take over the night.

The main set began with a Flight Facilities classic, ‘Sunshine’, featuring the charismatic talent that is Reggie Watts. While Watts didn’t make the treacherous journey to Melbourne, Ric Rufio, a local who has worked with the likes of Chet Faker, Daniel Johns and Thelma Plum, slipped right into his place and worked incredibly with the song, the crowd clearly appreciating such a funky song that it is truly impossible not to groove to. Rufio hung around and was joined by another young talent, Graace, for one of Flight Facilities’ new songs, ‘Stranded’, yet another powerhouse song featuring the juggernauts of Broods, Reggie Watts, and Saro. Immersed in the uber excited, dancey crowd, I barely had a chance to catch my breath before we were all thrown into a cover of ‘Passionfruit’ by Drake that certainly unified the crowd even further.

Sliding in amongst the classic Flight Facilities tracks, from their 2014 debut studio album, Down to Earth, were a bunch of very tech heavy, futuristic songs. These were quite different to their typical new age disco sound they are so well known for, however kept the party continuing seamlessly throughout the night. The beats ended midway through the set to allow the Flight Facilities boys, Hugo Gruzman and James Lyell, to admit that they were nervous. Nervous to play a new song, which of course made the crowd excited. This was a song that had never been performed live with Dustin Tebbutt called ‘All Your Love’, a surprising collaboration as Tebbutt is known for his emotional, tender voice and humbly crafted guitar. There was no need for fear however, as the pairing worked really seamlessly, signifying a ‘turning point in [the] career’ of Flight Facilities, who have said that 2018 will be a ‘big one’.

The evening launched into the most hauntingly beautiful song of the evening, ‘Clair De Lune’, always causing everyone’s hairs to stand on end. Combined with the precious light show during this song, and the lyrics by Graace, the song was as mesmerising as ever, truly flying the crowd (and the evening) into another dimension.

The evening ended on arguably the most popular track in the small but powerful Flight Faciltiies repertoire, ‘Crave You’. The simple and oh so smooth track even featured a few choruses from the iconic Donna Summer ‘I Feel Love’, a track that Guzman hoped represented the evening and the aura of Flight Facilities. While I can’t speak for all attendees, I certainly felt the love that was pouring off the stage and into the crowd and back again and I cannot wait to see what the boys have in store for 2018.