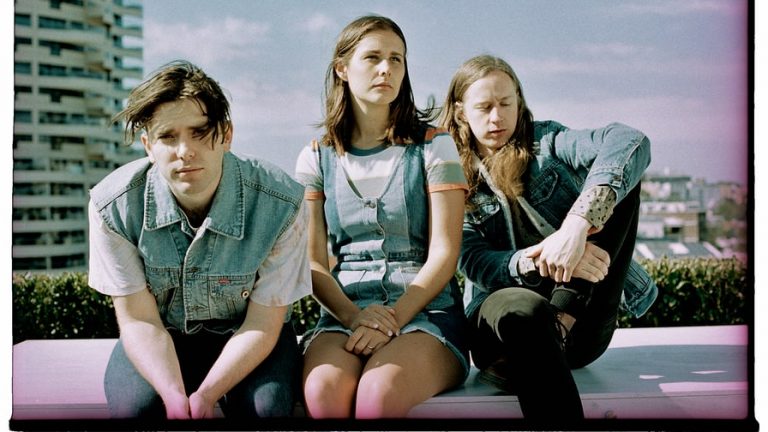 Celebrating their new single, ‘Mistake’, Middle Kids played to a sold-out crowd at Melbourne’s Howler. In light of their new album, Lost Friends, set to drop in May, the Sydney outfit curated a setlist drawing from the forthcoming release. This was in addition to satisfying fans with tracks from their stellar self-titled debut EP, released early last year. Although they’ve been on the touring route for a long time, it’s been a hot minute since we’ve heard anything fresh from the band. Joined by local new kids on the block, Tram Cops, the room was full of anticipation to listen to what they had up their sleeves.

As Middle Kids took to the stage, the crowd welcomed the band with an encouraging roar. The live show veterans eased themselves into the show with a profound comfort. Having supported the likes of Ryan Adams, Cold War Kids and playing international festivals such as Austin City Limits, the three-piece would have found the intimate room at Howler a walk in the park. A small Middle Kids show is an opportunity that will quickly become rare very soon, especially considering the band have sold out their upcoming show at the Corner Hotel, forcing them to announce a follow-up. The opening beats of ‘Your Love’ rang out accompanied by the cheer of familiarity from the crowd. Frontwoman Hannah Joy emitted angelic vocals across the room. With the addition of warm white lights behind the stage, Joy honestly looked like an embodiment of an angel.

With the addition of warm white lights behind the stage, Joy honestly looked like an embodiment of an angel.

The three-piece played crowd favourites, ‘Edge of Town’, ‘Mistake’ and ‘Never Start’. Between songs Joy and her band members, Tim Fitz and Harry Day joked together, showing how tightly knit the group are, despite touring together so often and for so long. ‘Edge of Town’ is one of my favourite songs to witness live. The energy accumulates at the tail end of the song when Joy sings the repeated line, “Hey, guy, have you got something on your mind? Tick, tock, can I take it for a while?”, On top of the simple guitar strumming. As the repetition goes on, the anticipation grows. Slowly, the crowd joins in with the drums. The mid-song slow down refreshed the group for the second round of high-level energy of the song.

After leaving the stage, the crowd begged for Middle Kids to return. A dark scene lingered as the crowd chanted “one more song, one more song”. After a moment of hesitation, Joy remerged alone with her guitar. Joy explained how the band had not prepared for an encore, but she decided to give the audience a taste of something rare. A song that hadn’t made it onto any release, a song about cats. Although a surprising change of pace of an encore, the slow acoustic song put the audience in a lullaby trance, it was a Monday night after all. In the modern age of live music, it’s rare to witness a genuine encore. However, this Monday night crowd was lucky enough to catch a real one.

Although a surprising change of pace of an encore, the slow acoustic song put the audience in a lullaby trance, it was a Monday night after all

The Howler band room was bursting at the seams with passionate and loyal fans. Even after the encore, the crowds were still screaming for more. It wasn’t surprising at all that the first Corner Hotel show sold out entirely the very next morning. We’re all patiently waiting to hear the full-length album, Lost Friends, dropping in May. Until then, do yourself a favour and get a ticket to their upcoming tour.