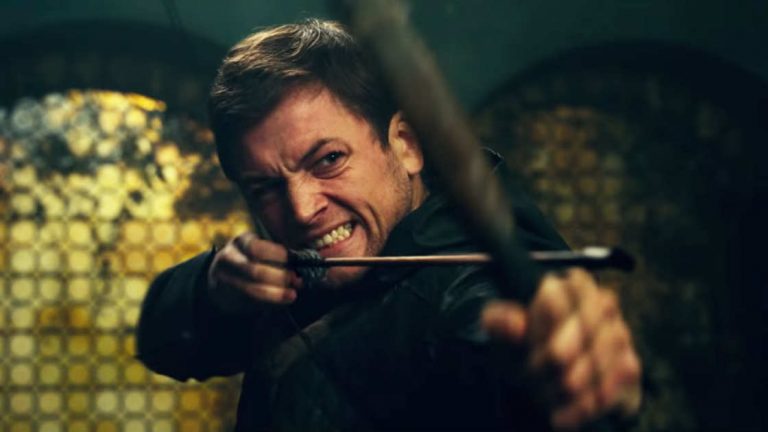 Reborn from the depths of the Walt Disney Universe, a hooded crusader twists an old-time fairytale along a new adaptation trail, complete with intense brawls and unfortunate falls. While Lionsgate’s newly released film, Robin Hood does promise an entertaining adventure for its audience, it falls short by inadequately evoking emotional investment from the audience through the characters on-screen and unfolding narrative.

With a backdrop of Medieval England, Robin Hood delves into the transformation of a young war veteran to a hooded vigilante, a catalyst for revolution and communal uproar. As a town crumbles beneath the rule of unjust leaders, the rebel, Robin of Loxley (Taron Egerton), allies with a former enemy, Little John (Jamie Foxx) who together compile teamwork and combative talent in their quest to overthrow the corrupt English monarchy. Burdened with a disappearing romance and trail of negative relationships, Robin of Loxley must redefine the person he has returned from war to be and confront the tidal wave of immorality to prove both he and his town should not have to be frightened ‘subjects’…and ironically, should not have to hide behind hoods.

To be able to invest emotionally in a film is a fundamental and necessary objective for all audiences. It can be disheartening to walk out of a cinema dry-eyed from an alleged sad film or bored from a new horror flick. And so, for an action film that includes an abundance of battle sequences and intense contrast between shadowed and stark fire-lit lighting, it would seem fitting for a solid emotional investment to be rather simple to achieve. Unfortunately, despite addressing these components in a finite and polished way, Robin Hood loses major emotional investment by creating characters of small depth and a narrative with limited exhilaration.

The cast for the film is appealing with an array of familiar faces present who have made their name known within the film industry from past successful films. However, while Egerton may have charmed us with his subtle intelligence and spy spectacles in the Kingsman franchise, he loses a detailed character introduction in Robin Hood, resulting in a depiction of him as either a hero or villain to be hard to finally choose. Sitting on the fence in this circumstance makes it difficult for us to invest in Egerton’s character, obtain understanding and thus, confide in his motivations. 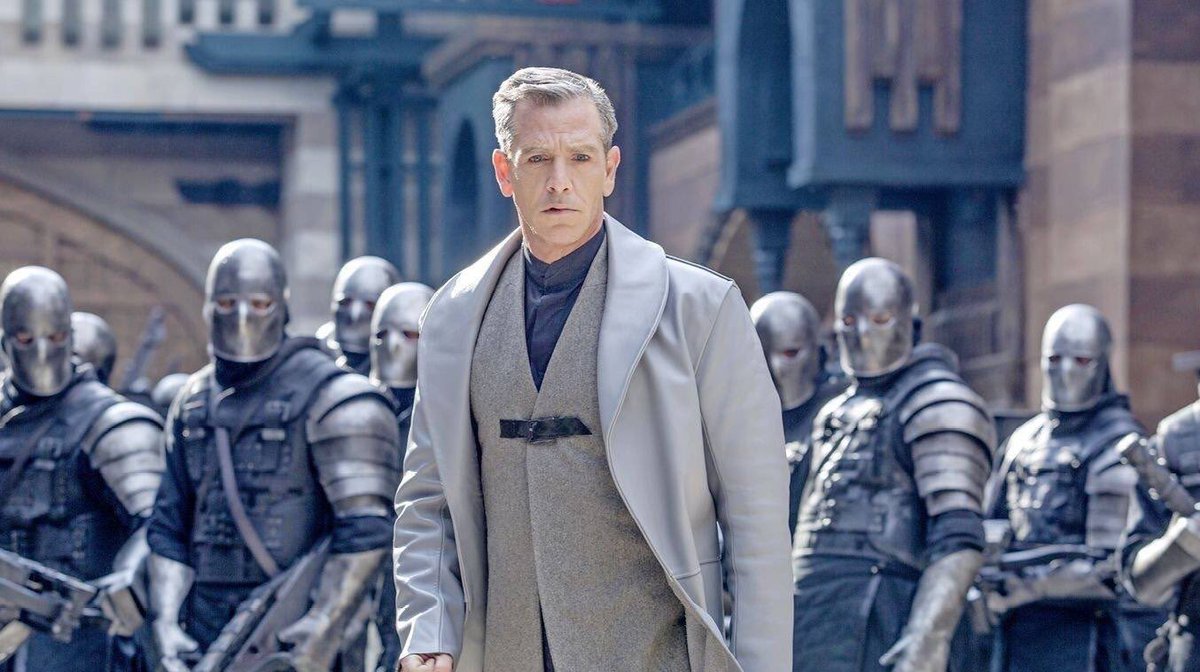 Aussie actor Ben Mendelsohn, as he appears in Robin Hood

Similarly, Foxx’s character appears without a unique incentive (revenge for a murder), causing for there to be no major progression for the character throughout the film. Overall, it would have been beneficial to see deep (but not necessarily long) backstories to these two main protagonists, which wouldn’t have damaged the current two-hour run-time of the film. Other faces of Ben Mendelsohn (The Dark Knight Rises), Eve Hewson (Bridge of Spies) and Tim Minchin (Matilda the Musical) work well with their respective characters, despite their small screen-time and sometimes muddled insertion into the narrative.

Speaking of narrative, the path which the film decides to follow is regrettably tedious. Despite being sequenced with action scenes – within which sharp camera angles parallel with the sharp combat blades – the narrative lacks a surprise or divergence to make it stand out in front of its preceding remakes. Although Robin twists and turns with his excellent and chaotic martial-art talent, the film lacks a twist or turn of its own, something to evoke a gasp or cry from the cinema. This is unfortunate for a film with extensive potential to redefine a Disney classic – maybe it’s just not the time to take off the hood and go wild… yet.

While it is exciting to remake a film with a fresh start and clear perspective, it is also one of the biggest risks within the industry – walking a tightrope of astonishing success versus downright downfall. Although Robin Hood does come with its flaws, it thankfully contains enough positive material (varied camera-work and lengthy action scenes) to leave it to hang in the balance. With a sequel now teased, we can only hope for the soon-to-be franchise to not only address the major concerns highlighted here but also, to have fun and let the reigns go. (A little, that is.)