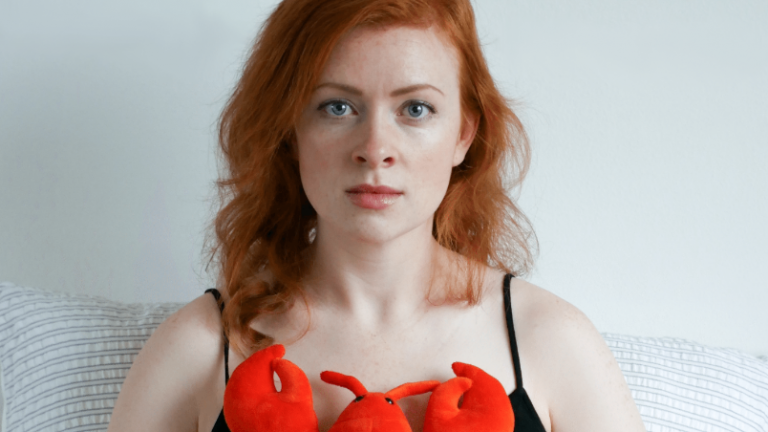 Ross and Rachel: The One That No-one Told You About.

The one that you need to concentrate really hard on to comprehend it in its entirety.

The easiest way I know to be able to give you a mental image about this complex show is to tell you that it’s structure reminded me of that of my final VCE Drama Solo: a one-woman performance conducted in a four by four metre space with the use of very little props and a hefty amount of character transformations.

This Melbourne Fringe Festival season of Ross and Rachel is an Australian premiere of the show, after its hit season at the Edinburgh Fringe. It is a story of marriage, fear and doubt, exploring the developments of the Friends sitcom couple ten years after the end of the final season. Is it the romantic ending we all hoped for, or is it in fact, a ‘happily never after’?

Although prior knowledge of the television series itself is not required to enjoy the show, it does turn the subtle jokes and hints alluding to the program into injections of laughter.

James Fritz’ complex and tightly written script was heavily held together and reliant on the skills and strength of the actress performing the show, Jessica Stanley (Ménage, MFF16). Stanley is continually playing more than one character, often in quick succession, with these character transformations indicted by a simple gesture, a prop, a change in vocal tone or speed or by employing different and specific mannerisms for each persona.

She is to be applauded on the slickness of her transitions and subtle nuances that indicated her many characters: Ross, Rachel, the nurse. Her commitment to hours of rehearsal and dedication to her portrayals are evident.

It is obvious that director Faran Martin ran a tight ship in regards to the rehearsal process, as the show is sharp, well-paced and clearly very well rehearsed.

The script is wordy and the transformations are fast and so there is no time for the audience to zone-out. To think about plans for tomorrow or dinner last night is to lose track of the continually changing characters and lose comprehension of the stream-of-consciousness-like script.

However, I’ve always appreciated a production that treats its audience as clever individuals. Despite the complexities of this script – its use of direct speech, sidebars, spoken-aloud thoughts and dream-sequences – through the use of lighting, sound, direction and great acting we are able to decipher Ross and Rachel’s story.

Don’t get me wrong; these densities do leave elements of the storyline open to interpretation, but these elements are fundamental in sparking post-show discussions between us all as audience members. And why would we go to the theatre at all, if not to share it?

Ross and Rachel is due to close on Sunday the 23rd of September (that’s tonight!) at Theatre Works in St Kilda. For tickets, head to theatreworks.org.au

Photo and passes have been provided by publicists for this review