SYN Reviews: Once Upon a Time in Hollywood 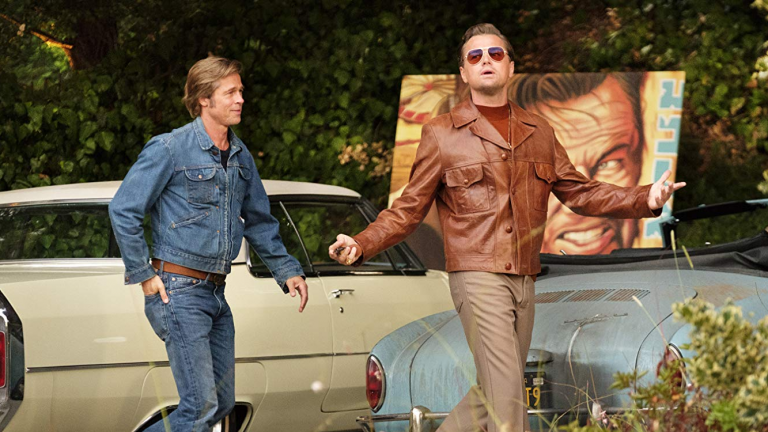 Once Upon a Time in Hollywood Film Review

No figure in the film industry generates more buzz than Quentin Tarantino. In a career spanning almost three decades, the American director has drawn upon multiple influences to craft one great movie after another. That streak continues with Tarantino’s ninth feature-length production, which also happens to be his most idiosyncratic film to date.

Rick Dalton (Leonardo DiCaprio) and Cliff Booth (Brad Pitt) are experiencing an immensely difficult period in their lives. Where once the two colleagues and friends could exist comfortably in Los Angeles with stable employment – the former as a television actor, the latter his stunt-double – the year 1969 has brought them nothing but uncertainty. Rick is nowadays relegated to supporting and guest roles, while Cliff is offered no work at all, reduced to being a chauffeur and handyman for Rick. Thus, both men are keen on re-energising their careers.

Long before its release, Once Upon a Time in Hollywood drew plenty of interest and anticipation, not least due to Tarantino’s involvement. The writer-director is a favourite of cinephiles due to his flashy, inimitable approach to film-making that has drawn acclaim from all corners of the globe, but original he is not – all eight of his previous movies have derived inspiration from, and paid homage to, a litany of older pictures. Hence, some critics are more inclined to label him a pastiche director, utilising his many influences to create a style that is all his own. 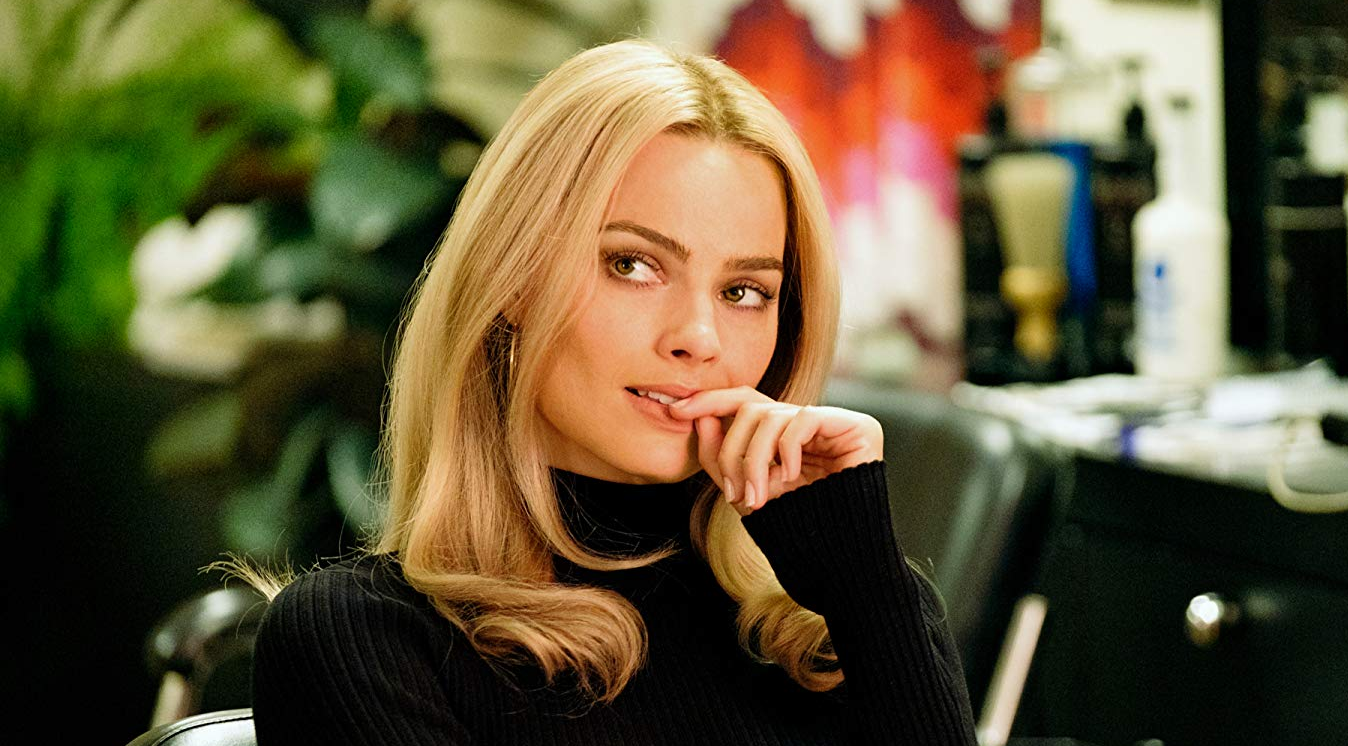 Sharon Tate (Margot Robbie) in Once Upon a Time in Hollywood

Those hoping for a repeat of this methodology will be somewhat disappointed by Tarantino’s ninth film, which shows a level of restraint and maturity not seen since his third feature, Jackie Brown. The gratuitous swearing, graphic violence and nostalgic references all remain present, but are nowhere near as constant or prevalent as moviegoers are accustomed to – in fact, there’s very little that identifies Hollywood as a Tarantino feature, aside from the occasional reference to his earlier works.

Not content with paying homage to himself, Tarantino has also made allusions to a couple of contemporary releases which, themselves, are reminiscent of his style. The first is The Nice Guys, a blockbuster set in L.A. during roughly the same period as Hollywood that also boasts colourful fashions and Margaret Qualley as a cast-member; the second is Bad Times at the El Royale, sharing an episodic storyline, hippies as supporting characters and the use of Deep Purple’s “Hush” in the soundtrack.

Whether these connections are intentional or otherwise, the irony of this situation cannot be denied – in the space of a few short years, Tarantino has morphed from emulating the films of old, to being an influence on modern cinema, to referencing the very movies he influenced. Said situation is indicative of a director who has lost interest in his craft, a fact reinforced leisurely pace and casual atmosphere of the film; but the truth is Tarantino has lost none of his talent or passion, which is evident throughout. 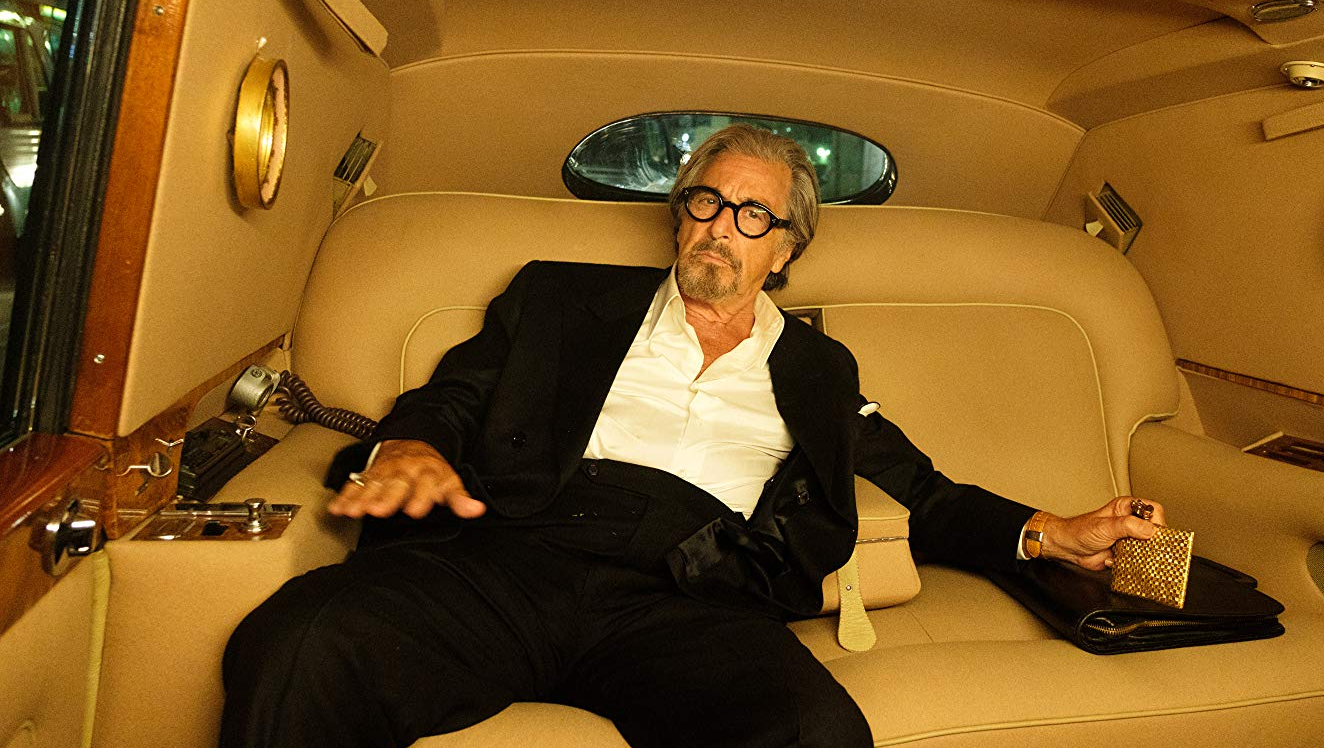 Marvin Schwarz (Al Pacino) in Once Upon a Time in Hollywood

In addition to drawing parallels with the filmography of Sergio Leone, Once Upon a Time in Hollywood’s title alludes to a fairy tale or fantasy story, as witnessed by the setting. Events take place in an idealistic, romanticised version of Los Angeles seemingly free of the problems the city is notorious for – there are no traffic jams, smog is non-existent and the streets are nothing but kempt. The metropolis is at its most majestic in the third act, when audiences get to witness the sights and sounds of neon signage being illuminated.

In this dreamy world, it only makes sense for the two male leads to be played by the most handsome men in Hollywood; but DiCaprio and Pitt have not been chosen for their looks alone, for they have the acting talent to match. Acting for the first time since his Oscar-winning turn in The Revenant, DiCaprio gives a very peculiar performance as Rick Dalton, behaving sheepishly, speaking with a stutter and unafraid to let his emotions show. Whatever the situation, DiCaprio gives it his all, but never to the point of hamminess.

Similarly, Hollywood marks the return of Brad Pitt to leading-man status, having kept rather quiet since his divorce from Angelina Jolie – his situation echoes that of his character Cliff, who has been blacklisted due to “marital problems” of his own. Pitt plays the role with the fullest of confidence, being charismatic, humorous and seemingly without a care in the world, hence making him the most loveable character in the entire film – with the possible exception of his faithful dog, Brandy. 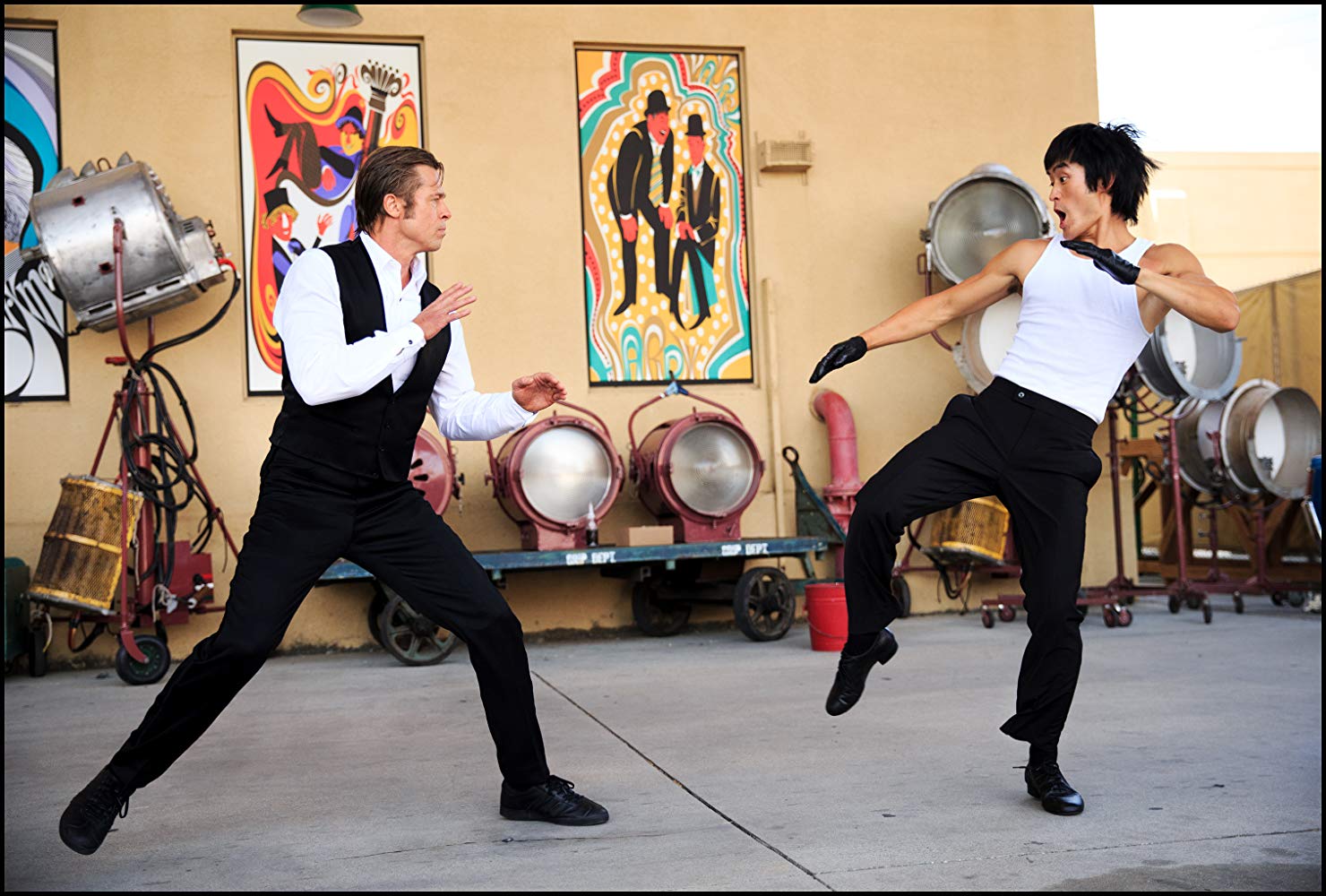 The delightful presence of DiCaprio and Pitt in their respective parts assists in alleviating Hollywood’s more meandering moments. As mentioned above, the film moves quite slowly and lingers on scenes longer than its contemporaries would, in no apparent hurry to tell a story; and then there’s the very cosy tone that sees exchanges between the characters being akin to an informal conversation rather than lines of dialogue. Consequently, the viewer has trouble ascertaining the conflict, and the message Tarantino wishes to convey.

Any such problems dissipate by the third act, when Hollywood’s true intent is revealed. In these final few minutes, the picture morphs from being good to phenomenal, with that Tarantino magic coming to the fore. It’s a scene that had this reviewer watching the screen with eyes wide and mouth agape in disbelief, yet utterly transfixed, unable to so much as blink. Truly, it will go down in history as one of the most shocking, and outstanding, moments the auteur has ever put to film.

As for the remainder of Once Upon a Time in Hollywood, all that can be offered is praise. The endless cameos are smartly cast and layered with meta, pleasing both cinema and television aficionados; like most Tarantino features, the soundtrack is comprised of rock and pop songs from the Fifties and Sixties, the entirety of which is joyous to hear; and the visuals are an appropriate reflection of the era, as should be expected with the classy fashions and vehicles dripping with coolness.

Once Upon a Time in Hollywood is certainly not the strongest entry in Quentin Tarantino’s catalogue, but his ninth movie is a great one nonetheless. The magnetic personalities of DiCaprio and Pitt ensure the issues of the first two acts are alleviated, allowing viewers to immerse themselves in a romantic world and be led to a spellbinding conclusion.

Once Upon a Time in Hollywood is currently screening in cinemas nationwide.