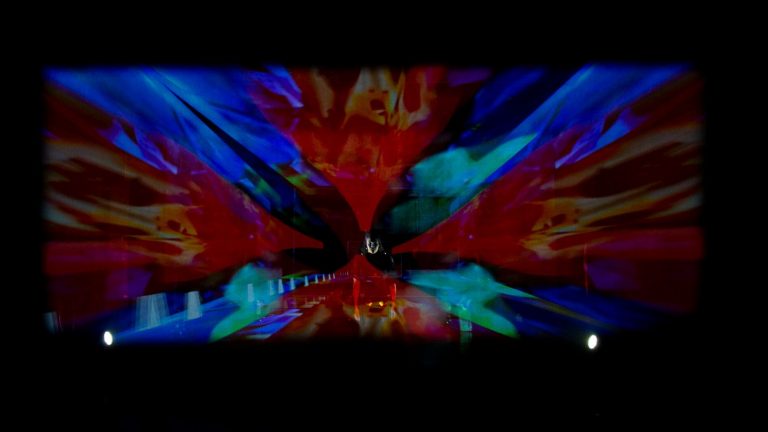 Wake in Fright: A New Play

In the half-century since its publication, there has been no shortage of attention given to Kenneth Cook’s haunting novel Wake in Fright, with analysis of its content being equally fervent. So popular is the work that it has twice been faithfully adapted for the screen – once as a feature-length film directed by Ted Kotcheff, and more recently as a two-part miniseries on Network Ten. A far looser adaptation recently premiered at the Malthouse Theatre just south of Melbourne’s CBD, showcasing a very different interpretation of the text.

Taking place in the Beckett Theatre – the easternmost room in the Malthouse complex – audience members are first met with rows of seating that lead to a flat, floor-level stage, where the only distinguishing feature is a small ring of spotlights. The play’s sole performer, Zahra Newman, soon after greets the audience with a jocular, seemingly gratuitous anecdote about Broken Hill, which gradually morphs into the show proper. Newman acts as narrator of events, speaking as though she’s reading from the pages of the novel itself; she also portrays the characters, the majority of whom are male, with an unflinching ease.

Much like the source material, the central character is John Grant, a school teacher working in the outback community of Tiboonda to repay his student debt. School holidays are fast approaching, and John hopes to spend what little money he has by travelling to Sydney; getting there involves an overnight stay in the mining town of Bundanyabba, known colloquially as “The Yabba”, where the only leisurely activities are drinking at a pub, or playing Two-Up with the locals. John partakes in both activities, soon finding himself not only broke, but losing all sense of reality.

To many people, the fictitious locality of Bundanyabba is completely foreign, not least because the majority of Australia’s population resides in urban and coastal areas, rarely venturing into the country’s Red Centre. Writer-director Declan Greene, on the other hand, contends that The Yabba is an allegory for Australia as a whole: an isolated, inhospitable place where outsiders are warmly received, so long as they adhere to the norms of their community. This assertion is quite discomforting for viewers, which is the exact intention of Greene’s adaptation – an experience that makes people, particularly Australians, uncomfortable. 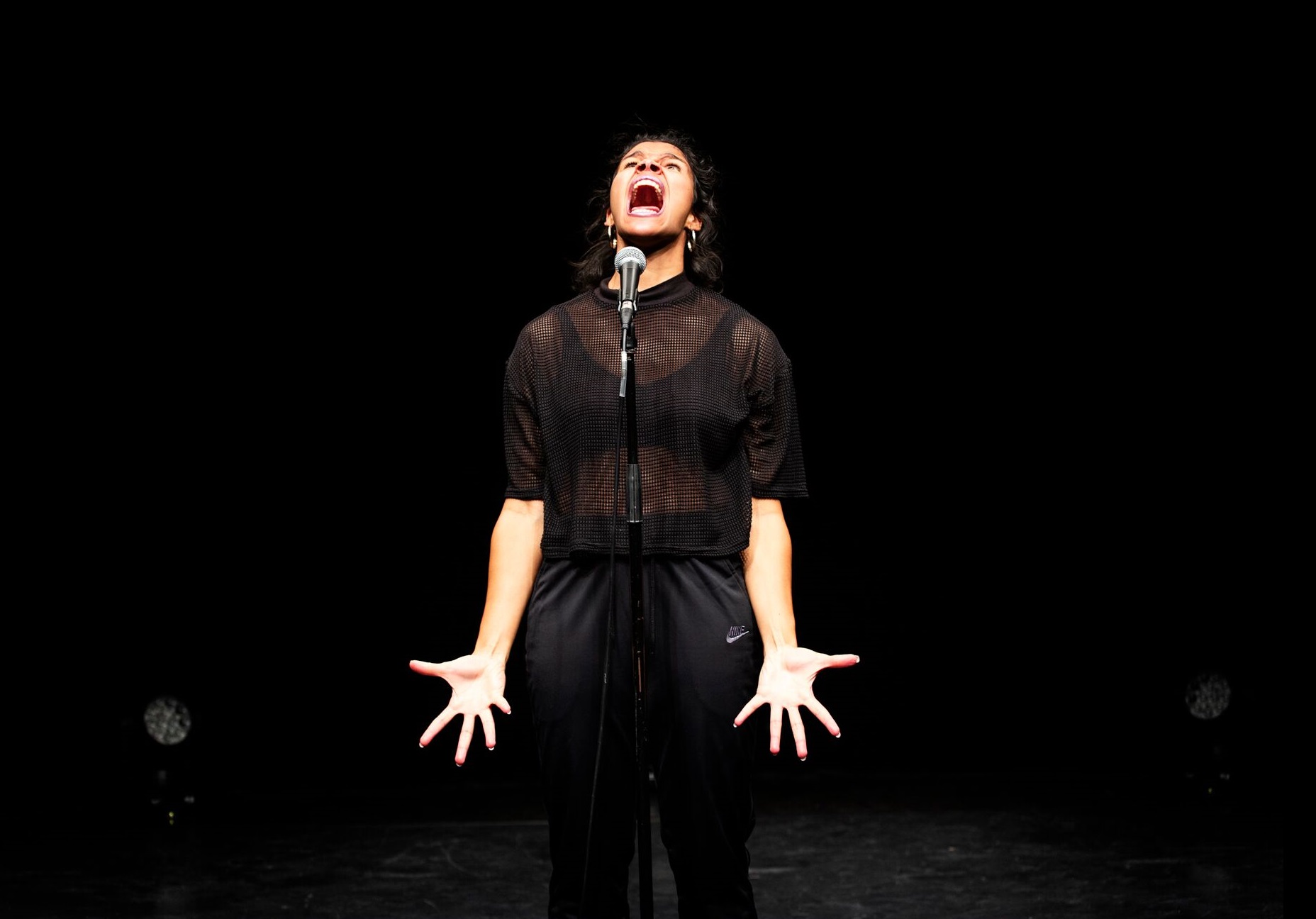 This willingness to unease is evident form the very beginning of the play. At the opening night attended by this reviewer, most in the audience were unsure as to whether Newman’s monologue was scripted, or the unhinged rants of an eccentric lunatic, and even less certain as to how they should react. Equally upsetting is the electronic music of Nicholas James Brown, which crescendos to a near-deafening level – those with sensitive ears will definitely want to take advantage of the free earplugs offered by Malthouse staff. Clearly, Greene wants Wake in Front to be confronting not just in its content, but its entirety.

During certain parts of the performance, the bright spotlights that surround Newman will flash rapidly, an effect which is bound to prompt seizures in those who are photosensitive, and simply overwhelm those who aren’t; towards play’s end, meanwhile, the stagehands make very liberal use of the smoke machines, inundating the room with enough carbon-dioxide to provoke an asthma attack. These elements, when coupled with the laser projections of Verity Hampson, produce an environment that is more akin to a Laser-Tag venue than a traditional theatre, an approach which certainly garners attention, yet doesn’t quite pair well with the material.

No matter what medium it takes the form of, art should try to challenge and provoke the consumer, without being too bewildering an experience. Declan Greene’s Wake in Fright succeeds in doing the former, but cannot claim to achieve the latter, since it is an unforgiving assault on the senses. Any message the play hopes to convey is lost in the noise, blinding light and thick fog, with the electrifying presence of Zahra Newman being the only element that cuts through.

Wake in Fright: A New Play will be showing at Malthouse Theatre until July 14th. For more information, head to the official website.