SYN Reviews: Weathering With You 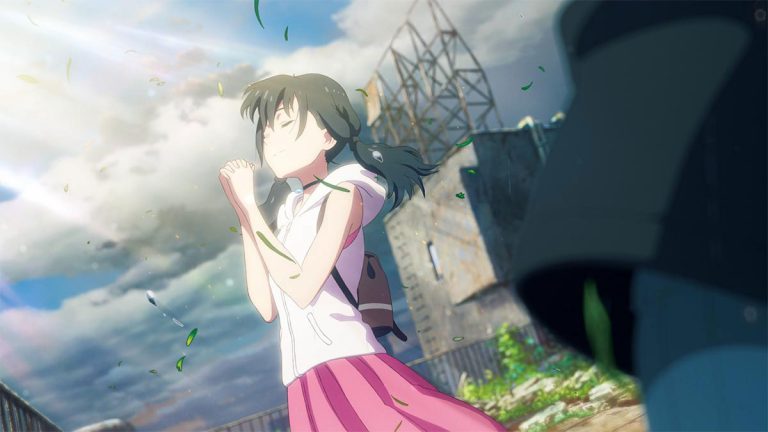 Weathering With You Film Review

Anime director Makoto Shinkai proved himself a pioneer of the industry with Your Name, a fantasy-romance that captured the attention and hearts of the world. Three years on, the film-maker is hoping to repeat that triumph with a picture of the same mould, one that’s less impressive yet not without its pleasures.

Teenage runaway Hodaka (Kotaro Diago) is embarking on a new life in Tokyo, desperate to flee the mundanity of his rural home. Being underage and without identification, Hodaka initially struggles with his expenses, but soon earns support from freelance journalist Keisuke (Shun Oguri) who employs the teenager as his assistant. Hodaka’s first job is to research a “Sunshine Girl” capable of altering the weather at whim, who is eventually revealed to be another teenager, Hina (Nana Mori).

After Your Name’s resounding critical and commercial success, it’s perhaps no surprise to see that Shinkai’s follow-up movie shares many traits with its predecessor – as with that film, Weathering With You blends elements of the fantasy, drama and romance genres to craft its story of two teenagers who unexpectedly form a bond. Another shared attribute is characters making pointed references to historical events and Japanese fables, which assist in providing a timeless quality.

The resemblances between Shinkai’s two films don’t end there. Just like Your Name, the screenplay of Weathering With You goes in directions unexpected, seamlessly morphing from one kind of movie to another – an attribute that allow the viewer to become happily absorbed. Furthermore, both works contain a prolonged third act that refuses to reach its end and insists on extracting as much conflict as possible, almost to the point of melodrama. As a result, the novelty of Shinkai’s work has sadly been lost.

Fortunately there are some pockets of originality in this picture, with the writing and development of its characters being one. Weathering With You has protagonists that are cheeky, rebellious and take risks, traits which make them more likeable and identifiable; it also adds complexity and nuance to personalities like Keisuke, whose motivations occasionally contradict those of Hodaka. Attributes like these were somewhat lacking in Your Name, hence proving that Shinkai is evolving as a storyteller.

The animation meanwhile, is an area where the director has regressed. Hand-drawn characters are still placed in computer-generated three-dimensional environments, yet both elements lack the detail and personality found in Your Name, thereby being less appealing to the eye. Having said that, the illustrations in Weathering With You are of a high calibre, possessing a level of artistry seldom seen from Japanese studios and helping to maintain interest in a dying medium.

Because of the comparisons with his previous work, Makoto’s Shinkai’s Weathering With You isn’t a resounding success, but it remains worthy of viewing. Intricate characters and a majestic screenplay are the strengths of this animated feature, both of which assist in overcoming a feeling of familiarity.

Weathering With You is currently screening in cinemas.