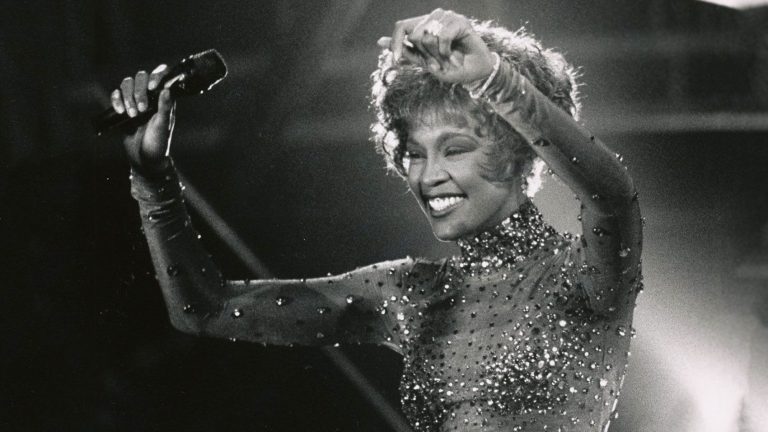 CONTENT WARNING: This review discusses subject matter relating to substance abuse and sexual-assault.  If this raises any negative feelings you can contact Lifeline at 13 11 14 or Drug Hotline Support at (03) 9611 6100 or 1800-RESPECT the Sexual Assault Crisis Line.

In her infamous interview with Diane Sawyer to address substance abuse allegations ten years before her death, Whitney Houston was asked which drug was “the biggest devil amongst them.” Houston answered, “that would be me.”

From humble beginnings in Newark, New Jersey, Whitney follows the turbulent road between Houston’s first sweet TV performance at 19 to her untimely death in a hotel room bathroom at just 48 years of age.

Known affectionately as Nippy, Houston was born into a family of singers. Mother, Cissy Houston whom sang back up for the likes of Aretha Franklin, detected talent early in her daughter. From the outset of Houston’s career, Cissy was adamant that her daughter was not going to be making “fad music.” She would be “legacy music.”

Legacy is exactly what Houston has left behind. From the crimped and colourful ‘I Wanna Dance With Somebody’ music video, to her minimalistic and iconic Star Spangled Banner performance at the 1991 Superbowl, the film reminds audience not only of Houston’s worldwide fame, but the raw talent that propelled her there.

Named after white sitcom actress Whitney Blake, the film shows the tightrope Houston walked in her career as a black artist who didn’t sit comfortably in music genres typically dominated by artists of colour. Bullied as a child for her pale-skin and booed at the 1989 Soul Train awards, yet celebrated for her role as a black leading lady alongside Kevin Costner in The Bodyguard, Whitney shows how Houston was paving a path of her own, not wanting to be ‘boxed into’ genres determined by the industry – namely soul and gospel.

The highlights of Houston’s career in Whitney are enjoyed guardedly as the audience is all too aware of how this story ends. The film overviews circumstances that contributed to an undoubtedly troubled personal life – an early introduction to substances, an unfaithful, insecure husband, a money hungry father and suspected abuse from a family member as a child. However, like Amy, the 2015 documentary on the life and death of Amy Winehouse, the film shows an industry where incentives to intervene are low and the duty of care for the artist is owned by none.

Whilst the film can’t provide an alternative narrative on how to correct these dynamics, fans of her music, lovers of ‘80s fashion and those just interested in watching the course of a life, will enjoy and have their heart broken once more by Whitney.
Whitney opens in cinemas across Australia on July 26. 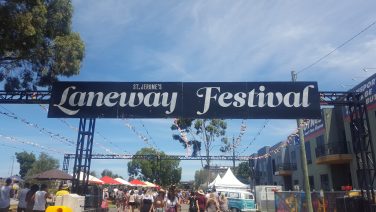 We headed along to Laneway Festival and this is what we thought...