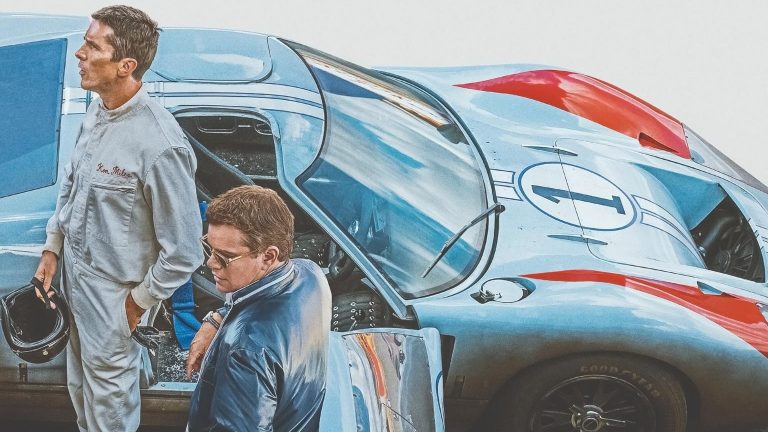 With the arts industry still in lockdown and premieres on-hold, Art Smitten is continuing to present a retrospective of our favourite releases, exhibitions and otherwise from the past few months. This week, Tom Parry returns with a review of the 2019 movie Ford v Ferrari.

There came a point some years ago when Hollywood decided that consumers were no longer interested in Epics – long, grand-scale pictures about the deeds of historic, heroic figures. The spirit of these films can be found in this James Mangold feature, telling of two sportsmen who defied the odds in their endeavour to achieve greatness.

In the early 1960s, the Ford Motor Company is losing its market share at a time when the North American economy is booming. Senior executive Lee Iacocca (Jon Bernthal) believes that investing in motorsport is the cure to the corporation’s woes – in his view, seeing Ford’s cars win races will make the brand more appealing. What’s unusual about Iacocca’s plan is his ambition to race at the 24 Hours of Le Mans, an endurance race dominated by the Italian marque Ferrari, in France.

To make his vision a reality, Iacocca enlists the support of Carroll Shelby (Matt Damon), a former racing driver who now develops and builds his own high-performance cars. Shelby agrees to Iacocca’s proposal on the condition that he hire British racer and friend Ken Miles (Christian Bale) to assist with development. It’s a plan that Ford’s executives aren’t wholly comfortable with, not least because of Miles’ notoriously brash temperament.

Much like the story it tells, Ford v Ferrari is a project that almost never came to fruition. The film spent years being developed and underwent several changes in stewardship before securing James Mangold as producer and director – he was in favour with the bigwigs at 20th Century Fox after the critical and financial success of Logan. Shortly thereafter, Matt Damon and Christian Bale – who mutually expressed interest in working together – were signed on to play the lead roles.

The casting of Bale is particularly noteworthy, since Ford v Ferrari is his first role since appearing in Vice. The Briton had to undergo a significant physical transformation for the previous film, gaining several kilograms and shaving his head to perform as Dick Cheney; all of that weight-gain had to be lost for Bale to play Ken Miles, who cuts a much leaner figure than the former Vice-President. For that matter, the differences between the two aren’t just physical.

When compared to Cheney, Miles is a carefree and unfiltered protagonist, and Bale embraces his hedonism with gusto, looking happier than he has on-screen in years. The delight he expresses behind the wheel of a GT40 is infectious, with his angry outbursts being just as entertaining; yet Bale also delivers during the picture’s more emotional moments, during which time he purveys a restrained tenderness. The Briton’s role is one seldom portrayed by him, and just the latest sample of his exceptional talent. 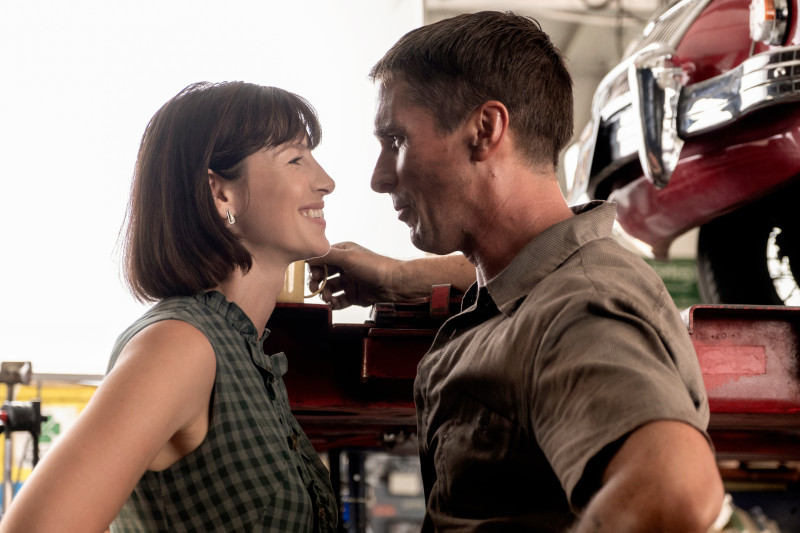 Matching Bale’s abilities in Ford v Ferrari is Caitriona Balfe, who plays Ken’s wife Molly. Like her male counterpart, Balfe expresses a myriad of emotions and does so convincingly, showing patience and compassion during the film’s quieter moments, and at other times providing a manic, fiery energy. Damon also provides commendable support as Carroll Shelby, as does Tracy Letts as Henry Ford II – both performances are enjoyable in their own right.

There’s even more enjoyment to be derived from the racing sequences, which are some of the most exhilarating ever put to film. In scenes that are evocative of another motorsport biopic, Rush, viewers are made to feel part of the driving experience courtesy of a camera that lingers as closely to the cars as it can, while the sublime sound mixing provides loud, authentic notes from high-revving engines – it’s rare for a movie to match the thrills of a real-life racing event, but Ford v Ferrari comes ever so close.

Not content with the realism of its motor-races, Ford v Ferrari’s screenplay also closely mimics historical events. While certain moments are altered for comedic effect (and done so superbly), for the most part the story remains true to what occurred five decades ago, which pleasingly means there’s none of the melodrama, romanticisation or clichés that typically inhabit this kind of picture. And for those unfamiliar with automotive history, the conclusion will be particularly refreshing.

Impressing even further is how Ford v Ferrari defies its elongated runtime. Despite being two-and-a-half hours in length, there’s never an occasion when audiences are made to feel bored, nor do they ever get a sense of the film overstaying its welcome – a testament to the editing, which is superbly paced throughout. Every moment feels integral to the narrative, and even in the calmer moments, the viewer cannot help but be invested in the proceedings.

One gripe to be had with Ford v Ferrari is that it doesn’t exactly feel timely, being a very white, male-centric movie. Molly is the sole female character of substance, with all other women given minor roles as either secretaries or translators; likewise, there are just two non-whites to be seen, both African-Americans, and only one of them (a cleaner) gets the opportunity to speak. For an industry that champions diversity and inclusivity, this represents a significant step backward for Hollywood, blighting an otherwise impressive picture.

Small in scale but great in execution, Ford v Ferrari is a modern-day epic that even non-petrolheads will be enthralled by. Fantastic performances, intoxicating racing and a fascinating story all combine to form a picture that is rich in drama, action and humour. It may ask for a lot of one’s time, but it most certainly earns it.

Still not convinced? Hear a second opinion with Tom and the team at Film 101 by clicking here.