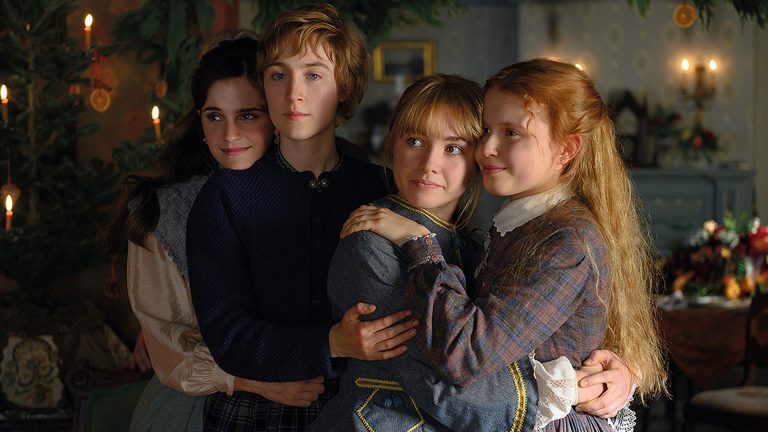 With the arts industry in lockdown and premieres on-hold, Art Smitten is presenting a retrospective of our favourite releases, exhibitions and otherwise from the past few months. This week, our resident film buff Tom Parry is reviewing the 2019 feature-length adaptation of Little Women.

Directorial debuts can often show great promise, resulting in high expectations for the sophomore effort. Such is the case with writer-director Greta Gerwig, whose first picture proved so masterful that many doubted she could produce another of equal quality. As this feature-length adaptation proves, Gerwig is more than capable of doing so.

Josephine “Jo” March (Saoirse Ronan) is hoping to become a successful writer, having moved to New York and been paid by a local publisher for her work. Being the year 1868, Jo is unable to be taken seriously and earns little to no recognition for her work, thus putting a dampener on her dreams. Yet the more pressing concern for Jo is news that her younger sister Beth (Eliza Scanlen) is gravely ill, prompting her to return home.

The current situation of the March household contrasts starkly with years earlier when Jo, Beth and their two other sisters – Meg (Emma Watson) and Amy (Florence Pugh) – were living happily and carefree in rural Massachusetts, despite the backdrop of the American Civil War. During this time, the family became acquainted with the reclusive Mr Laurence (Chris Cooper) and his grandson Theodore (Timothee Chalamet), who works his charms on all of the sisters.

First published 150 years ago, Louisa May Alcott’s novel Little Women has been adapted and reinterpreted across different mediums several times with varying degrees of success, begging the question as to why a major film studio felt it necessary to release yet another adaptation of the literary classic. More to the point, with many different versions of the story and the original text readily available, moviegoers might be left wondering what they can gain from seeing the tale again.

On this occasion, Greta Gerwig is the one who has been tasked with crafting the umpteenth version of Little Women for the screen, and she’s the ideal choice for the role. Her debut feature Lady Bird remains the most original, resonant and profound coming-of-age movie to emerge in years, earning five Oscar nominations and widespread acclaim. So impressive were Gerwig’s efforts that she earned the attention of producer Amy Pascal, who hired the writer-director to craft a new interpretation of Alcott’s work.

Gerwig’s Little Women largely stays faithful to the source material, eschewing a need to modernise the characters, dialogue or conflict. There are occasions when the film does languish, but for the most part, proceedings remain absorbing and are kept interesting by the jump between timelines – just when the screenplay appears to be losing momentum, focus shifts to a few years earlier and makes things livelier as a result. What’s more, the emotionally heavy moments hit just as hard as they do in other adaptations.

What makes the latest Little Women truly special though, is the direction. There’s so much warmth and energy in Gerwig’s version that it feels fresh, to the point where the viewer could be forgiven for thinking that her screenplay is original, and not a reworking of a century-and-a-half old book. Impressively, and importantly, this freshness has been achieved whilst retaining a timeless charm – the very same type that has kept interest in the source material strong after all these years.

Equally impressive is the cast that Gerwig has assembled for her adaptation, with the performances being exceptional all-round. Saoirse Ronan once again affirms herself as one of the greatest talents of her generation, exuding both confidence and vulnerability in the central role of Jo March; Chris Cooper gives a convincing and unusually tender turn in his short few minutes as Mr Laurence; and perennial Oscar nominee Meryl Streep is a hoot as the eccentric Aunt March.

Further pleasure is derived from the orchestral soundtrack of Alexandre Desplat, whose mellow and whimsical compositions match perfectly with the story; same goes for the colourful outfits of costume designer Jacqueline Durran, who rightfully earned an Academy Award for her efforts. Between them, Desplat and Durran have aided Gerwig in realising her vision – to create an adaptation that is upbeat and relatable to contemporary audiences, yet faithful to its forebearer.

Against the odds, Greta Gerwig has proven that Louisa May Alcott’s work still has resonance in the modern era. Her rendition of Little Women is a lively and energetic affair that places it among the best films of 2019.  If Lady Bird established Gerwig as a director to watch, then this surely readies her as one of cinema’s most dominant forces.

Still not sold on Tom’s review? Listen to his thoughts on the Film 101 podcast here.