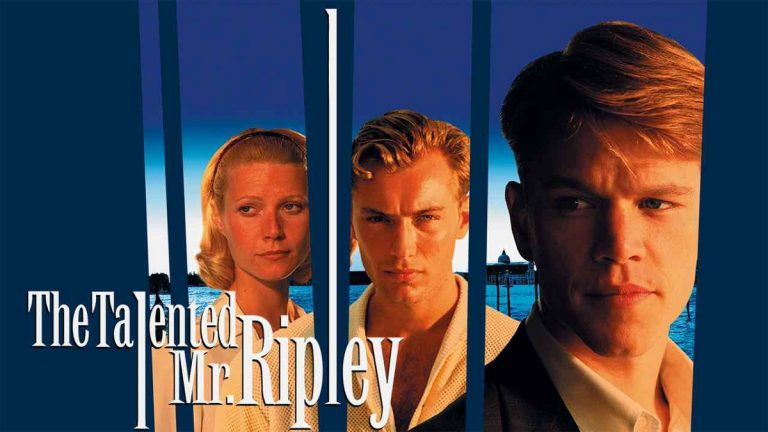 Oxford Languages defines passeggiata as “(especially in Italy or Italian-speaking areas) a leisurely walk or stroll, especially one taken in the evening for the purpose of socializing”.

When my royally conspiratorial neighbour, Rob – a retired 70-something accounts manager from the film industry and Italy itself – introduced me to this term, I felt compelled to preach it. His definition? “The one bloody thing the world needs with this corona crap!”

It is this neighbour, just like the 91-year-old seaman Roger who lives on the opposite side, who I’ve come to know and love – on the rare days I actually leave the house. Whenever I find him mounting his bike en-route to the Queen Victoria Market or tilling at his homegrown garden, I know I’m in for a treat.

It was he who demanded I watch The Talented Mr Ripley, a 1999 film set in the lushness of Italia. “It’s a movie that really makes ya think! I love movies that make ya think,” Rob said. And having watched it, I’ve got to agree. Just like Rob’s shovel chomping into a fresh set of cucumbers: dig in for this treat.

The first half of the film is weird and wandering, unsure of which direction it’s winds will whirl us in, yet undeniably wild. Within 45 minutes I was bored, and as someone who write notes on these feature reviews as I’m watching, it was interesting how the midpoint changed it all. We went from ‘ehh’ to ‘ooh’.

This set-up was intentional though – as you’d hope for from a fancy Hollywood picture. Its suspenseful and alluring score was similar to recent smash hit The White Lotus – another screen text that left me confused. Both are buoyed by their picturesque settings as well as their music.

The story sees Matt Damon in the titular role: a talented pianist recruited by a wealthy magnate to convince his abroad adult son, Dickie, to return home. Jude Law steals all the straight and queer kings and queens’ hearts in his performance as the adulterous Dickie. Damon menaces as Mr. Ripley, who is gradually revealed to be a bit of a nut – which is not a spoiler. 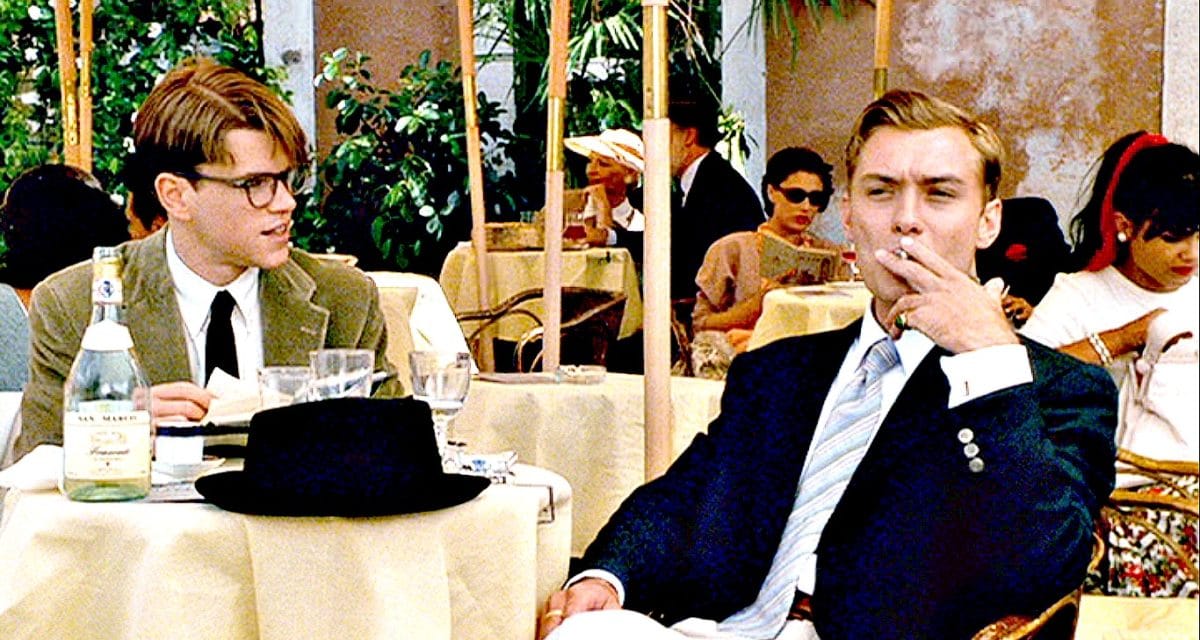 Damon is a really intelligent public figure, but complicated – like all of us. I’ve struggled with his recent comments on rhetoric lately (the ‘F’ word, the #MeToo movement). But he’s got a serious knack for artistry. Straight off the bat of Good Will Hunting, he really knocked this role out. So too did Gwyneth Paltrow as Dickie’s love interest, Marge. Although a role with a name like Marge – and a fabulous wardrobe like Grace Kelly – is destined to be great, Paltrow brought cheek and vulnerability to the screen that challenged Law and Damon, and represented her as the only true force of good in the film.

The ending made for a dizzying experience, and as a whole the narrative could be viewed as a sister story to David Fincher’s Gone Girl, or even Marielle Heller’s Can You Ever Forgive Me. All three texts similarly questioned the ethics of deceit, fraud and manipulation, yet something I liked about Mr. Ripley was how it delved further into these concepts through the consideration of psychopathy. The concept of a ‘psychopath’, which I would consider to be what most people generally consider an ‘evil’ person – someone who wouldn’t engage in passeggiata – is complicated to me, as evidenced by this portrayal. As a never-ending questioner, I would argue that a truly evil human – a genuine psychopath – is something no-one should ever have to witness, and something that also shouldn’t exist in the first place. In a lot of ways, like other movies about narcissists and psychopaths (which is basically every movie ever), this film should have been marketed as a tragedy as well as a psychological thriller.

There were two lines in the film that really struck me, both spoken by Damon.

was devastating, because it captured almost any depressed human’s thought process when trapped deep within their depression – which I would personally argue is at the root of any psychopath’s motivations. And before that is the line,

“Don’t you just take the past and put it in a room, in the basement? And lock the door and never go in there?”

which was really thought-provoking. It’s another one of those things which hangs out to dry the pain of the human condition. These quotes demonstrated the exhaustion that must exist within a psychopath’s existence, and certainly furrowed my brow as a try-hard reviewer/popcorn-lover. 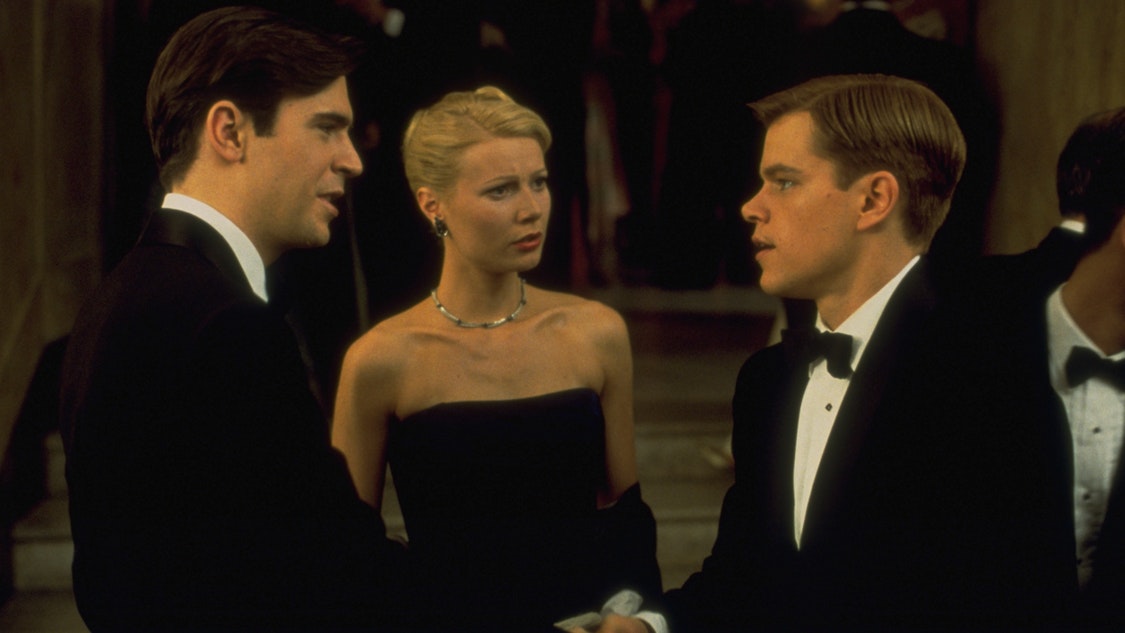 Touching back onto Damon’s experience in recent times as a supposed commentator (aren’t all public figures commentators?), I find it interesting revisiting a movie as homoerotic as this. He was ‘hot shit’ after Good Will Hunting. As Harvey Weinstein’s bestie, and a deserved Oscar winner, Damon could have chosen absolutely anything to star in, and he chose this. A story where his character is effectively infatuated with a man. I wonder if this movie relates to a certain trope seen in LGBTQ+ cinema where troubled persons flex their troubles for our entertainment. However, the fact that Damon appeared in this movie makes me wonder about the trajectory mainstream male queer representation holds – as well as female and genderfluid, but especially male because they’re so historically heralded as ‘powerful’.

Fittingly, what was relieving was how this movie suggested that the truth always comes out. Regardless of suppression, repression or depression, human interaction relies too much on: hearsay, word-of-mouth, conjecture, and – the best of ‘em all – curiosity to truly succumb to fallacies.