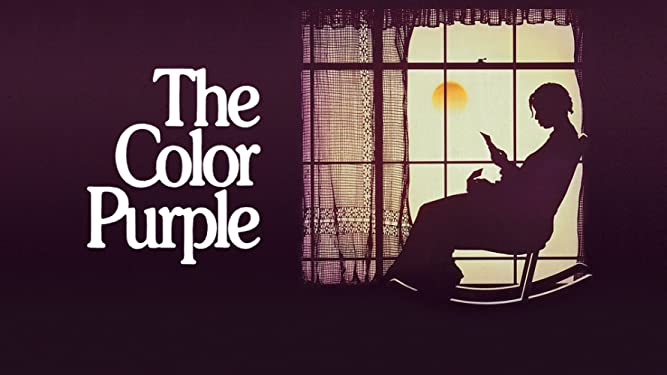 Part of me is confused with all the COVID exhaustion. Another part is, of course, exhausted. An additional part is unhinged, and an extra part just wants to psychologically isolate by feeling my way through it all, never questioning the whys, the how comes, or the causes. This is why it’s important to engage with material that will help us get through, and why I’m recommending The Color Purple (1985), directed by Steven Spielberg.

Whenever people ask, “What is your favourite movie of all time?”, I find myself stifled. Maybe it’s Dog Day Afternoon, starring Al Pacino as a bank-heisting fiend with a heart of gold. Perhaps it’s Toy Story 3, one of the most articulate, colourful flicks ever with a great portrayal of the power of friendship. Possibly it’s Blue Jasmine by Woody Allen – not only my late Grandad’s favourite movie, but also an example of a brilliant Cate Blanchett performance. But when I really think about it, so much of me is telling me to tell others that, simply put, (other than The Godfather Part II) The Color Purple is where it’s at. It hits different, it’s a total vibe, and it’s bloody ineffable.

I’ll begin with a synopsis. Whoopi Goldberg, the greatest host of The View despite her idiosyncrasies, enters as a newcomer. She was renowned in stand-up comedy and on the stage once discovered by Mike Nichols. In her first film role, she originates the role of Celie, a supposedly unappealing farm daughter during 1800s black America. From the age of 14, Celie’s tumultuous life is chartered and translated by a story with a universal impact. 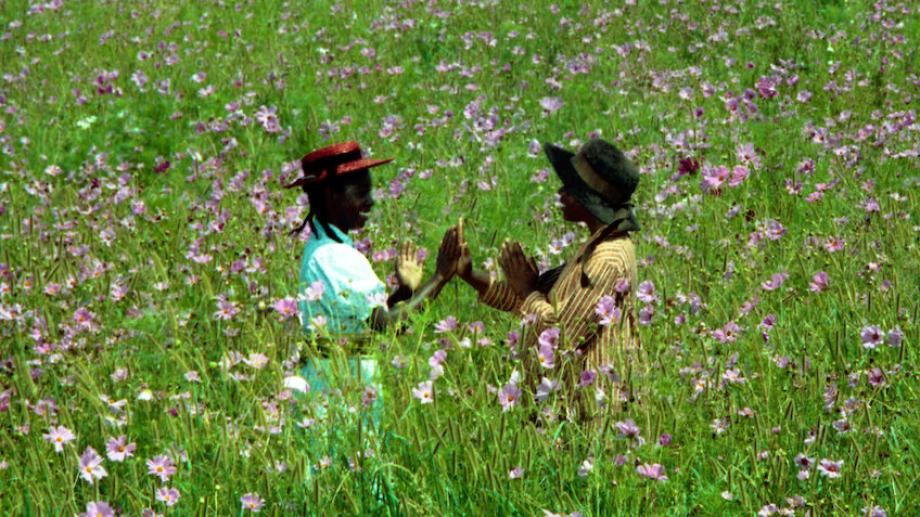 Thematically the movie comments on a surplus of issues. It interrogates innocence and naïveté, and the experiences suffered by vulnerable persons due to abuses of power. It interprets self-esteem as well as the discovery and ownership of sexual identity. Most clearly, it showcases the intergenerational traumas inflicted by systemic racism, and how devastating they can be.

Most powerfully, the movie voices the perspectives of black females. I personally believe in life that women of colour – especially darker-skinned women, and particularly those with African heritage – withhold some of humanity’s most insightful points-of-views. They are sometimes considered the ‘least represented’ population group politically and historically, from a Western perspective. They are the Shirley Chisholm’s and Maya Angelou’s – just to name a few – who express their wisdoms to a world which has too often ignored or suppressed them. But they are still determined in spite of this, which is so admirable, and which is maybe why I’m particularly biased towards this movie.

Without heading into spoiler town, all of its themes intersect to create a really compelling drama that’s useful for the LGBTQ+ era. The ensemble cast realises some very solid writing and direction, yet as Spielberg is renowned for his epic technology popcorn works, this is an example of his more subtle filmmaking – his emotional intelligence at play. It’s impossible not to give him credit where its due, but it’s similarly understandable to not have enjoyed the film because of his involvement. He is, in fact, a white man directing a historic black story. 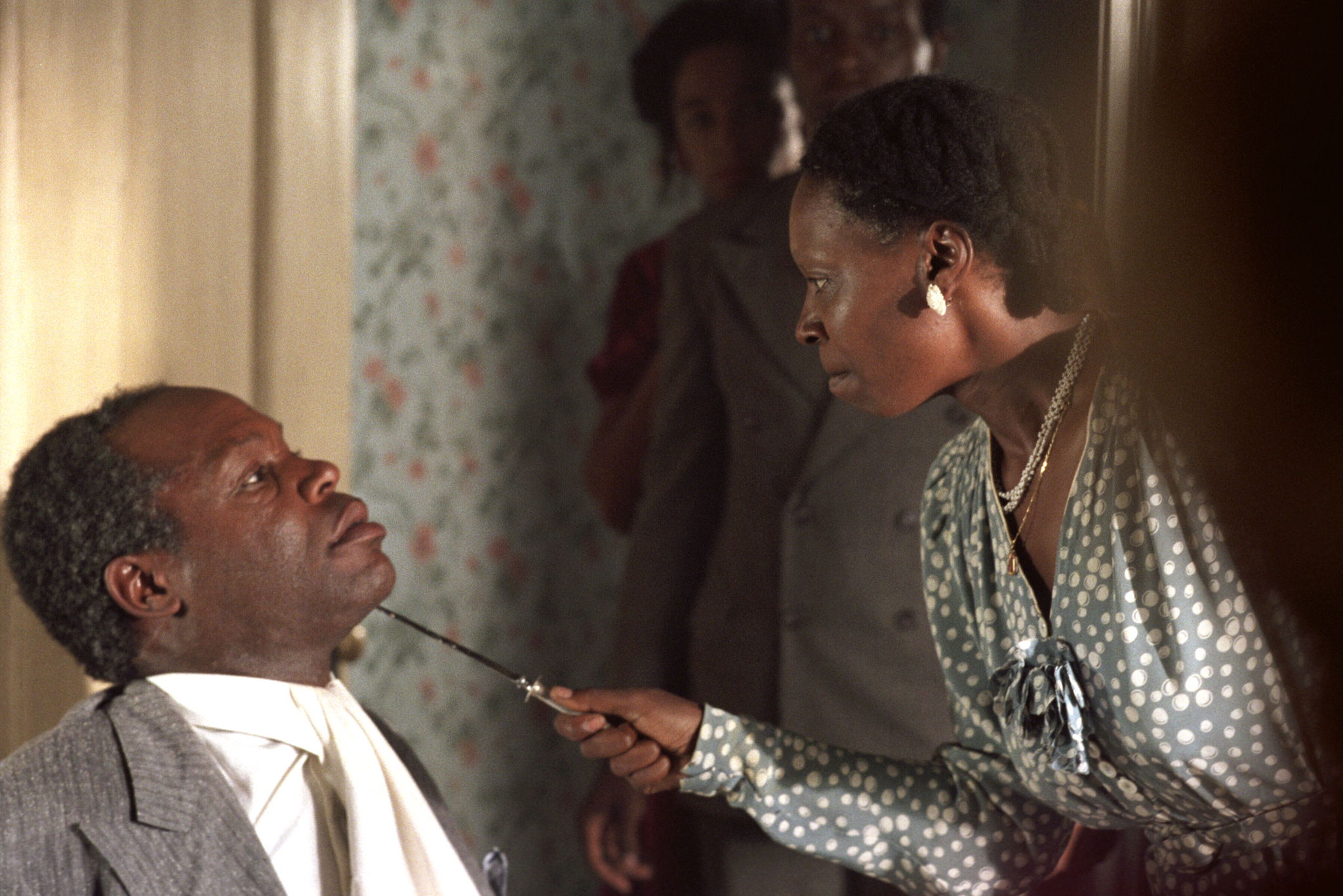 Whoopi Goldberg and the ensemble cast are excellent. Something funny is that, as I’m now an adult, I am still stunned by Margaret Avery’s supporting performance as Shug as I was as a young fella. She and Oprah Winfrey deliver equally Oscar-worthy performances that, I think, both unfairly lost to the great Anjelica Huston in Prizzi’s Honour that year. As much as I’d love to say the commandment of Oprah’s debut performance could’ve and should’ve taken the cake, Avery is who overwhelms. She is fierce, forceful and forgiving. She adopts this sense of instinct and authority for Shug that is visible through her faces as a performer, a lost Reverend’s daughter, Danny Glover’s lover, a patrician’s wife, and an all-round vulnerable soul. She is sweet, expressive and real, and you’ll forget she’s acting. One of the most moving scenes in the story is centred entirely on her character.

Something that is most indulgent about this film, as a masochistic movie-goer, is its indulgence in drama and tragedy. Tragic stories are important; they expose us to experiences that, despite our optimistic or nihilistic tendencies, we are all susceptible to. They showcase how unhelpful it is to avoid reality, no matter how unideal it may feel. This is why this film is so affective, because life itself is affective. Despite the fact so many Serious Sally’s out there seek to dispute this, it’s just the truth. Whether, like me, we’re sprung by a sudden cancer diagnosis in the family, or hurdled by a sudden relationship breakdown, or if we simply didn’t get given the extra aioli we asked and paid for in KFC drive-thru, life is oversentimental. We should accept this.

Shug’s quote with Celie towards the end of the film is what demonstrates the symbolic value of the film, as well as the spiritual and peaceful colour purple itself. She says

I also think it pisses God off when we don’t stop to smell the purple roses which are amazing movies like this. Do yourself a favour, watch this film.