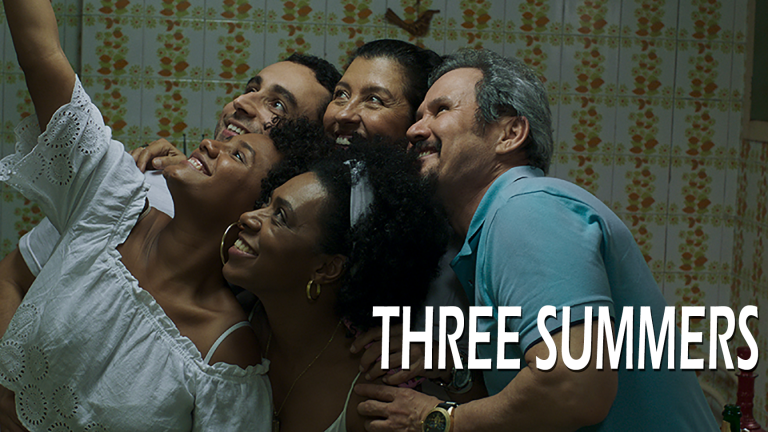 Eat the rich has become an increasingly popular phrase as wealth disparities were laid bare at the height of the pandemic. As passionate and provoking as that statement is, it is unlikely to manifest in any meaningful way (please prove my cynicism wrong). Rather than eat the rich, we might just have to work around them.

When her wealthy employers are caught up in Operation Car Wash (an anti-corruption drive in Brazil that resulted in thousands of arrests and billions of dollars laundered), housekeeper Mada is out of work and debts are piling up. With her colleagues, she must use her ingenuity and unbridled joy to keep everyone afloat.

The story plays out across three summers from 2015 to 2017. That means that something is always happening; the story never falters or slows even in its quieter moments. Each one is more enjoyable and insightful than the last. Lots happens in those humid months but nothing feels out of place. Not even a bizarre Christmas commercial shoot. Everything serves to highlight the crown jewel: Regina Case. 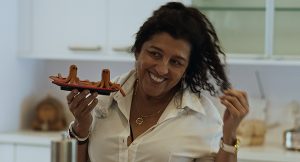 Director Sandra Jogut lucked out because this cast is unstoppable. Case is in a league of her own, proving to an unaware audience why she is the main character. While the supporting cast keeps up, no-one does as well as Rogerio Froes. He perfectly counterbalances the happiness of Mada with resentment and heartbreak. All of these stellar performances makes watching the staff adapt to their unfortunate circumstances is shockingly captivating. Case won Best Actress at the Rio de Janeiro International Film Festival and she deserves it for her exceptionally hilarious yet layered performance.

When your world is falling to pieces, turn to your friends. Sometimes our chosen family is stronger and better at adapting to the challenges life throws at us. This film exceeds in showing us just how important they are. The worst part about Three Summers is just that, we spend so little time with these exceptionally beautiful characters.

Three Summers – Três Verões – is in select cinemas from 24 July. In Melbourne, you can catch it at: Cinema Nova (Carlton), Classic Cinema (Elsternwick) and Theatre Royale (Castlemaine) from July 7