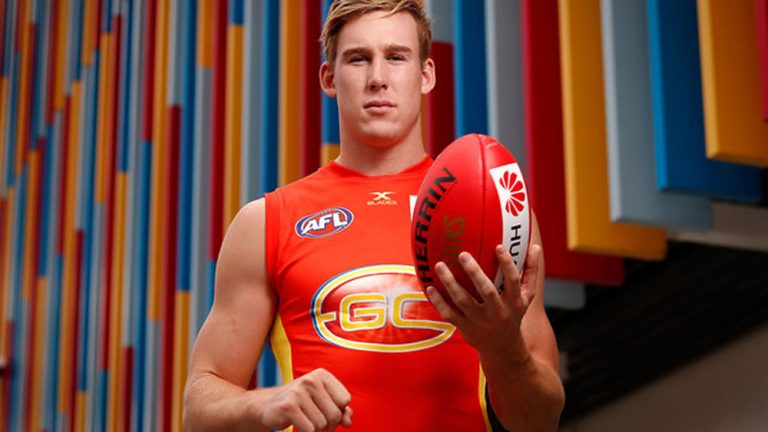 It looks like Gold Coast’s Tom Lynch is (definitely) going to Tigerland.

The Herald Sun reports the star forward will this week announce Richmond as his preferred club ahead of the free agency period, which opens on Friday.

Lynch, 25, had met with Hawthorn, Collingwood and Richmond, but he will reportedly nominate the Tigers as his club of choice.

The reports have sent social media into meltdown, with “Tom Lynch” the No. 1 trending topic on Twitter in Melbourne.

SEN says one of the key factors in his decision is to learn his craft alongside fellow forward Jack Riewoldt.

It’s understood that Richmond’s culture and strong leadership values are also behind Lynch’s decision to choose the Tigers over the Hawks and Pies.

The former Gold Coast co-captain announced he would be leaving the Suns almost two months ago, prompting three Melbourne clubs to enter the race for his signature.

The Suns will reportedly accept pick three in this year’s draft as compensation for Lynch.