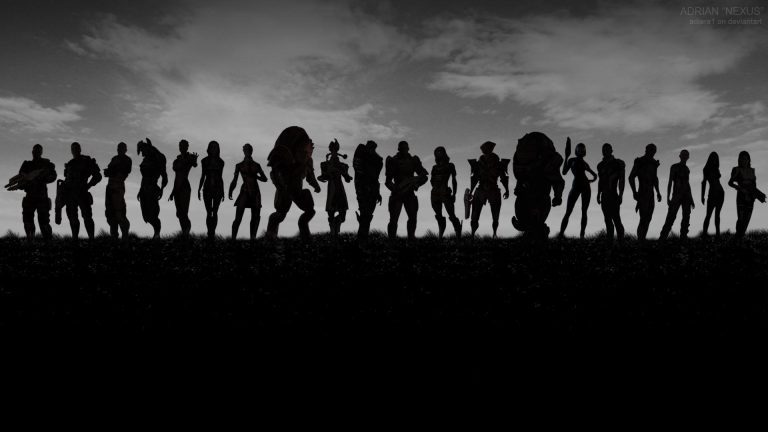 The Mass Effect trilogy built a name for itself through the way in which it allowed the players to control and dictate how its central figure, Commander Shepard, interacted with not only the world around them but the characters as well. Playing like that of an epic space opera, The Mass Effect trilogy was riddled with a plethora of secondary characters, many of whom were a part of the narrative from beginning to end. As a result, one couldn’t help but develop deep attachment to many of the squamate Shepard recruited throughout the trilogy. And while we enjoyed the company of most who did embark upon the Normandy ship, it goes without saying that there are some who stood out from the pack and to this day remain dear to the hearts of fans of the trilogy. That being said, here are my Top 5 Mass Effect squamates from the original trilogy.

While he may not be the most universally loved character on the Normandy roster, Kaidan always stood out for me and as such, was always integral to my Mass Effect experience. Idealist to the core, Kaidan is a great moral compass for paragon Shepard and is a great support in combat throughout the first game. While I like Ashely, I really do, her portrayal in the third game left a lot to be desired, while Kaidan returns as a new and improved character and squad member. He becomes an absolute badass in the third game and is without a doubt one of the strongest squamates in the team. Having overload, reave and cryo blast at his disposal makes him diverse, unique and effective in any fight. Sure, he might not have the most abrasive personality, but it is his slight quips and dry sense of humour that make him relatable, a star contrast to the many larger than life personalities of the other characters. His choice in staying loyal to the alliance and his distrust towards Shepard makes for a fantastic dynamic throughout the third game and truly believable tension, a refreshing change to the unwavering loyalty seen in all of the other squadmates. Sure, he may not talk a lot, but we need that balance, especially if he ever finds himself in the same room as my next and final squad member 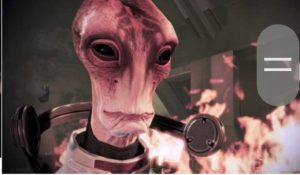 Arguably the best character to come out of the second game, Mordin is one of the most well developed characters within the trilogy as he provides a human side to the often robotic Salarian race. He breaks down the stereotypes surrounding what it means to be a scientist Salarian and tries his hardest to singlehandedly redeems the whole race for their typically selfish and annoying nature. He is a great member to bring along to missions, with his motor mouth, incinerate and sub machine gun providing a great source of entertainment throughout firefights and cutscenes alike. His inclusion provides a further exploration into the consequences of the genophage and allows Shepard an insight into the reasoning behind the decision to sterilise the Krogan race. Mordin’s narrative is one of the great redemption arcs in gaming history, as his guilt for his involvement with the genophage is what drives him to ensure it is destroyed in the final game. His sacrifice and sacrifice in the third game will go down as one of the greatest moments of the trilogy, with many a fan left teary eyed at the commencement of that cutscene. 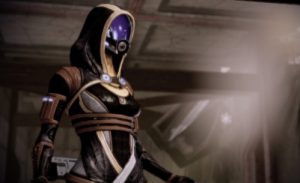 Who would have thought the quiet Quarian Shepard stumbles across in the back streets of the citadel would become the sassiest member of the Normandy family. Similar to Garrus, Tali is loyal to Shepard throughout all three games and as a result is really given the opportunity to come into her own as a character. Her loyalty mission in the second game is extremely memorable as it provides a fantastic insight into the Quarian’s and their tragic history. Not to mention that in combat her attack drone Chiktikka vas Paus, paired with her shotgun makes her a formidable ally to utilise when needed. Additionally, the role she plays in the battle between the Quarians and Geth in the third game is extremely powerful, with her newfound position as Admiral solidifying thy way in which she undertakes one of the biggest transformations seen throughout the trilogy. The only character that can really rival Tali’s transformation is the next squad mate on my list 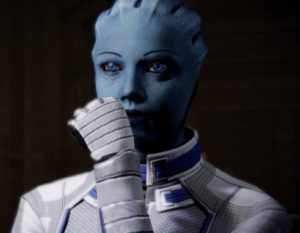 In many cases, Liara acts as a secondary protagonist throughout the trilogy, particularly in the first and last entries in the series. Choosing to take her on the brunt of my missions, I realised just how useful her biotics are in a fight. Similar to Tali, Liara is reinvented in the second game, moving away from her timid scientist persona to adopt a hardened and confident one. The Shadow Broker DLC just furthers her importance as a character and her ability to take charge within the narrative, a mantle she takes up with ease in the final game. From a narrative perspective, she is integral to the ending of the Reaper invasion, with her deep knowledge of the Protheans leading to the discovery of the plans for the crucible. This very device being what ultimate stops the Reaper invasion. Her dry sense of humour shines in later instalments, with her deep connection and relationship with Shepard leading to some of the most well executed and constructed conversations and moments of the trilogy. Max out singularity and she becomes the best supporting squad mate and if you pair this with throw she truely is a force to be reckoned with.

Shepard’s right hand man, Garrus has your back through thick and thin and remains a steady presence throughout the entirety of the trilogy. His long range sniping provides great support and his ability to mow down waves of enemies with his assault rifle make him a great member to bring to any fight. Most importantly, his metamorphosis from c-sec agent to vigilante to straight up badass is satisfying to watch. Whether it’s his awkward flirting with Tali in the third game or the competitive banter between him and James, Garrus and the dialogue he shares with Shepard and the other characters was always something to look forward to. His personal missions were some of the most satisfying and rewarding to play through, whether it was shooting or saving Sidonis in Garrus’ ME2 loyalty mission or making the gut-wrenching decision to beat him at the shoot of in the citadel in the final game. A mass effect game without Garrus and his calibrations is one no fan will ever want to see. Lets face it, there’s no Shepard without Vakarian.

By Eleni Thomas (Player One Host and Contributor)