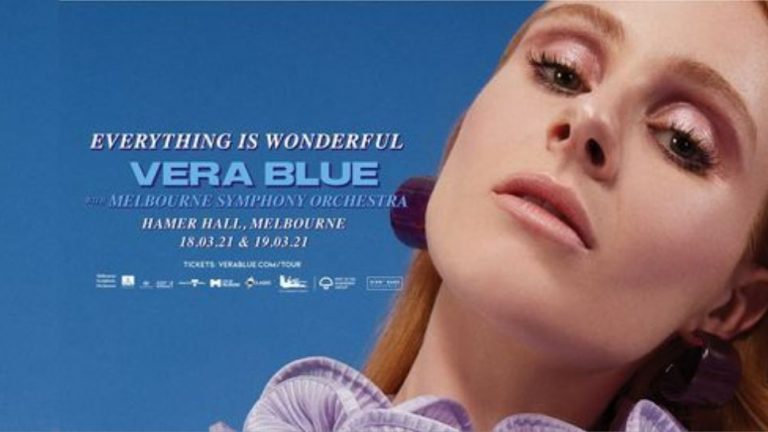 Seeing Vera Blue (Celia Pavey) live at any concert or festival is already such a magical and celestial experience. Add the Melbourne Symphony Orchestra to the equation and it really feels otherworldly.

Arriving at Hammer Hall in Southbank, I could feel in the air that this was going to be a special night. Lining up to get in, there was a frenzy of excitement from Melbourneites like I’ve never seen before.

After being seated, the Melbourne Symphony Orchestra acted as a support act preparing the audience for a truly special night. The MSO was one of the first Victorian arts organisations hit by the COVID crisis. 2020 being one of the hardest years for the orchestra not being able to perform live, you could see and hear that this group was ready to provide a prodigious performance. They did not disappoint one bit. Each song felt transcendental and incalculable.

After a brief intermission, seats were filled again and the lights went down. Vera Blue walked on the stage receiving an ovation from the audience. Straight away the performance was entrancing. A euphoric whirlpool of strings, percussion, and horns decorating some of her biggest hits felt like falling down the rabbit hole to Wonderland.

The orchestral and electronic accompaniment complimented Vera’s voice elegantly as she hit every high note flawlessly. The songs were reimagined in such a raw and highly complex way that every time she finished one the room felt delightfully shocked. If you want to know what it’s like to hear soaring vocals straight from one’s soul, Vera Blue is the artist you have to see live. 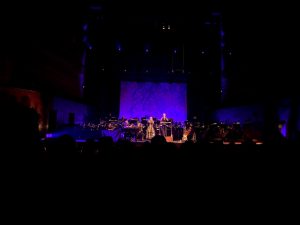 Stand-out performances included Lie to Me which felt so intimate and spellbinding with the string and harp section. I would have to say it was one of the most memorable live performances I’ve ever seen. Then Regular Touch graced the audience’s eardrums with truly touching and ethereal vocals from the influential Australian redhead; I honestly was blown away. Hearing Lady Powers was even more poignant considering International Women’s Week and the recent women’s marches across Australia. Bouncing around the stage, Vera’s presence was as prominent as ever, wearing a beautiful floral dress and jumping on the electric guitar and electric violin. The unreleased song Curses proved again that Vera is one of Australia’s most impressive young and upcoming storytellers. She described that this new song was about a friend of hers who fell in love with her best friend only to face rejection which made her feel cursed, a feeling many can relate to.

With huge emotional hooks in her pop songs, an extraordinary sound from her vocals and brilliant melancholy lyrics, Vera Blue’s music in collaboration with Melbourne Symphony Orchestra has to be seen to be believed. For an artist as versatile and talented as her, I’d make a bet any day that she is close to becoming an Australian icon. Thank you Vera Blue and Melbourne Symphony Orchestra, keep spreading that love.