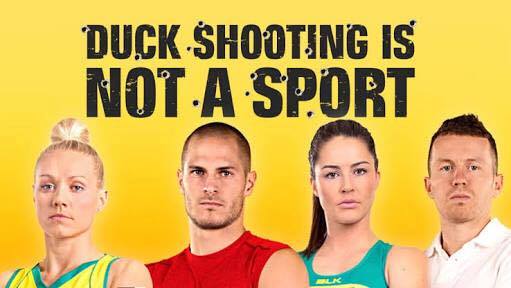 Billboards have popped up across Melbourne featuring sport stars holding a slaughtered duck. “Duck shooting is not a sport,” the advertisement reads. Animals Australia have ramped up their campaign against duck shooting and so has Victoria’s youth.

Young Victorians have added their voice to the duck shooting debate during the YMCA Youth Parliament program last week.

A team from Swinburne University proposed a bill on sustainable hunting, calling for increased monitoring of duck hunting and alternatives to shooting native waterbirds.

The Youth Parliament program allows young people from across Victoria the opportunity to create a bill on an issue they are passionate about and debate the proposed legislation in parliament.

“Waterbirds are still being shot at despite the pressures of climate change,” she said.

The proposed bill failed to pass Youth Parliament after a close vote, but those on both sides of the debate showed concern for the future of native waterbirds.

“Duck shooting is a dying activity and it’s just about over,” Levy said.

“The fact that a duck shooting season continues at all in Victoria just shows you how outdated Victoria’s politicians are,” Levy said.

In March, State Agriculture Minister Jaala Pulford encouraged Victoria’s 26,000 licensed duck hunters to get out into regional Victoria at the beginning of this year’s season.

“Duck season is an important economic contributor to the rural economy,” she said.

But the Coalition Against Duck Shooting’s Laurie Levy said duck shooters make up only 0.4 per cent of Vitoria’s population, a number too low for small country towns to gain financially.

“If the government wanted to look after people in regional Victoria they would ban duck shooting and bring in nature based wetlands tourism.”

“That’s where the money is for country Victoria,” Levy said.

He pointed to the success of the Phillip Island Penguins and said similar numbers of tourists could be travelling to Northwest Victoria to visit the “magnificent” wetlands.

Animal Justice Party leader Bruce Poon said even if duck shooting was important to the regional economy, it would be no justification for an unjust practice.

“They used to say slavery was important to the economy, but ultimately the moral argument won through,” Poon said.

“We are trying to train ourselves as people and a society to move on and become more progressive and fairer to everyone. We get rid of traditions, we stop doing them,” he said.

“On the opening weekend cars and cars of duck shooters pass through small towns where there are lakes and swamps,” he said.

“They spend their money there so the towns definitely get a boost.”

For Young, duck hunting is a part of his family history. He began going to duck season opening weekends as an eager and enthralled six-year-old.

“I got to spend an entire weekend with Dad and my grandfather,” he said.

“It was an experience of being out in the bush.”

He said the anti-duck shooting lobby, including Animals Australia, use the animal cruelty argument because there is no evidence duck hunting reduces bird populations.

“Their argument is based on a ‘feel good’ mentality,” Young said.

“That’s naive, legislation should be based on facts, not emotion.”

This year’s season saw a reduced bag limit from ten to four birds.

General Manager for Field and Game Australia David McNabb said hunters, not the authorities, are the best conservationists.

“They always want that population there, they want the prospects for those birds to be better and they want the opportunity for their son, daughter or grand-daughter to be able to go duck hunting.”

“It’s been demonstrated throughout the years that there is no one who will put more effort in preserving and conserving habitat and wildlife than a hunter,” McNabb said.

A primary objective for Field and Game Australia is to preserve, restore, develop and maintain waterfowl habitat in Australia.

McNabb said hunting allowed a connection with the land which is often lost in today’s urbanised society.

“The cultural component is people being reconnected with being out in the Aussie bush,” he said.

“I’m on the side of the ducks. I want to see them have their lives undisturbed,” he said.

More than 20 bills first tabled at Youth Parliament have gone on to influence state legislation.

Those that pass Youth Parliament are considered by Minister for Youth Jenny Mikakos and passed on to the relevant Minister. 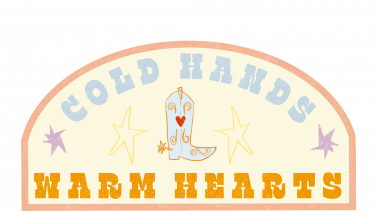