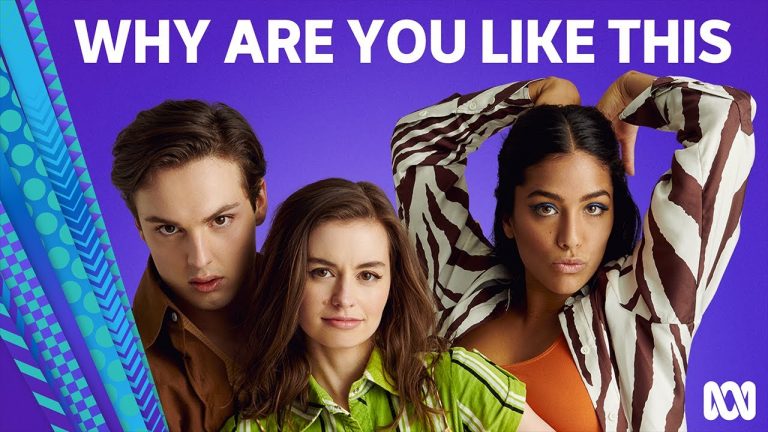 Everything I have been craving as a “Gen Z” in 6 episodes of hilarious comedy, relatability and outrageous storytelling.

Why Are You Like This? follows 3 twenty-somethings navigating their way through life while tackling complex social issues that I think any “Zillienial” could relate to. Premiering February 16 on ABC TV Plus and ABC iview, with the international launch to follow on Netflix this is extremely exciting for an Australian comedy to have the chance to be at the forefront of a new decade of humour.

The series is created by and starring some of Australia’s wittiest and hilarious young talent, including co-creator and actor Naomi Higgins, illustrator/writer/lawyer Humyara Mahbub and Mark Samual Bonanno from Aunty Donna.

Binge watching the 6 episodes in one day I found myself addicted. “FINALLY!” I thought. Something on Australian TV that has never been seen before. Something an international audience could be obsessed with while at the same time the most “Melbournite” local feeling show I’ve seen in years.

The 3 main characters Penny, Mia, and Austin remind me of many of my mates in their prime “What the hell am I doing phase?”. Each character has depth and diversity that Australian TV has been lacking for too long. Not to mention, the 3 main characters represent females, women of colour, the LGBTQ+ community, and of course some amazing scenes of Drag that I won’t give too much away of.

Not only does this show have hilarious writing, characters, pure laugh out loud madness in every episode, it also has representation.

I absolutely recommend sitting down with your housemates and enjoying Why Are You Like This? as soon as possible.

Sarah spoke to Wil King who plays Austin in the show. Listen to her interview here:

Tags: ABC, Are, australian, broadcasting, Comedy, Company, features, iview, like, representation, Sarah O'Neill, show, spotlight, Television, This?, TV, why, Why Are You Like This?, Wil King, you, zillenial