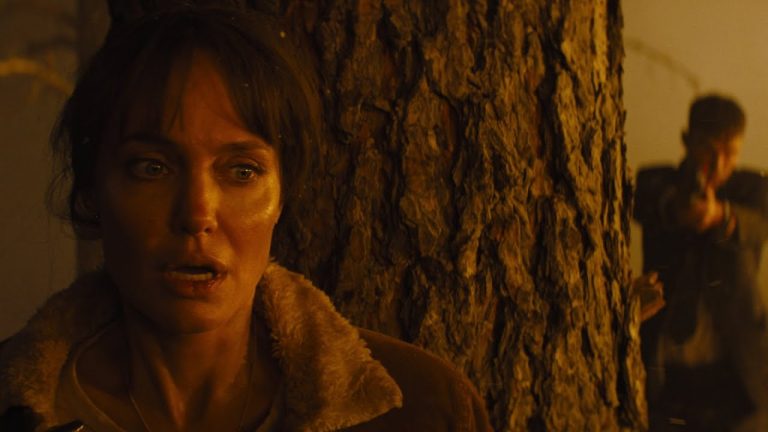 “…a thriller that has all the right materials on the surface, but doesn’t offer much at its core”

It has been about two years since Angelina Jolie last graced the big screen in the sequel no one wanted, Maleficent: Mistress of Evil (2019), and she’s back in a thriller that has all the right materials on the surface, but doesn’t offer much at its core. Helmed by Director Taylor Sheridan (Wind River 2017), Those Who Wish Me Dead (2021) boasts a talented ensemble and a promising premise, but it never really knows what sort of film it wants to be.

The issues the film faces stem from an unclear direction following the opening sequence. That opening sequence sees Sheridan thrust the audience into the world of the film through a cataclysmic forest fire where we are introduced to our protagonist, Hannah Faber (Angeline Jolie), a ‘smoke jumper’ who is traumatised after she was unable to save three children in the fire. Sheridan also introduces a separate storyline that follows Connor Casserly (Finn Little), the son of a scientist who knew too much classified secrets and is now being hunted by two assassins, Patrick Blackwell (Nicholas Hoult) and Jack Blackwell (Aidan Gillen). There is also another storyline involving a local Montana law enforcement officer, Harrison (Jon Bernthal), who is the bridge between the first two storylines as he knows Hannah and is Connor’s uncle.

There is obviously a lot of ground the film covers in the way of establishing its characters and working its way to the eventual merging of the storylines in play. This isn’t necessarily a problem seeing as Sheridan has a knack for both directing (Wind River) and writing (Hell or High Water, Sicario 2015) really engaging crime thrillers, however those aforementioned thrillers are not only more focused in their direction, but they also deal with really griping characters.

The main problem with Those Who Wish Me Dead is that the film bites off more than it can chew in the way of the story, and this comes at the expense of engaging character arcs that don’t have the time to develop because there is so much going on. The resulting flaws are that there is a sub-par inspection of the effects of PTSD and the thin crime thread with the classified information, and this is mainly due to the minimal time spent fleshing these threads out through the characters at their heart. 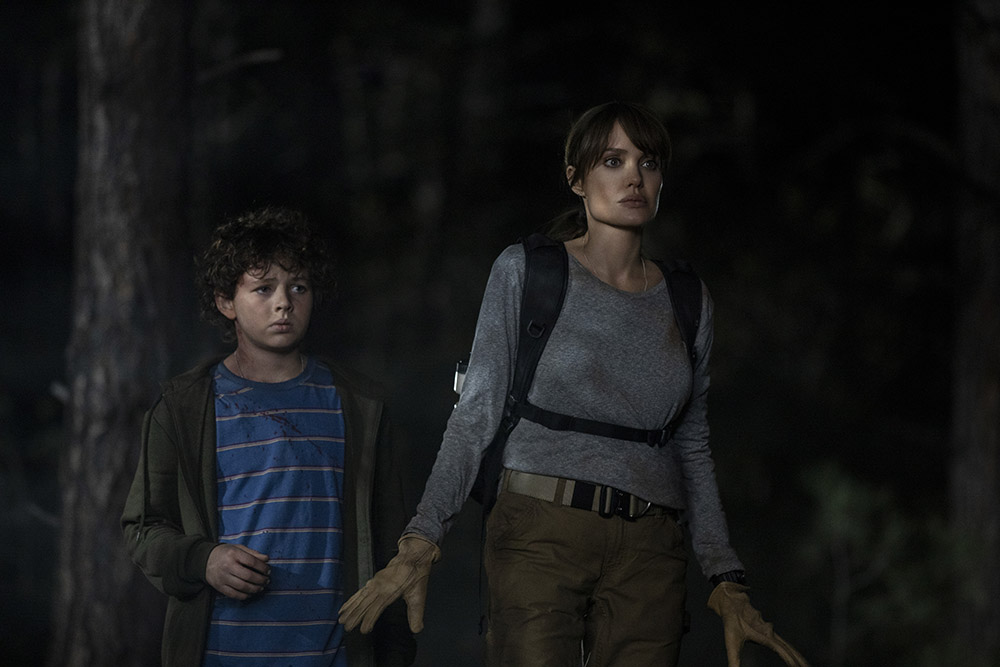 Finn Little and Angelina Jolie in Those Who Wish Me Dead

The films greatest strength is easily the Hannah and Connor dynamic as it leans into importance of a maternal presence for Connor and the chance for Hannah to help a child whose situation she at least has some control over. Again though, the aspect of trauma is really loosely explored and is treated as something of an obstacle that can be overcome rather than a serious problem that needs more time to unpack and explore. Had the film focused solely on these two characters by making Hannah a close relative of Connor’s rather than Harrison, there would be ample time to both put meat on the bone of the hitman-esque thread, and explore the trauma that comes with loss. Jolie also feels like a side character in what is supposed to be a lead role, and again this is owed predominately to just how jam packed this film is with directions and arcs that don’t have the space or time to be thoroughly fleshed out.

When one thinks of Jolie’s work, it isn’t hard to imagine just how unique she can be on the screen as she radiates all things exotic and different (see Lara Croft: Tomb Raider (2001) or even Maleficent 2014). It’s strange then to see her in a setting where she plays a character whose plights are more human, yet she still has a mystifying aura about her that never fully meshes with the world of the film — she stills seems like the most otherworldly character in the diegetic world. Perhaps that is simply a symptom of her presence in stories about human plights, or it might just be the lack of time we spend with her as Hannah. Regardless, seeing Jolie in something other than an evil fairy costume or guns blazing is a welcomed sight, even if she does still feel otherworldly by surviving gliding accidents, lightning strikes, fires, and brutal beatings.

In terms of the action itself, it is quite well done and there are moments where you are on the edge of your seat as Aidan Gillen sneers and taunts his victims. Gillen has made a name for himself playing antagonising roles following his stint as Petyr Baelish in the critically acclaimed HBO series Game of Thrones, and he is definitely going to be typecast in further antagonist roles in the future. Nicholas Hoult, on the other hand, isn’t as convincing as Gillen’s other half, most likely due to the lovable and sincere characters he has played in the past, so that might be the only real questionable casting choice in this film.

Stardom is what will ultimately bring audiences to this film as the plotting is too thin to bring you into the films world which is needed to warrant a deeper engagement with the characters at its core. Having Angelina Jolie alone would suffice in piquing peoples interest, but even her star presence can only do so much in the way of salvaging what is a mediocre crime thriller in a genre where stories like this have had more compelling telling’s. 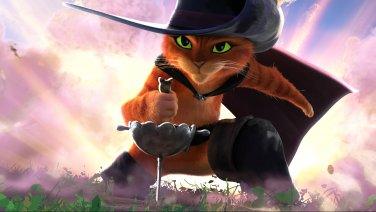 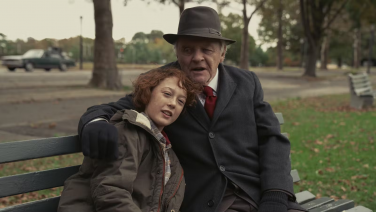 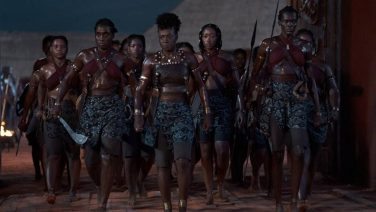