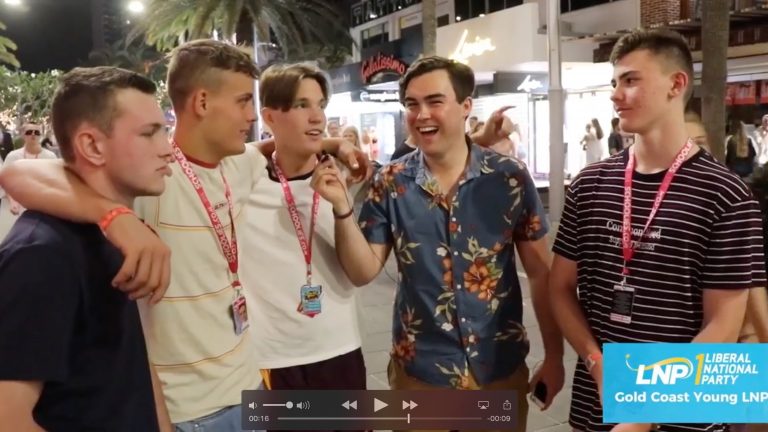 The Gold Coast Young Liberal National Party have deleted their Facebook Page after publishing a video in which their chair was seen laughing at racist comments.

The video, posted on December 2nd, was filmed at schoolies on Surfers Paradise shows Gold Coast Young LNP Chair Barclay McGain laughing at a comment made about First Nations people in Australia, “We gotta stop celebrating a culture that couldn’t even invent the bloody wheel for god sake.”

It appears that the person making the comment is also a member of the Queensland LNP and that has been pictured with high profile MPs including Peter Dutton and Malcolm Turnbull along with campaigning for Federal Member for Petrie Luke Howarth.

The Gold Coast Young LNP have deleted their Facebook page after publishing this video today. It shows their chair, Barclay McGain laughing at the statement "we gotta stop celebrating a culture that didn't invent the bloody wheel for god sake" speaking about First Nations People. pic.twitter.com/1XzWkXOJeH

Queensland Labor Minister Leeanne Enoch called upon the Queensland Opposition Leader to act against racist elements within the Party.

“These kinds of view should not be allowed to simmer within any organisation. Swift action needs to be taken.” Said Ms Enoch.

“It’s endorsed by the Gold Coast Young LNP’s chair who laughs along with the racist comments and the person who makes the comments pretends they’re not a member of the LNP.

“I’ve called out this kind of behaviour from the LNP before and I’ll keep calling it out until it stops.”

In a statement, the Queensland Liberal National Party said that disciplinary action is being taken against members involved in the video.

“The LNP became aware of a post on the Gold Coast YLNP’s Facebook page on Monday afternoon that contained material that does not reflect the values and beliefs of the Party,” said the statement.

“The post was removed and the members involved will be subject to the LNP’s internal disciplinary process. All LNP members are expected to uphold the values of the Party at all times.”

BREAKING – The Queensland Liberal National Party has released this statement to me, saying that the party has begun disciplinary action against those involved in the video.#auspol pic.twitter.com/wytRADnLP8

Update & Statement from the LNP: “The LNP President’s Committee this afternoon suspended the membership of three people, pending an investigation by the party’s Disputes Committee.” 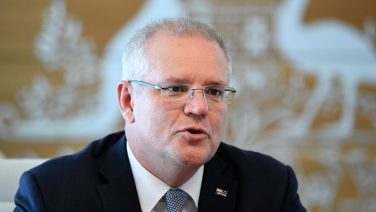 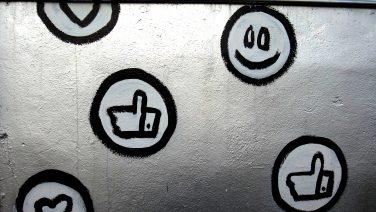 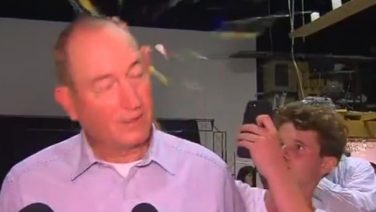