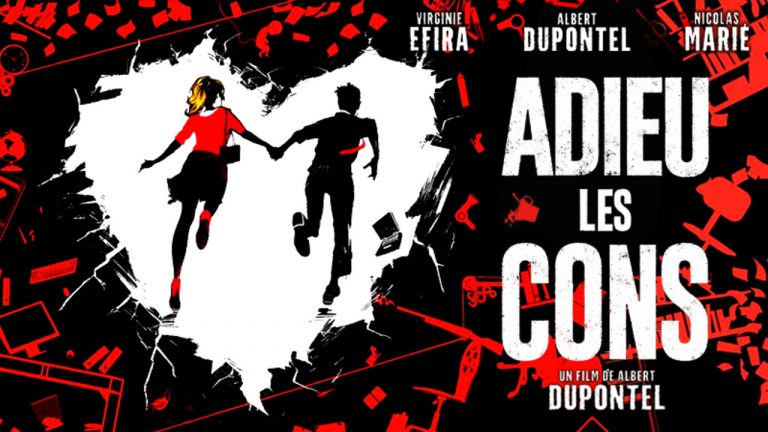 Life is extremely busy we sometimes forget the things that matter. There almost never seems to be a moment where we can catch our breath and appreciate what we have around us. It unfortunately takes tragedy to force us to do something we have always wanted to. Bye Bye Morons is the weird man on the side of the street, yelling at you to follow your dreams before it is too late.

With only a few months to live, Suze Trappet is desperate to find the child she gave away when she was a teenager. She blackmails uninspiring computer genius JB, who conveniently works for Internal Affairs, to help track him down. Along with blind archivist Mr. Blin, the trio have set out on an astonishing adventure outrunning the police to discover the true meaning of love.

Verginie Efira is electric as Suze. She has an unflinching energy that pushes the story along. She is as committed to this performance as her character is to finding her long lost child. On the other hand, Albert Dupontel (who also wrote and directed the film) is the perfect counter. Dry and bland, he perfectly cuts through the determination and grit that Verginie has. Hilarious moments flow from this pairing so naturally. However, the standouts – with only twenty minutes of screen time – are Jackie Berroyer as Dr. Lint and Catherine Davenier as his wife. They make the perfect couple forced to deal with the Alzheimer’s of Dr. Lint. 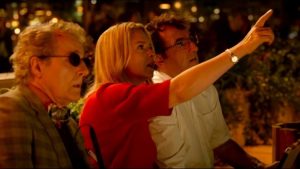 The scavenger hunt style story is extremely fun to follow. While maybe not logical in reality, every obstacle makes complete sense in the narrative. Dupontel does an excellent job making sure each problem builds to its natural climax and finds the next challenge for the team to solve. Despite the humorous situations the trio end up in, messages on the importance of life and power of love are surprisingly touching and well executed.

That is if you forgive the exceptionally poor handling of the emotional anchor of the film. Over a montage, it is revealed that Suze was forced to give her child up for adoption. This propels the whole story. Problem is the entire sequence is tacky. The typically wonderful soundtrack decides here to switch jarringly from rock to acoustic guitar. Since there is no dialogue, the acting is all pantomime. These choices are baffling considering Dupontel handles Dr. Lint and his situation with such care. It is simply an unreal oversight. While the film rectifies this later on, it is initially hard to care for Suze and the narrative at the beginning. Putting that aside (and pretending it never happened), the film succeeds in balancing the comedy and emotional payoff.

Conviction is the lifeblood of this film. With all the actors believing in the story, you cannot help but go along with them. Is that not what we all need? A little more conviction to go out and live life to the fullest before it escapes our grasp. If you can dismiss its numerous blunders, Bye Bye Morons has poignant lessons to tell you about before it says au revoir.

The 32nd Alliance Française French Film Festival runs from the 2 Mar-20 Apr, 2021. Bye Bye Morons will be showing in cities across Australia. You can catch it in Melbourne from now until 31 March 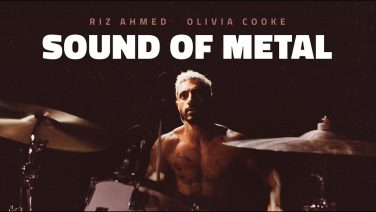