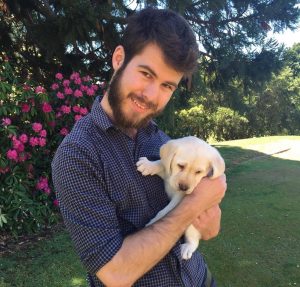 I studied a Bachelor of Communications (Journalism) at RMIT university and somehow passed despite spending a lot of time at SYN/eating ramen/watching sport/browsing memes in class.

I did three internships, one in Jakarta with Rappler, one in the Melbourne office of The Australian and one at Smart Company. I loved Rappler and Jakarta, but feel I didn’t make the most of my other two internships – I sort of stayed in the background and didn’t go up to people and ask to help them with things or find out what they were doing which I really regret in hindsight. They certainly didn’t lead to any jobs, and I wish I’d gone regional for an internship. So interns – ask to do things. Don’t think you’ll get in the way, While you will actually be in the way, you’ll learn so much more and then have more chance of getting a job than I did.

In between looking at [fire emoji] memes and hanging out with [one hundred emoji] people, I was on Panorama for two years or so, as well as a news-y seasonal called What In The World. I guest appeared on a few shows like The Yellow Family here and there, and also was involved in the Represent Budget special in conjunction with channel 31, where I went into the Federal Budget lockup, and also was involved in the Election coverage.

I’m working in a little place called Orange in NSW for the local paper called the Central Western Daily! I got the job in September 2017 after one of my lecturers put a call-out for people looking for jobs and I responded. Two weeks later I was given the option to pack up my life and move 800km north and I took it! I made the move on up without looking at the average temperatures. It snowed in October. I don’t like the cold. Winter will be fun*, but the town itself is gorgeous and lovely and fantastic.

What does a typical day look like for you at the Central Western Daily?

I don’t find I have a typical day at the CWD. We’re a daily paper so are churning out six papers a week which can lead to some hectic days. I’m a chance of working any day of the week, with days off scattered about the place with wanton abandon. We get in at 8.30 and we’ll have our 9am meeting where we talk about what we’ve got on for the day, and then the day can go absolutely anywhere. I could be out of the office for five or six hours or I could be on the phone all day or trimming stories to fit. I could be doing sport or news or a mix of both. I could be having lunch at 11am or 3pm or not at all and I quite like having that much up in the air.

In terms of finding a job, from my experience it’s a lot of who you know in the industry – in my case my lecturer, in others’ cases it might be a friend or mentor. They won’t get you the job but they’ll tell you when jobs are going, which is just as important. Obviously if you keep your nose to the ground you’ll find them yourself online but the more people you know the better it is.

In terms of the actual job, the advice that sticks out to me is the first lesson I got taught about journalism, which is “buy a wok”. Shoutout to Josie who was my first ever uni lecturer who said to be a journalist you need to look after yourself, and to do that you need to be healthy and to be healthy you need to eat lots of greens and the easiest way to do that is by cooking stir fry which involves a wok. Drawn out, confusing, not entirely accurate considering frying food isn’t as healthy as I thought it was (#yolo) but it took me a long time to realise the “looking after yourself” was the important bit. If you don’t look after yourself in any job you’ll struggle, let alone a media job. Take care of yourself.

Why the hell do people keep living in big cities? I mean sure they’ve got so many options of food and entertainment like music and sport and shows and they’ve got public transport and stuff, but if you find the right town out bush you can have just as much, all while paying less for an entire two-bedroom house on your own than you would be for a single room in Brunswick.

The distance can be a challenge – I’ve got friends a few hours from Melbourne who can come back for the weekend, but the 11 hour car trip from Orange back to Melbourne and then another 11 hours from Melbourne to home isn’t ideal (read – possible) when coming back for a weekend, and phone calls back can only do so much. Ask me again in six months, assuming I don’t freeze to death in winter.

Also there are SO MANY DOGS. As someone who loves dogs, seeing an average of two puppies a week is my idea of heaven. So yeah, regional areas = tons of doggos.

I mean you could murder me and wear my skin and seamlessly fit into my life as me, but it’s really hard to do convincingly. Not that I’ve tried, of course… hahaha… anyway, if you’re still at Uni do a regional internship! If you’re not, try finding a way of doing a regional internship, or keep on building a portfolio that would make a regional paper/TV or radio station consider you – which you WILL get with SYN. Keep hitting up people around the office for feedback, they’re awesome. Make the most of them while you can. The more experience you have under your belt, the more likely it is employers will overlook that you’re wearing a second layers of skin and calling yourself “Guy Incognito”. 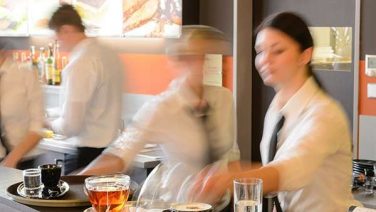 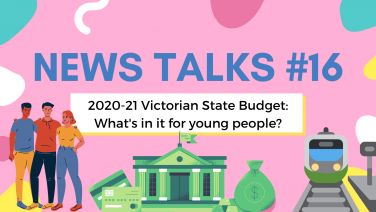