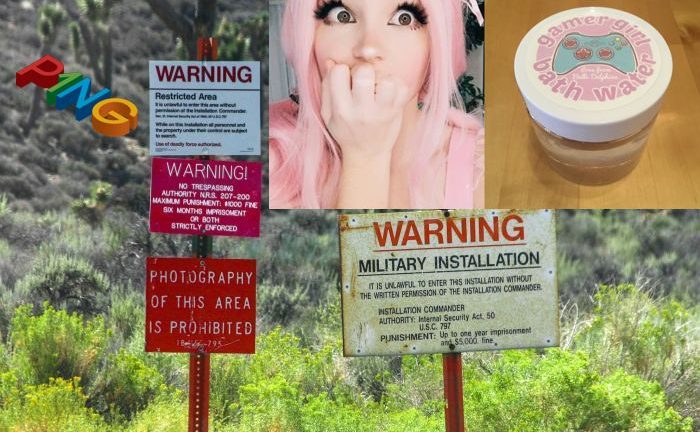 “I mean, the event said 2 million, but you know how Facebook events are. Only 10 people came to my birthday party event, though 45 said ‘Going’, it’s pretty frustrating,” bemoaned Crypto.

Crypto and the memesters saw many things, that probably each deserve an investigation on their own, but one thing stood out.

“I would have been less surprised if we found aliens.”

A person from the American military – who spoke off the record – said the shitposters caught their bluff.

“We were never really going to shoot anyone over this, there aren’t any Deep State secrets or anything like that, this is just where we store our ‘stashes’, if you catch my drift.”

“Although, one of my colleagues, who I swear is crazy, probably will shoot you if you find what he’s stored here.”

One of the stashes in question is more than two dozen bottles of the Gamer Girl Bath Water, sold by Instagram influencer Belle Delphine.

Belle Delphine sent an email response to our inquiries.

“Look, I apologise to everyone still waiting for their shipment of the bath water, but demand from the military was huge, and you can’t say no to people who can both bug and bomb your house.”

“I will admit it’s made me a lot of money, but I never ever thought someone like me could get rich from the Military Industrial Complex.”

Player One is currently selling bottled Gamer Guy Bath Air, due to the fact that we don’t have a budget for bath water. So far, zero units have been sold.