–
Williams technical director Sam Michael and chief aerodynamicist Jon Tomlinson have resigned from Williams after the team’s worst start to a season in its 33-year history.
Williams announced today that the two would step down at the end of season with Mike Coughlan names as chief engineer for 2012.
Coughlan was formerly chief designer for McLaren, but was eventually sacked for his part in the 2007 Ferrari-McLaren spying scandal.
‘Both Sam and Jon are talented and driven people who have worked hard for Williams over 10 and five years respectively,’ said team principal Frank Williams. ‘Nonetheless, they have recognised that the team’s performance is not at the level that it needs to be and have resigned in order to give the team the opportunity to regroup and undertake the changes necessary to get back to the front of the grid.’
‘Both will continue to work in their present positions through until the end of the year to ensure that the team maintains focus and momentum during the 2011 season. We are very grateful to Sam and to Jon for their professional approach.’
Team chairman Adam Parr also revealed that he too tendered his resignation to Williams, Patrick Head and chief shareholder Toto Wolff, though they refused to accept it.
Coughlan received a two-year ban after 780 pages of Ferrari technical documentation were found at his home. Ferrari were tipped off by a local photocopy store employee after Coughlan’s wife submitted the documents which were clearly confidential in nature to be duplicated.
‘He left Formula One in 2007 because of conduct which he acknowledges was wrong and which he profoundly regrets,’ said Williams.
‘His two year ban from the sport expired some time ago and Mike is now determined to prove himself again.  Williams is delighted to be able to give him the opportunity to do this and we are very pleased to have one of the most talented and competitive engineers in the sport helping us to return to the front of the grid.
‘This is the first step in re-building and strengthening our technical group. We will announce the next steps as they develop.’
Coughlan admitted that 2007 was a ‘life-changing’ experience for him, but was up to the task of returning Williams to the front of the grid in 2012.
‘I will dedicate myself to the team and to ensuring that we return to competitiveness while respecting the ethical standards with which Williams has always been synonymous.’
Williams has been under intense scrutiny so far this year with their FW33 bringing them the team its worst ever start, scoring two double-DNFs in the opening rounds, and a 13th and 18th classification in China. They are ranked only above HRT and Virgin in the points standings.
Despite their strong finish to 2010 which saw them capture their first pole position in five years, their design team failed to bring together their 2011 challenger, despite their so-called ‘tight rear end’ – an economically-packaged gearbox designed to maximise airflow to the rear of the car.
To compound matter, Williams F1 floated 27% of its business – the entirety of which originated from co-founder Patrick Head’s ownership. Share prices have since plummeted by more than 28% after their horror run so far this year.
Williams chairman Adam Parr has been hinting at a team reshuffle over the past week, though Michael had the public backing of Rubens Barrichello – Formula One’s most experienced driver. 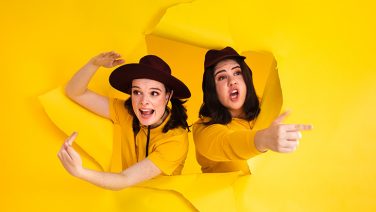