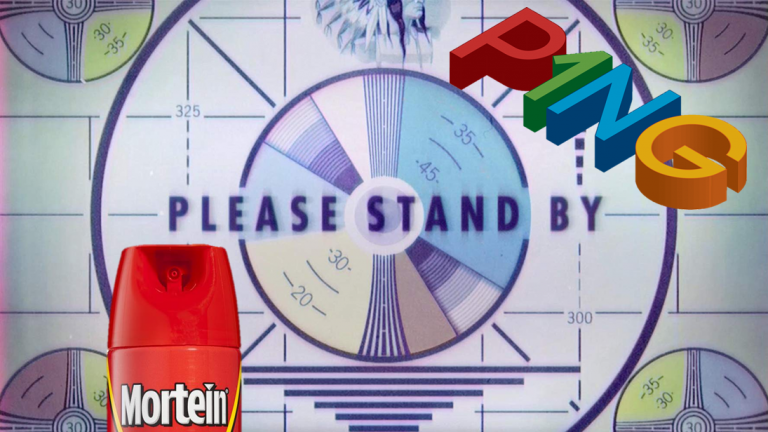 The company, best known for its domestic fly spray and mascot Louie the Fly, has made the leap to software development due to what it describes as “overwhelming public demand”.

The news was made public after an internal company memo was leaked to P1NG reporters.

When contacted about the company’s plans, a Mortein spokesperson confirmed that “several” employees were currently working on bug-killing patches for games.

“With more people playing video-games than at any time previously, Mortein recognised a potential area of financial growth,” the spokesperson said.

“This demand means that video-game developers and publishers often feel pressured to release titles early, before any glitches are rectified.

“As a consequence, consumers are often left angry because the final product is not of a quality they expect.

“With Mortein’s help, both developers and publishers are assured that their games will be bug-free within minutes.”

While developing bug-killing software may seem like a More Smart, More Safe solution, many in the industry are sceptical of the company’s plans and are giving Mortein a spray of their own.

Executive Producer of Player One, Stefan Bradley believes that Mortein will have difficulty entering an already crowded industry.

“There are already several companies and developers whose work revolves specifically around finding and removing bugs in games,” Mr Bradley said.

“Mortein’s move is about as smart as inhaling whatever comes out of their cans.”

Nevertheless, the company is expected to officially make its plans public this Friday in a joint press conference with Bethesda Softworks – a company infamous for its buggy games.

P1NG understands that Bethesda previously tried to fix the bugs in their games, such as Fallout 76, by spraying a can of Mortein.

That didn’t fix anything.

Words by freelance writer Tom Parry (by “freelance” we mean he worked for free or we’d lance him) of Art Smitten and Player One host Connor Matthews.
‘P1NG’ logo by Nick.
‘Player One News Gatherers’ (‘P1NG’) is Player One’s Investigative Journalism Unit