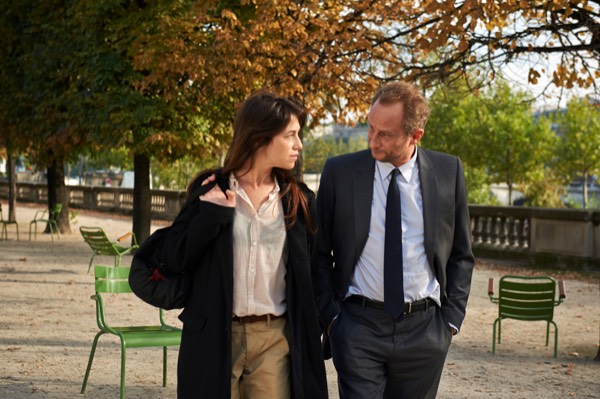 I overheard some interesting comments about 3 Hearts. One viewer praised it, saying there is something very “mature” about French films in comparison to Hollywood. Another viewer said the film is a love story “to the soundtrack of Jaws.” Both are valid, and sum up in a nutshell what is right and wrong with Jacquot’s drama.

What we have is a love triangle involving a Romeo and Juliet-esque miscommunication with snowballing consequences. But the story feels fresh because of its modernity and the depth of the characters. Marc (Benoît Poelvoorde) works in the tax office and is clearly a womaniser. When he finds himself stranded for a night in a Rhone-Alps town, he meets and falls in love with a mysterious woman he agrees to see in Paris later that week. Marc fails to make it through no fault of his own, she changes her plans and departs to the US with her partner, and Marc later returns to her town only to fall in love with another woman – the timid Sophie (Chiara Mastroianni). The thing is: the mysterious woman (whose name turns out to be Sylvie, played by Charlotte Gainsbourg), is Sophie’s sister. The plot thickens, as Marc is suspiciously watched by Sylvie and Sophie’s mother (Catherine Deneuve).

What works in this film is the extraordinary chemistry between the three leads. Whilst the characters are not always likeable, Poelvoorde, Mastroianni and Gainsbourg play them so naturally that even some quite implausible reactions are made believable. Well, almost – there are a couple of inexplicable plot points (why does Marc fall in love with Sophie so quickly? What is it about him that makes both women want to leave their partners for him?), but we can move past these because the acting is superb. And besides, isn’t love itself inexplicable? This is where the film’s “maturity” lies: in the realness of the characters and the messy complications that drive the story. This is a love story that is not written to be a “happily ever after”. It raises questions about destiny and different kinds of love: are some people ‘meant’ to be together? Are we drawn to certain people beyond our control? Can we love more than one person? Love is complex, at times incomprehensible, and not always happy.

What doesn’t work is the film’s insistence on highlighting drama and foreboding with a repetitive use of heavy warning chords: the “Jaws soundtrack”. Whilst the film does have some funny moments in its comedy of errors and observations on everyday life, it is first and foremost a drama. I do not believe the music was intended to be amusing, but the whole audience was laughing at it more and more as it was, quite simply, too much. It turned the drama into a melodrama, transforming suspense and foreboding to ludicrousness. A narrator is also, quite bizarrely, introduced half-way through the film. This is very jarring – like he has been spying on them the whole time but only just decided to talk about it.

Despite the questionable use of music and narration, 3 Hearts is overall interesting and enjoyable viewing. We know the story is not going to end well, but we want to follow it through to the bitter end – because we believe in Marc, Sophie and Sylvie, and the tragedy lies in the fact that it is impossible for them all to live happily ever after. Blame love.

3 Hearts is screening March 4 – 22 as part of the Alliance Française French Film Festival. For more details, head to www.affrenchfilmfestival.org/film/3-hearts 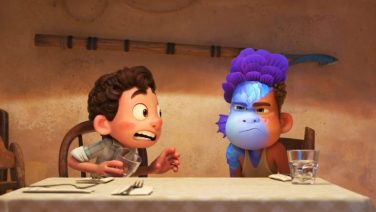