Review: Merrily We Roll Along 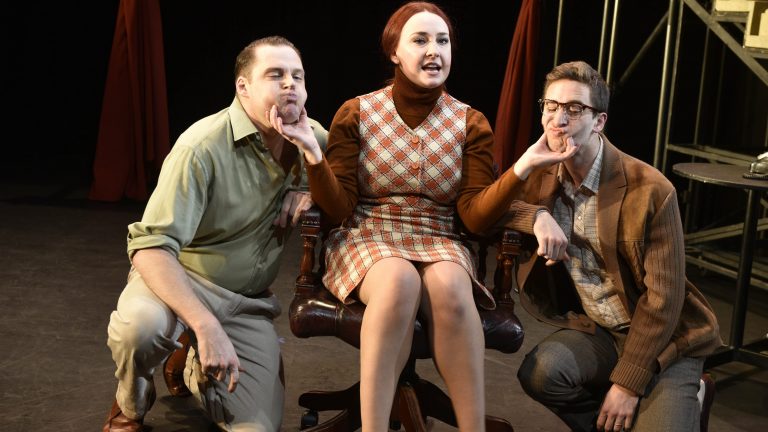 The theatre company Watch This provided a wholesome and charming adaptation of this piece.

Merrily We Roll Along follows the story of Frank and how he became the successful music composer that everyone admires. However as we slowly progress to the beginning of his journey you find out that it isn’t all that it work out to be and the choices Frank has made haven’t always been the right ones.  The narrative structure of this musical is something that makes it truly unique.  Beginning at the height of Frank’s success and finishing at the moment the three friends; Charley, Mary and Frank first meet. 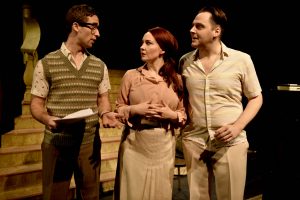 There were many fantastic elements to this show. The Classic Hollywood feel and choreography made actors like Lyall Brooks shine. It made the audience feel attracted to the Glitz and Glam of Broadway and Hollywood like Frank is. 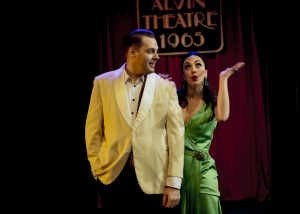 Nelson Gardner did an outstanding job as Charley. He played the role alike to Donald O’Connor in Singing in the Rain. He reflected the characters goofy persona as well as creating good chemistry between Brooks and Nicole Melloy who played Mary. 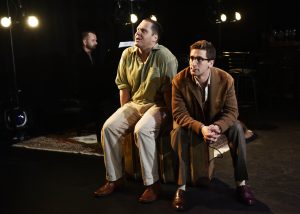 However there were moment in which I wanted there to be more dynamic effects. The setting and costume wasn’t strong. The clothes were more bland and difficult to put to a particular time frame in the beginning. It made some allusions to old Hollywood attire yet failed to deliver the intended glitz and glamour that characters like Joe referred to. I felt that the cast had an opportunity to play more on the musical’s meta attributes and play with the source material a bit more.

Another aspect that had a lasting effect on my mind was the use of bottles with no liquid coming out. At first I presumed they did so due to safety concerns and I was getting myself ready to see a interesting stunt yet nothing had occurred. Also hearing the glasses fall on the floor and be plastic completely ruined the effect of a classy affair in the first scene.

Some moments of the singing felt less strong as the music is accompanied by a single piano. However, I thoroughly enjoyed moments when both pianos were played simultaneously.

Overall this was a good production of the show, however it could have done with a fresher reworking. 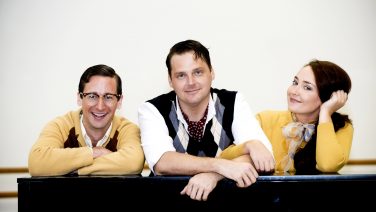 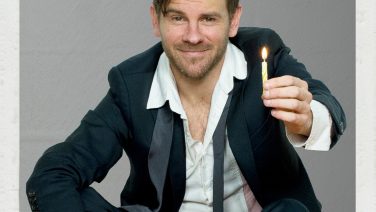