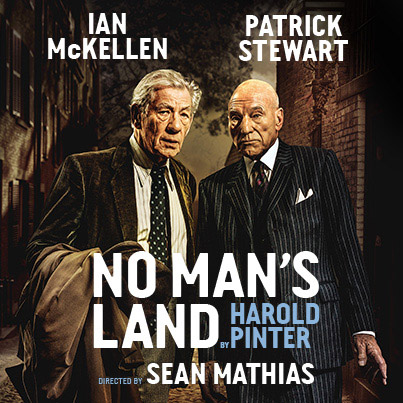 You’re listening to Art Smitten on SYN. I’m Rebecca Houlihan, and today I’m going to be talking to you about a National Theatre Live production of No Man’s Land, written by Harold Pinter, and this version is directed by Sean Mathias.

So this play was originally produced in 1975, which is where it’s set. The big draw card of this version is the two Sirs, Sir Patrick Stewart and Sir Ian Mckellen.

It’s a four-man play, and it focuses on conversations between the four characters. So that’s Spooner (played by Ian Mckellen) who’s this bumbling, failed poet, Hurst (played by Sir Patrick Stewart) who’s this successful writer that you don’t really know much about, and it’s clear his mind is deteriorating, and then the two younger men, Foster (played by Damien Molony), and Briggs (played by Owen Teale), who come into the play and you know less about them than either of the other characters, and they sort of raise a lot of the questions. So this play is really interesting because it is essentially a power play with words. Each character is trying to upstage another, and only one character holds the power in the scene at any particular time, and all the characters reveal themselves through story rather than what’s happening. It’s all in one setting, all in one scenario, so it’s what they say and do that you find out stuff about them which is a really interesting device for me. Especially the concepts it explores through this, what memory is, they’re all drinking so how alcohol affects people’s relationships, what taking advantage of people is even.

The set itself is very amazing it’s this round, enclosed room. It’s sort of feels a bit like a jail, while also being a bit comforting because it’s this nice stately room. There is very little set dressing on it, but what is, is styled to perfection. Every little part is detailed. Even the alcohol they drink, although it’s not alcohol presumably, it’s the right colour and you can see it.

The play itself is sort of very, uncomfortable and sinister in a hard to put into place way. There’s just something not quite right about the whole situation. It’s very unsettling, in a really comprehensive, but engaging way. It definitely captured my attention. It’s the sort of play I want to really study, and read reviews of, read critiques of, and try and understand what’s happening, because it’s not quite clear what they’re doing there. You sort of know a bit about the characters but you don’t really know what they’re relationships are to each other, or if they’ve even met each other before. Is all feels like they’re taking advantage of Patrick Stewart’s character but you don’t really know that.

Another interesting element is the contrast between the characters of Spooner and Hurst, Ian McKellen and Patrick Stewart. Spooner the bumbling, wanting to please Hurst, character that doesn’t really know what he’s doing and is very cringe-worthy and embarrassing, vs. Hurst who, his mind is deteriorating so he goes between being pitifully pathetic or intensely powerful, holding the scene and everyone in it.

It makes you question what’s reality and what’s not in this play.

Another delightful thing about the play is the contrast between this ethereal, existential drama, and this really abrupt comedy. In the Q&A session that is featured after this version of this film, they talk about the precisely placed swear word in it, which is really just delightful, in contrast to all this intense stuff, there’s jokes, there’s humour, it’s really quite rude, but it’s also deeply philosophical.

So even if you don’t generally enjoy shows in one setting with minimal characters it’s definitely a show to check out, if only because the actors in it are so amazing, bringing so much through their facial expressions.

It’s just really an interesting play, I just really want to watch it over and over again, and I probably will go see it again, just to try and figure out what on earth I think is happening in this play. 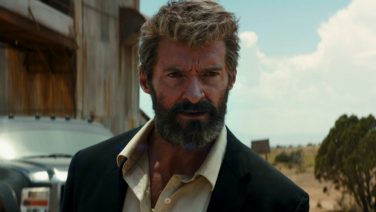 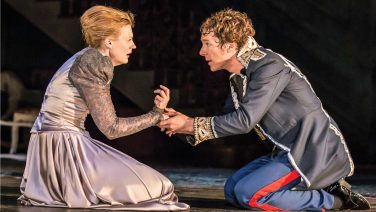 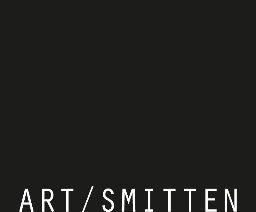