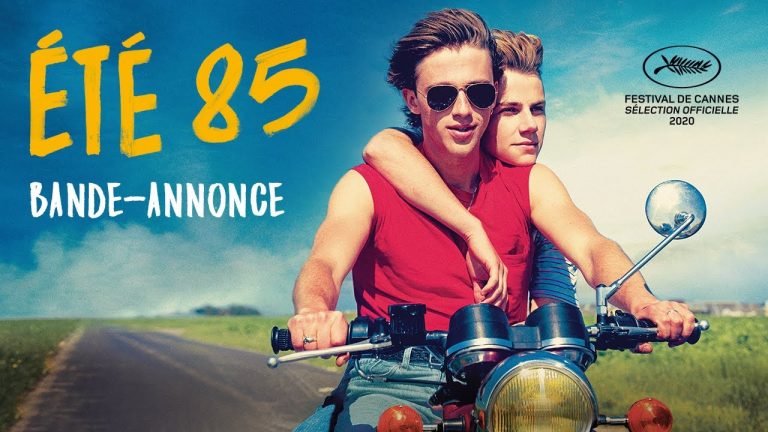 “If I die first, you dance on my grave”

Summers end. Days spent on sun-kissed beaches wash away as the cool change comes in. Looking back should cure the winter blues and build excitement for the year ahead. Though when tragedy strikes, the façade of the perfect summer quickly vanishes. François Ozon shows us just how transformative the season can be in Summer of 85.

After his boat capsizes, 16 year-old Alexis is saved by the handsome yet mysterious David. They have an immediate connection and begin spending the summer together. Their passionate time is quickly overshadowed when David dies. An inconsolable Alexis must decide whether the promise he made is worth keeping.

Felix Lefebvre is wonderfully innocent as Alexis while Benjamin Voisin is perfect as the seductive David. Their chemistry makes it easy to see how Alexis gets swept up by David. The supporting cast brings life to the seaside town. Valeria Bruni-Tedeschi as Madame Gorman steals scenes with ease and Isabelle Nanty as Madame Robin stands out in her smaller role that easily could have been overshadowed. 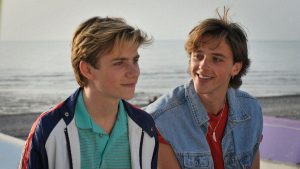 There are two timelines in the film: One after David has passed away and another while they are together. When the two are alive, the most compelling events take place. Their young love feels real and it is exciting to see where it takes them. Lefebvre and Voisin soak up every minute of screen time making it truly intoxicating to watch. However, since the audience knows what happens to David, the overarching tension of the film is dampened. All that is left to see – or more accurately hear – is Alexis’ turmoil. Voiceover is too often used to verbalise his pain. Showing it through actions would have been far more effective and engaging.

It is also used to bridge the timelines together which is baffling considering how successfully that is done visually. During the summer, the village is brighter and more vibrant. Once David has died, the weather becomes overcast and an unwelcomed darkness takes hold. With such strong visuals, it would have been nice to see more of the story being told with the camera rather than voiceover.

Luckily, the practical elements of the film have fewer problems. They work well to sell the 80s aesthetic. Everyone wears colourful shirts, jackets and plenty of denim. Payphones and typewriters are front and centre. New wave music is mixed well with the acoustic score. Never does it come off as tacky. It brings the world to life and makes these characters and their story more believable.

This is the classic French film. Full of bold narrative choices, striking visuals and an ethereal, passionate love story to top it off. Not everything works but not everything has to. With such conviction in its creation, you cannot help but go along with it. Summer of 85 shines brightest when it highlights those special people who can change our world in the most magical ways.

The 32nd Alliance Française French Film Festival runs from the 2 Mar-20 Apr, 2021. Summer of 85 will be showing in cities across Australia. You can catch it in Melbourne from 4-17 March