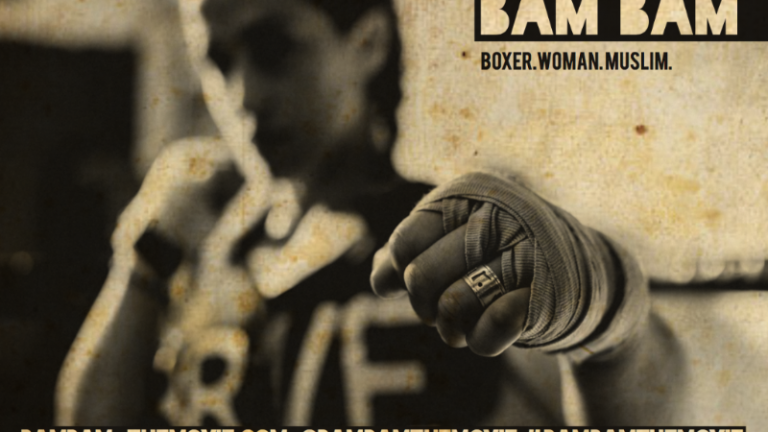 Some Australians may remember the name of Australian Muslim boxer Bianca ‘Bam Bam’ Elmir. A big medal hope for the London 2012 Olympics, she was controversially banned for doping just prior to the event. The year-long ban Elmir served is just one of many hardships she has overcome that is portrayed in a new documentary Bam Bam .

The film begins with Elmir’s shock loss in the final round of selections for Australia’s 2014 World Championship representative and then explores her fight to change that result at her next opportunity in 2016. The film tells the full story of Elmir, delving into the ups and downs of her life and who she is as a person both inside and outside of her sport.

Interviews make up the bulk of footage in the film with conversation and insight from Elmir herself, as well as from coach Garry Hamilton, mother Diana Abdel-Rahman, and other friends and family into their experiences with Elmir and their opinions on her personality and career.

Elmir is clearly a driven individual, determined to push aside the obstacles she faces as a female, Lebanese-Australian Muslim boxer. Van Loenen displays the various aspects of Elmir’s personality to the audience exceptionally, showing her as a confident and cocky boxer, an uncontrollable mischief-maker, and an emotional and lonely individual who loves her family. In spite of Elmir’s sometimes abrasive extroversion Van Loenen does well to build the viewers relationship with her and create a level of understanding about why she is that way. The film has a very relaxed, home-video feel with many scenes using hand-held cameras and being shot whilst interviewees were eating dinner or relaxing on the couch. This style helped Elmir’s personality shine through and perfectly suited her laid-back, ocker, anti-authority qualities.

The film covers events prior to 2014, such as Elmir’s difficult childhood, during which she was removed from the care of her mother before being kidnapped by her at age three and taken to Australia, which turned Elmir into an angry, scared and hardened young woman. Boxing gave Elmir an outlet and allowed her to “not be normal”. The emotional and physical toll of her 2012 doping ban is also detailed, and it is very interesting to hear this story on such a personal level.

In Australia, boxing is a controversial sport and this film will do nothing to change that. What Bam Bam will do, is open viewers’ eyes to the discipline, dedication and perseverance of athletes within the sport, and encourage people in any walk of life to never give up. Elmir is an example of what multicultural women can achieve, but beyond that she is an example of what hard work, self-belief and self-acceptance can achieve. 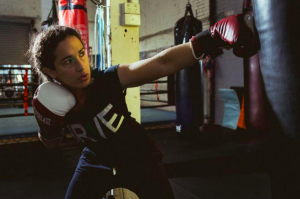