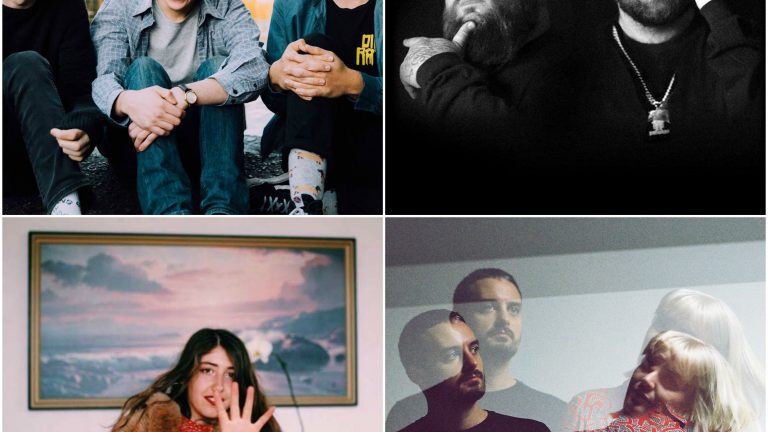 Next week hundred of will head to Brisbane’s Fortitude Valley to hear from music industry elite and check out some of the best emerging acts in the country and beyond. If you’ve had a skim across the lineup you might be feeling a little overwhelmed with choice, trying to figure out ways to split yourself into pieces so you can catch as many of the 150-odd artists, playing across 15 stages over 2 nights.

This year SYN will be heading up to the Valley to chat to as many artists as we can, so no one has to suffer any FOMO. The lineup is chock full of incredible artists, but there are some you just can’t afford to miss. Here are SYN’s top Bigsound picks.

Coda Conduct are one bad-arse hip-hop duo. Their high-energy, clever tunes and tongue-in-cheek humour have cemented them as an act to keep your eye on. Is there a track that’s more perfect than Click Clack, the role reversal rap song we all needed, allowing us to bask in the male booty? Probably not. Catch them at The Elephant Hotel on Wednesday 7th @ 8pm.

You’d be lying if you said you didn’t like a good pogo to some sweet pop punk tunes and on their debut album Spring Forever, Columbus have definitely delivered the goods. As well as supporting all the coolest bands (they’ve shared stages with The Ataris and Real Friends) they’ve also scored spots on Soundwave and UNIFY Festival. Columbus are the real deal, so see what they’re all about when they take to Woolly Mammoth’s Alehouse Stage on Wednesday 7th @ 11.30pm.

Ever since they dropped In My Hair last year, I’ve kept my eye on Fortunes. Pretty sure they don’t know how to release a bad song-  slick beats, soulful grooves and great vocals, they’re perfect for dancing and feeling all the feels to at the same time. Plus they have a track called Justin Bieber and it’s really great, which is more than I can say for its namesake. Catch Fortunes at Ric’s Big Backyard on Wednesday 7th @ 10.40pm.

Gordi’s debut EP Clever Disguise just gets it. Big pop tunes that you can singalong to (probably off-key if you’re anything like me), tinged in nostalgia, so they feel somewhat familiar but still so fresh and new. This year she became part of the Jagjaguwar and Liberation Music families, played Groovin The Moo and headed overseas- wow! She’s playing Coopers Brightside Outdoor Stage on Thursday 8th @ 10pm.

You won’t be able to keep still when The Belligerents hit the stage, that’s a certainty. Their members already have pretty sweet resumes as part of other top notch bands including Orphans Orphans, Moses Gunn Collective, and Morning Harvey, and their brand of psych-soaked grooves and all-round kookiness is something that needs to be heard. The Brissy five-piece will be live premiering new tracks from their debut album Science Fiction before it drops in November when they take the stage at The Flying Cock on Thursday 8th @ 11.40pm.

Never ones to shy away from difficult subject matter, A.B. Original is a collaboration between two of the most socially conscious and outspoken artists in Australia, Briggs and Trials. Armed with witty, tongue-in-cheek lyricism and an unapologetic attitude, the duo is helping to bring indigenous issues to the forefront of Australian music. Their latest effort January 26 features fellow indigenous artist Dan Sultan, and tackles the debate surrounding changing the date of Australia Day so well, it leaves you wondering why it hasn’t already been changed. With their showcase providing a live preview of tracks from their debut album Reclaim Australia, expect to be given a lesson in black history, whilst also having a blooming good boogie. A.B. Original hit the stage at The Elephant Hotel on Thursday 8th @ 9.40pm.

One of 2016’s breakout stars in Australian music, Alex Lahey has had a stellar year so far. Her debut EP B-Grade University perfectly encapsulates a typical early 20s existence with songs about romance, rejection, and Arts degrees. In between songs, you’re sure to be treated to funny anecdotes about the inspiration behind them, and her champ of a mum, Vicky. Alex and her band are playing their showcase on the triple j Unearthed Stage at Oh Hello! on Wednesday 7th @ 11.20pm, but there are plenty of other chances to catch her, including the Official Closing Party at The Triffid on Friday 9th. There’s really no excuse for missing out.

One of the exciting things about BIGSOUND is that it not only showcases emerging artists from Australia, but those from other parts of the world. Auckland native, Fazerdaze is one of these. Like many great acts, Amelia Murray’s Fazerdaze project began in her bedroom. She has since shared her mix of dreamy, sun-drenched pop with the world, releasing her debut self-titled EP in 2014, and recently playing dates in the UK and US. Her debut, self-recorded album is due to be released later this year, so now’s the perfect time to get lost in the moment when Amelia and her band perform on the Alehouse Stage at Woolly Mammoth on Wednesday 7th @ 8.10pm.

Ever mysterious, when NAATIONS were first announced on this year’s lineup, there was almost no information available about them anywhere. Fast forward a few months, and thankfully a lot of the mystery has disappeared, revealing a funky collaboration between Nicky Night Time (Van She) and Nat Dunn. Having worked with the likes of Tkay Maidza, The Klaxons and Jess Kent, both are well seasoned songwriters, evident in their first single Kingdom. If the power and danceability of that is anything to go by, they are sure to bring the house down when they debut their live show at The Brightside on Thursday 8th @ 10.30pm.

Like many artists Australians like to claim as our own, neo-soul singer Wallace is yet another phenomenal import from across the ditch. Based in Sydney, Wallace’s hypnotising vocals are her greatest asset; jazzy and husky, yet incredibly silky smooth. Last year she collaborated with fellow BIGSOUND-er Sampa the Great on Beauty, leaving me with everything crossed we get to experience these two special artists recreate the magic live on stage. You can catch Wallace transporting you to an era gone by at The Zoo on Wednesday 7th at 10.30pm.

If you have an eclectic taste in music, then this Melbourne based hip hop and R&B group are certainly the ones to open your mind to. Be prepared to be consumed by their signature hypnotic groove and their instrumental, meditative, spiritual and jazz influences. Check out their latest track Das Dank to gain an insight into what you can expect from this group. You might end up feeling a little dazed from the rollercoaster of sounds they’ll take you on. Did I mention that there are also nine of them? Make sure you check out how this nine-piece mingle together at The Zoo on Wednesday 7th September @ 8 PM.

Have you heard the voice on this super lady? After the release of her debut solo LP, Full Closure And No Details, I couldn’t help but fall in love with it. Her encapsulating approach to songwriting combines with some gnarly guitar hooks, to create an exciting and interesting experience for your mind. Gabriella has had a pretty incredible response to her LP since its release two months ago and highly recommending checking this one out at The Foundry on Thursday, 8th September @ 9:00 PM.

Looking for a feel good, coastal vibe band at this year’s Bigsound? This five-piece tough pop/ soft punk group will definitely churn out some bright, energetic rock & roll guitar lines and punky jangle pop for you. After falling in love with their EP Talk Tight, they’ve released their latest single Career, an ultimate jam into the surf rock world.  I can’t wait to check these boys out again atThe New Globe Theatre Thursday, 8th September @ 11:20 PM.

Looking for a new garage/punk/ psychedelic rock band to lose your heart to? Hideous Sun Demon are a five-piece band from Fremantle, WA. What you can expect from these guys is high energy performances and taste of what’s to come from their much awaited second album Industry Connections – mixed by Stu McKenzie of King Gizzard & The Lizard Wizard. Check them out at the Crowbar on Wednesday, 7th September @ 9:00 PM.

Lanks is an up and coming artist from Melbourne whose style is an eclectic blend of folk and electronic. I’ve been a fan for a while and I can’t wait to see how his songs translate in a live setting. Check him out at The Unearthed Stage on Wednesday the 7th.

Dorsal Fins are one of my favourite acts from Melbourne and I was lucky enough to watch a stripped back performance of one of their songs at the Balcony TV shoot this month (keep an eye out for that soon). They’ll have their full nine-piece band up at The Foundry during Bigsound and I believe that they’ll put on one hell of a live show. Have a listen to this upbeat tune and see them at Ric’s Big Backyard on Thursday the 8th.

Another one of Ella Thompson’s amazing projects, GL are one of the funkiest acts going around. With their modern take on ’80s synth-pop, you’re guaranteed a boogie of a lifetime. They also performed their single Indigo off of their debut album on an unmissable installment of BalconyTV. See GL at The Brightside on Thursday the 8th. 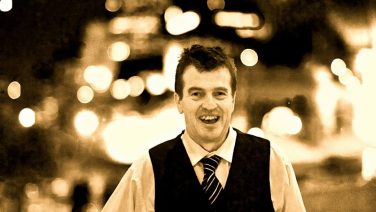 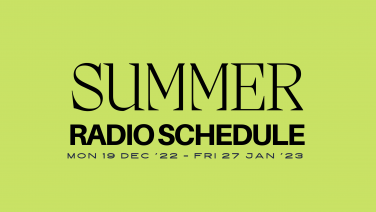