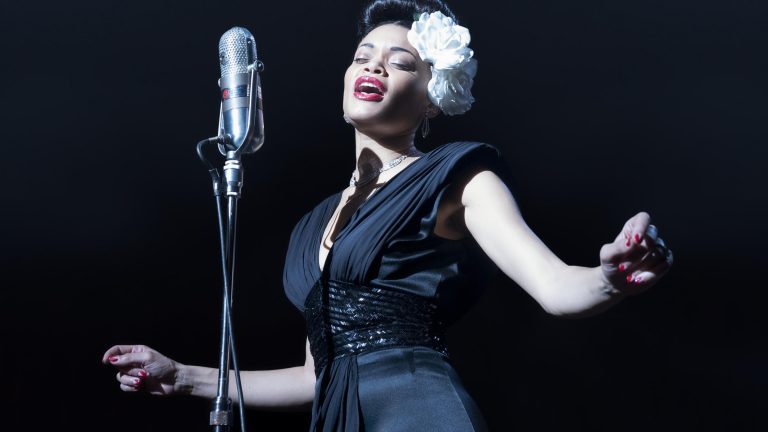 “The United States Vs. Billie Holiday is one of the many biopics that doesn’t do the figure in question justice, however Andra Day’s performance certainly does”

Biopics of musical artists, whether living or dead, tend to be characterised by the emotionally dense performances of the central figure. In Lee Daniels’, The United States Vs. Billie Holiday, that sentiment rings true, however like most biopics from recent times (think Bohemian Rhapsody, I, Tonya, Rocketman), a great central performance often masks the shortcomings that plague the rest of the film.

One of those shortcomings is the order of events in the narrative and the decision to include unnecessary information that doesn’t give a sense of the protagonist. The narrative centres around the unfortunes that happen across revered Jazz artists, Billie Holiday’s (Andra Day), life. They stem from her substance abuse, to the difficult relationships in her life, right through to her physical demise in the later years of her life. Alongside this is the mission by a narcotics chief Harry J. Anslinger (Garrett Hedlund) to stop Holiday from inciting civil unrest through her music by tormenting her and setting her up so she might end up in prison. There is also a love storyline that somehow manages to give Jimmy Fletcher (Trevante Rhodes) a redeemable arc that feels overly exaggerated. Daniels was evidently concerned with providing a portrait of Holiday that exhumed her life beyond the stage, but somewhere in the process, this approach ended up giving a one dimensional examination of the stakes of Holiday’s art and its effect on the people consuming it.

The problem with a biopic about an influential figure like Freddie Mercury or in this case, an artist that was instrumental to the civil rights movements in Billie Holiday, is that these films tend to lose sight of the intricacies that made these artists a fundamental part of musical and social discourse. The United States Vs. Billie Holiday sets itself up as a film that will go beyond the artist of Billie Holiday in order to examine her status as a voice of a movement — of a people. This is made clear through the simple insertion of ‘Vs.’ in the title, and don’t get me wrong, there are allusions (some more blunt than others) to that idea, though they aren’t supported with the necessary tools for an intricate interrogation of those ideas. 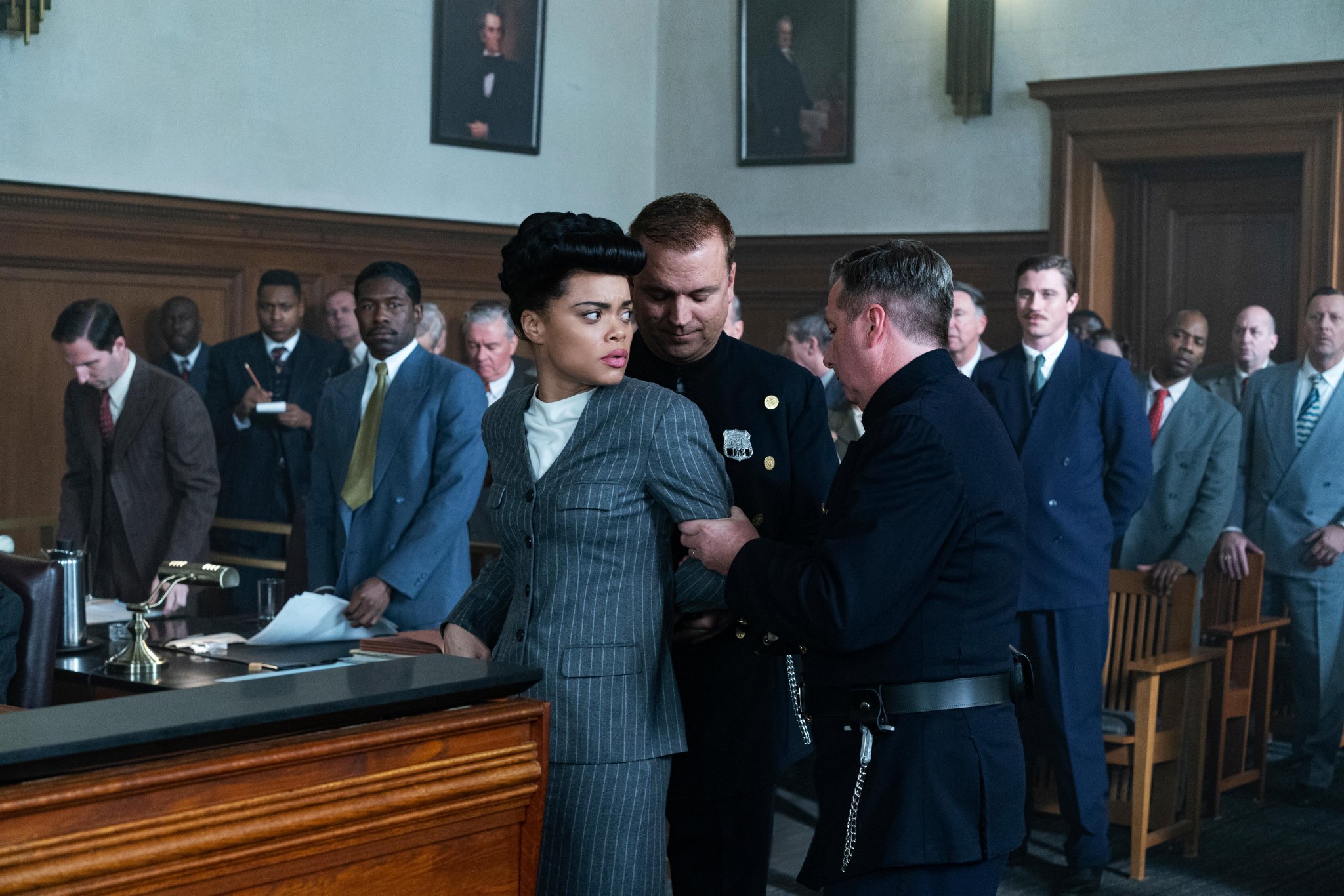 Andra Day in The United States Vs. Billie Holiday

In fact, Daniels’ portrayal of Holiday never — save for one sequence in Carnegie Hall — examines the moments of her life that gave weight to her impact as a cultural icon. That Carnegie Hall sequence and Andra Day’s rendition of Holiday’s iconic song “Strange Fruit”, reflects what this film should have been — a film that leans into Holiday’s presence and the questions that her music asked (and continues to ask) of the world we’re living in. This sequence not only encapsulates the aura of Holiday and begins to consider questions pertaining to systemic racism, but it also brings the USA Vs. Holiday dynamic to the forefront of a film that for the most part, struggles to provide a well-rounded investigation into Holiday beyond her difficulties with substance abuse and abuse in general. The central framing of Holiday in this sequence reflects the resilience and defiance she had towards injustice and white supremacy, yet it also captures her in her singularity, beyond the struggles in her life.

The problems emerge when Daniel’s steps away from the stage and begins to skim the pages of Holiday’s life. There are frequent cross fades or just montages from one frail moment in Holiday’s life, to another. The result is one that provides a despondent look at Holiday’s low points rather than the intended solemn portrayal of key, high points like the aforementioned Carnegie Hall sequence of her resilience and singularity. The film is too concerned with the makeshift that it loses sight of its potential as a biopic — to serve as a vehicle for Andra Day’s performance. When the film does tap into the effect of Holiday and her music, it makes for an interesting viewing, however those moments are few and far between or just take far too long to get to.

It is no coincidence that biopics focusing on key figures in society are continuing to emerge. When a performance like Rami Malek’s as Freddie Mercury, Gary Oldman’s as Winston Churchill, or Andra Day’s as Billie Holiday are in question, the result is one that can often make you forget about any of the shortcomings that bubble beneath the surface. The same can be said about The United States Vs. Billie Holiday which is bound to win Andra Day an Oscar in a few days’ time. However, Andra Day, like the actors mentioned, can only do so much when the figure she is playing doesn’t receive the representation they deserve. The United States Vs. Billie Holiday is one of the many biopics that doesn’t do the figure in question justice, however Andra Day’s performance certainly does.

The United States Vs. Billie Holiday opens nationally from the 22nd of April 2021 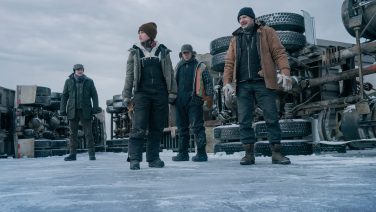